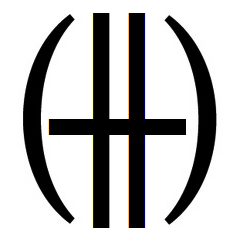 “It's what moves the galaxies, it's what makes every pure creature and every rotten being from here to the outer reaches of space do what we tell them. It's what every civilization revolves around, a token that makes every part of society do its bidding. It's money, general, not force.”

The Federation Corona, also known as Federation Crown or simply FC, is the official national curency of the Federation of the Core Worlds, as established in its Constitution. It was first minted at the founding of the Federation, and has since changed little. It's sign is (╫), which originated from an early royal crest. Each Corona consists of 50 Coronets, which are represented by the (╪) sign. Coronas remain one of the highest-valued currency in the entire First Gigaquadrant, backed up by the IGBC and kept stable by the Federation's bustling economy.

The currency is minted only by the InterGalactic Bank of the Core, the Federation's national bank, and are present in every of the Federation's territories, though it is also widely accepted throughout the First Gigaquadrant. At current issue, (╫)1 is equal to around §12,500. The federation's entire economy is based on the Federation Corona, and the biggest reserves are kept at the Bank's headquarters in financial planet Coalithia.

Retrieved from "https://spore.fandom.com/wiki/Fiction:The_Core_Federation/Currency?oldid=343989"
Community content is available under CC-BY-SA unless otherwise noted.