Simulator of this plane of reality

The Box is the device (probably not literal) or mystical phenomenon that is believed to limit the powers of all supernatural Essence-based races. Ideas about the Box are usually connected to theories of Chaos, such as that the Box simulates the omniverse via Chaos and determines the rules for, the players of, and prevents cheating in the Game.

The location of the Box is thought to have been discovered by Zargoth, but it is currently unknown to the rest of reality.

The Box's origins are completely shrouded in mystery; much like phenomena such as Chaos, it is often speculated to have existed before the present state of the omniverse. Likewise, its contents (assuming it is at all analogous to a physical box) are completely unknown.

In the March of the Apocalypse, the Vyro'Narza sacrificed themselves to weaken the Xhodocto. Although it appeared that is was the powers of the Vyro'Narza that had this effect, another widely-held belief is that they sent a mesage to the Box to create an Extension, which used the Box's powers to weaken the Deathmarch during the Descension and prevented them from attacking the universe.

Most of the universe first learnt of the Box during the Second Coming; during the Annihilation a Vyro'Narza claimed that the whole of their reality was a simulation of the omnipotent races. This also provided an explanation for not just the March of the Apocalypse, but also the Second War of Black Fog shortly previous - apparently, Shu'rimrodir was indirectly ordered to destroy the Extension; when he did so, the Xhodocto attacked the universe to help reality.

Also during the Annihilation, the Box channeled Psionic Energy, creating the Xol'Etra. When the Xhodocto grew beyond the box after, it also made the Xol'Etra another member of the Ominpotents.

The Box is known by its name due to the presence of "contents", but the nature of these contents is unknown.

An Extension is something contains a small fraction of the Box's power, which can be used in a single location for a relatively minor purpose. Besides the Extention thought to have been used by the Vyro'Narza, some also believe that their Time manipulation pods are an extension of the Box's time simulation. 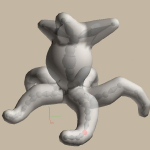 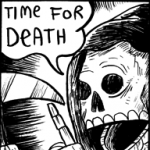 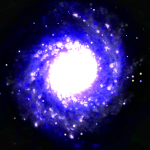 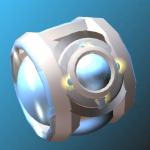