Technocracy of the Grox 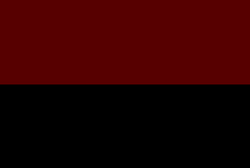 Intergalactic
(Once the third largest Starrlinese Empire at territorial peak)

Being a hyperpower, large navy and army, fearsome presence and influence, Groxologism, gigastructures

Quadrillions of constructs and automated ships.

Eliminate all threats to progress in the Empire, begin new colonization efforts across the universe

Technocrats of Tiorolc, Democratic Republic of the Grob

War of Eternity and Horror, War in Heaven

“I believe the main difference between the Grox and the other intelligent species of the galaxy is that while the scientists and researchers of most empires support the economic and technological growth of their nation, the Grox have chosen to take the economic and technological growth into their own hands by putting the scientific elite into the position of government.

The Grox have a twisted way of thinking, there's no denying that. Compared to the rest of the universe, the Grox are so influenced by and obsessed with science to a point where their citizens are nothing more than working drones to them who receive an education and then are immediately pushed out towards a job in which they have no say in and have to work in horrible conditions or face strict punishment. The Grox do not hold freedom. You can argue that they have elections, that the Grox are ruled under a democracy and that there is little to no corruption in their government, but then I point to the issues of the lack of freedom of expression, thought, speech, and religion. I point to the countless species which have been exploited and enslaved by the Grox for their own selfish gains. I point to a society that cares not for its citizens, but only cares for an outdated philosophy that should have been thrown away by its people before it was too late.
The people of the Technocracy are now nothing more than slaves, just like the slaves and constructs who serve them. It's nothing more than a country filled with slaves ruled by the elite.”

- The Technocracy: A Modern Look on the Grox

The Technocracy of the Grox, informally recognized as the Grox Empire, is both a technological and military superpower hailing from the universe of Starrlin and one of the two hyperpowers of the universe after the collapse of Germania. One of the most powerful forces Starrlin has ever seen, at the height of its power, it was the third-largest Empire located entirely in Starrlin.

The origins of the Technocracy can be traced back to the Technocrats of Tiorolc, an extremist organization that, through democratic efforts and dumb luck, managed to gain complete control of the government of the Democratic Republic of the Grob. Ever since the power-grab of the Grob have been achieved by the Technocrats, they have spread their influence across the galaxy for millions of years. Their mass-colonization of countless galaxies across a large-span of time left a large impact in the lives of millions, if not hundreds of thousands of species spread across their affected galaxies, (for good or bad)

The Grob, as the Grox's ancestors were called, were nothing more than a race of semi-sapient humanoid proto-mammals lingering in the habitable regions of the arid deserts of a radiated Tiorolc. Tiorolc was almost inhospitable, water was scarce and the Grob faced challenge after challenge from the harsh predators which preyed on the Grob's young constantly. However, the Grob would survive, purely by coincidence. An unknown race, not known to the modern races of Starrlin, would crash-land on the planet due to a space-battle with pirates on the way to colonize another selected target.Luckily for them, while most of their colonization tools and population were lost in the attacks, the escaped colony ships managed to hold on to three important things: One, a large enough population (of around fifteen thousand) to sustain a minor colony. Two, a single charge of a terraforming tool similar to the Staff of Life. Three, a communications device which, although damaged, could be repaired.

So the Mysterious Peoples terraformed the once inhospitable surface of Tiorolc, to a degree. The device did not work as they had intended, and the tool only affected certain areas of the planet, leaving most of the planet still an arid wasteland. You can see where this leads- a mass migration into the forests and grasslands which the Mysterious Peoples intended to colonize.

What do you do when millions of a species waltz into your colonies under construction? What do you do when you are so desperate for work, yet you possess a low labor pool? The answer is "Enslave those bastards who walked into your lands without asking.", at least according to the Mysterious Peoples. The Grob now belong to the Mysterious People, and they are forced to be mere slaves without rights to the people. Thus began an era of helplessness and fear, in which their owners did (things that I cannot mention in this article) The Mysterious Peoples, now with a labor pool in the hundreds of thousands, began putting effort into setting up small communities of towns. Crude buildings were built, out of iron and resources left in the ship. The groundwork was laid for future generations to create cities. A long process, but one that would happen one way or another. They made sure of it. (Un)Fortunately, their plan of slavery was to soon backfire on them.

What do you do when millions of your people have been enslaved by strange aliens with a population of 6x less than yours? The answer is "Rebel and kill your captors.", at least according to the Grob. So it was done. A wave of mass panic and anger spread quickly across the enslaved members of the Grob. Riots ensue, and you can see where this is going... The total flip of power from the now recently uplifted Grob and the Mysterious Peoples which once ruled over them with an iron fist. Some Grob even had the idea of salvaging bits of their former-captors guns, swords, and buildings for new resources. Reverse-Engineering, if you can call it that. Even if the scraps of metal or wood weren't used in their intended ways, it was still something to fight against the Peoples. Swords, guns, shields, basic wooden and stone huts. They figured out how to hold, shoot, and aim guns before they learned how to build temples, houses, and stadiums. They charged with an iron sword and shield in bronze armor before they even knew how to convey their speech in writing. Eventually, their plan of liberation succeeded. Their captors, once owners of millions, became nothing more than the slaves of the now collectivized Grob which forced the Mysterious Peoples to educate their people, build towers for their leaders, and farm the crops in the Grob's fields. The war crippled the Mysterious People's population, dropping their population from 35,000 to nearly 1,000, which meant that the Grob had to constantly find a way to keep the Mysterious People's population from dipping too low while also finding a way to make sure that the Mysterious People's population did not exceed the Grob's capabilities. One bad decision leads to another, and eventually, the Mysterious Peoples disappeared one by one until there were none left. Needless to say, this resulted in disaster.

During the revolution, the Grob were a collectivized, almost hive-minded like swarm to the Mysterious Peoples who appeared suddenly and out of nowhere. There was no difference between two warriors. Both men wanted one thing, and that was liberation. When the war was over, the need for a single, unified ideology slowly became... useless. The first independent thoughts of politics, ethics, civics began to appear. With this, the once unified City-State with a population of several million lost its purpose. Most Grob began salvaging the city to go create their own factions where they would create tiny towns for their citizens to live in. Thus began the era of divided nation-states. The age of cultures, customs, music, arts, faith, and sciences began. At first, these divided nation-states shared much in common, however, as years went by these nation-states slowly began drifting in their separate directions due to self-imposed isolation. Trade still occurred, but it was selective and highly regulated. This, in turn, allowed the nation-states to gradually individualize while also keeping a steady flow of imports and exports to keep their economies flowing.

Throughout Tiorolc's history, Empires and Kingdoms have risen and fallen. They may have left a lasting influence on culture and religion, but eventually, their culture and religion gets absorbed into the larger pile of religion and culture and is lost in the pool that is identity. One nation, however, managed to avoid becoming the victim of a *loss of culture* by openly accepting other cultures and fusing it to create a unique and strange culture which the Tiorolcan Queens and Kings had not seen before. 776 BT marks the year when Tiorolc's future overlord would be created; The Democratic Republic of Zhüsa, a tiny confederation comprising of a few vassals who had recently gained independence from their overlords up north. The independence of the DRZ immediately caused a giant ripple across the political landscape of Tiorolc, who were certainly unused to seeing democracy, let alone political freedom being a thing anywhere. They were one of a kind- the first true democracy of the world. Democracy was at first shunned by the conservative rulers of the world, although some liberal philosophers and royalty took a keen eye to the newly founded Democratic Republic.

1T marked the day that the Grob would refer to themselves only as of the Grox. The country was reformed into a totalitarian one-party dictatorship and the Technocrats immediately began to stomp out any opposition to their regime. Policies were put into place to steer the economy into research and industry and soon all forms of revolutions were crushed. The Grob didn't care in the end, and they would soon come to enjoy the new regime.

Retrieved from "https://spore.fandom.com/wiki/Fiction:Technocracy_of_the_Grox?oldid=856870"
Community content is available under CC-BY-SA unless otherwise noted.