Core of the Hypramedes Galaxy

All of the Kkrotids will die!

No currency, they conquer what they want

“If you are in league with the Grox, leave now! You filthy savages are dirtying our eyes!”

After the Ilegan Empire was destroyed by the Kkrotids hundreds of years ago, they migrated to the Hypramedes Galaxy. Since then, they have been amassing hundreds of races to get their revenge on the Kkrotids. In fact, Tannovek is the Ilegan word for vengeance

In the early years of the Ilegan Empire, their area of the galaxy was quite peaceful. The local "star neighborhood" was quite friendly. It was inhabited by them and two other scientists (Krugulos, Death Reapers), two traders (Firestorm, Joku), a bard (Wubble), a diplomat (Corpcon), two zealots (Ashonas, Ixplix), a warrior (Oobergrowb), and the early Kkrotids. The Kkrotids found a tribal planet called Nortom and wished to observe the locals, the Kkintoran, reach space travel. This became known as the Era of Caution. The Kkrotids viciously guarded Nortom and another tribal planet in their homesystem. Any ship that entered without clearance was destroyed. This sparked no fewer than four wars with the Kkrotids, all of them ending in horrible defeat and the Kkrotids doubling in size each time. The 1st War of Tyrants against the Quabart Empire, the 2nd War of Tyrants against the Dino Imperium, the Tefutyrins Guardian War when the Tefutyrins invaded Nortom with their full scale military, and the 8-Day Ilegan War. The Ilegans were brutally destroyed in a crushing defeat, and forced to flee the galaxy. 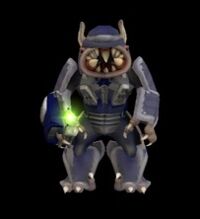 The Ilegan Surviving Empire (formerly the Ilegan Empire) was once a scientist empire until it was destroyed by the Kkrotids hundreds of years ago. The survivors vowed vengeance and they now control the core of the Hypramedes Galaxy and command many species in their grand army. 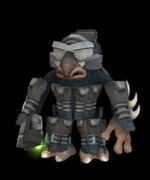 The Yoggnu Empire is a small wanderer empire with many colonies. They are, however, one of the single most intelligent races in their galaxy, so they are one of the most important members of the Tannovek. They are, by far, the most plentiful Tannovek species. 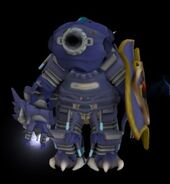 The Sentinels are a species used as heavy soldiers deployed to guard important bases in groups of four to six.

The Ovlae Consortium is a scientist empire that specializes in creating nuclear and antimatter weapons technology. They have designed hundreds of weapons for the Tannovek to use in their quest. 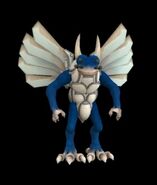 The Ak Tamaou Confederation is a small scientist empire with a few zealous principles. They often are used to operate artillery and other heavy machines and ships due to their excellent reflexes.

The Homarran Empire is a zealous crab-like species that inhabit many T0 worlds due to their incredible adaptibility to harsh environments. They enjoy toying with lesser civilizations. They are considered a member of the Tannovek, yet they retain much of their independence. 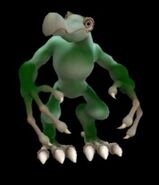 The Tuvela Imperium is made up of small bird-like creatures who are often used as grunt and slave workers due to the fact that they can carry over twenty times their body weight. 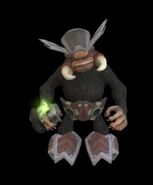 The Enelarg Empire are a dull-witted species used only to intimidate enemies with their brute-strength and ferocity. They are worth almost nothing to the higher castes. 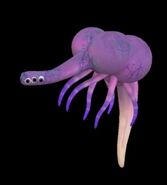 The Synthus Empire are a species of "Truly Alien" ammonia based lifeforms that are used as engineers for spaceship repairs. They can survive in the vacuum of space.

The Nurg Empire is an empire of tall creatures that are commonly used as elite soldiers when Ilegans and Sentinels are unavailable. 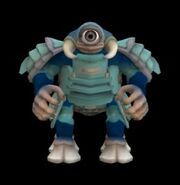 The Ramik Imperium is one of the minor empires in the Tannovek. They are often used as grunt soldiers.

The Keelaw Pirate Legion is a small division of an empire in the Warnopler Legion. They are a member of the Tannovek, and often have raids on enemy planets rather than military attacks.

The Sulfuras, hailing from the volcanic depths of Minahara, are sulfur-based (hence the name) fungal sapient lifeforms. Quite intelligent but weak, their homeworld was invaded and destroyed by Kkrotids a century ago. They are now planning their revenge.

With a totalitarian government, their society is mainly based off of military rank and social status.

Ilegans, with their militaristic society, often use military ranks to display social status. In fact, their military leader is also their government leader.

The Retibar is the supreme leader of all of the Ilegans. He is also the reigning ruler on New Ilega (the current Ilegan Capitol) and all of the Ilegan colonies. He is the founder of the Tannovek alliance, and is a skilled warrior trained in many martial arts. He is usually kind to his people, but heretics are dealt with swiftly and brutally, and he usually has prisoners of war executed. The current Retibar is called Totalas'tarinius.

The Council is made up of twelve of the highest-ranking Ilegans in the empire. They make important decisions, and plan most of the military action. The Council is composed of the Council Speaker, his three Senatorial Councilors, and eight Representative Councilors.

Fleet Admirals are leaders of large fleets of ships. There are currently eight fleets led by Ilegan Admirals. The Current Supreme Imperial Admiral is called Emdan'sar. He leads the Tannovek main fleet, the Fleet of Vengeance.

Field Generals are the leaders of large invasion garrisons, and some smaller fleets. They coordinate many of the important invasions such as the "Strikeback" (a invasion to attack a Grox planet after they capture planet Rons). The current Supreme Imperial General is called Emado'eet. He leads all of the main Tannovek Army.

The Honor Guard is an elite division of Ilegans completely dedicated to guarding the high-ranking Tannovek officers. They are genetically engineered to be almost two feet taller than the average Ilegan.

The Yoggnu Supreme Commander is leader of all of the Yoggnu. He displays immense courage, and is one of the most important and key leaders in the Tannovek, perhaps even more than the Retibar, and is by far the mosy intelligent. He primarily specializes in leading and planning ground assaults. He is commonly found, like the other leaders, on B'Aloe (Yoggnu homeworld) or on Tannovek Fortress World 01. The currnt commander calls himself "The Commander", but his name is Suth'Yarosa'Minaris.

The Tannovek is an alliance of species in the Hypramedes Galaxy. The founders, the Ilegan, were once from the Milky Way. They were a peaceful and scientific species, but when they landed troops and artillery on planet Nortom during the Guardian Era, the Kkrotids viciously destroyed them in the 8-Day Ilegan War. The Survivors left the galaxy with great hate for the Kkrotids, and vowed vengeance. Soon, they met the Yoggnu-Q'vorr alliance and the three of them founded the Tannovek Alliance. Soon they met other species including the Enelarg, "Sentinels" (real name unknown), Ovlae, and Sythus species and assimilated them into their army. The Tannovek currently has three major members, five average empires, and over 200 minor members.

The currently inhabit most of the core of the Hypramedes Galaxy.

They have about sixty colonies in the Perseus Arm of the Milky Way Galaxy.

Much of this technology was developed by the "Big Three" species (Ilegan, Yoggni, and Q'vorr).

There are many different types of ship used by the Tannovek.

SILO is a superweapon used by the Tannovek. It stands for Short-Ranged Intelligent Life Obliterator. It uses neuron waves to overload brain cells, and destroy the minds of all intelligent life on a planet. The recharge time is known to be quite long (months at a time), but it is one of the most well-defended areas of Tannovek activity.

Hierarch Gathra, the representative of all the minor races to the High Council.