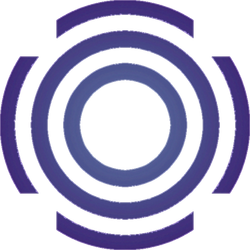 “Personal experience has taught me that Sumikians, the conniving businessmen that they are, love to talk. Get one speaking and they won't stop until you have been convinced of whatever it is that they are proposing; never even giving you a chance at a rebuttal. Now imagine, if you would, an intricate webwork governing every choice made by these salesmen; an environment of political manipulation, assassinations, and, above all else, monetary profit.”

The Sumikian Commerce Nexus (Sumikian: Ja Jⱥṇ Kó Sûmik [d͡ʑa d͡ʑɘɳ kʰo1 sɯmɪk]) is a sizeable economic power and aristocratic government within the central Imi-Xal Sector of the Tuuros Galaxy. Usually regarded as Tuuros' economic powerhouse to the more civilised reaches of the galaxy, the Sumikians offer no true political allegiance to other states, and in turn receive a majority of the Tuuros Galaxy's trade routes and legally sanctioned items of interest. One of the elder powers of the galaxy, the Sumikians and their governance are respected and simultaneously notorious for their sharp strategic intellect, technological prowess and overall wealth in comparison to the rest of the Frontier.

The Sumikian race ascended to interstellar politics amid the 45th millennium BC, in the intermediate phases of modern Tuurosian history. At this time, the Asilaphean Empire and Nanusuloan Convocation were the dominant powers of the Tuuros Galaxy - the eastern Frontier was largely controlled by their governance. Until the establishment of the Sumikian Commerce Nexus, the western Frontier was not well understood nor well explored by the eastern powers; the Asilapheans held marginal presence there in the form of surveillance parties scouting distant worlds for viable lifeforms, whilst the Nanusuloan Convocation remained somewhat uninterested in the opposing regions of the galaxy. What was understood of the western Frontier at the time was highly limited - it was understood that strange occurrences of an unnatural nature emerged on occasion from the Schism, and the mysterious presence of the Antiquarian Collective appeared to originate from the distant edges of the west. The Sumikians thus were allowed to freely develop and evolve their society without much hindrance from the Asilaphean Empire, and it is believed that their civilisations did not initiate formal contact until several millennia after the Sumikians became spacefaring.

Not coinciding with the robotic ideals of Asilaphean might, the Sumikians were considered an affront to Tuurosian idealism; they were not strong of character nor of any physical might. However, the Asilapheans severely underestimated the strategic skill of the Sumikians and their unclassified technological advancement; for several thousands of years after they made contact, the Asilapheans struggled to push forward any territory against the Sumikian Commerce Nexus. Eventually, an accord was met with the mediation of the Nanusuloan Convocation - which allowed the Nexus to grow in power in the western Frontier whilst the Asilapheans were exposed of their atrocities that they committed across the galaxy. Though large scale conflict was quashed by these negotiations, Asilaphean and Sumikian skirmishes still occurred in the fringes of Sumikian space in the years after.

In the late 23rd millennium BC, the Vranntan Order rapidly emerged in the central galaxy, creating a dangerous threat to the three main powers of the galaxy at the time. The Nexus utilised a vast sum of their resources to create a blockade among the southern border of their territories to hold back Vranntan assault; however, despite potential Vranntan aggression, much of the Order's military might was directed at the Asilapheans and Nanusuloans, allowing the Sumikians to circumvent the aggression that plagued the Frontier at the time. It is thought same Warlords of the Vranntan Order exchanged economic agreements with the Sumikians for military ceasefires, which benefited both parties in a conscious effort to repel the advancing Asilapheans.

Unusually, the Sumikian Commerce Nexus was not a subject of mass attack from The Congregation during its occupation of the Tuuros Galaxy. Though piracy orchestrated by the generals of the Congregation was common - cutting off trade routes and plundering supplies of raw materials and technology, few worlds were lost to The Congregation despite the Sumikian Commerce Nexus being the astrographically closest power to the Schism. Reasons for the Sumikians avoiding such aggression remains a topic of debate in modernity, although it was a likelihood that Lord Zhuleshxi intended to dissolve the Nexus in ways far more discrete than that of his violent crusade across the stars. Though a comparative negligible number of Sumikian lives were lost in the wars against the Congregation, economic pressure became severe in several instances as the Congregation indirectly isolated them in the galaxy. This prompted the Sumikians in the midst of galactic turmoil to open more diplomatic routes with Tuurosian powers, which encouraged economic growth in the Nexus as they began to profit from the warring that other civilisations were exacting upon themselves. The Sumikians expanded to form a secondary territory in the Xittan-Yaton Sector, neighbouring the Nanusuloan Convocation and Asilaphean Empire, which in its time became Tuuros' most organised region of space.

Until the political dissension that formed the Nijusi Syndicate in the early 18th century, the Sumikian Commerce Nexus was regarded as Tuuros' foremost economic power. A majority of trade, movement of wealth and cultural diversification was centred upon the Commerce Nexus, and despite occasional aggression from the Asilapheans, Vranntan and the Congregation, the Sumikians prospered amid the cataclysmic genocides that occurred frequently around them. A severe blow to the economic and political standing of the Nexus was executed by Tuk Nijusi - a leader of the immensely formidable Marecosi Coven. Nijusi covertly siphoned a sizeable amount of resources from the Nexus whilst accruing an immense clientele from the Vranntan Order; paired with his own fleet, Nijusi unleashed an onslaught within the Xittan-Yaton exclave. In the two year siege, several millions died attempting to oust Nijusi out of the Sector, and aid from both the Asilaphean Empire and Nanusuloan Convocation proved unsuccessful as the Vranntan Order pressured them on both sides of the galaxy. Nijusi's establishment of the Syndicate halved the territorial expanse of the Commerce Nexus, and thus nearly half of its economic output.

In the millennium following the collapse of their secondary territory, the Sumikian Commerce Nexus has been in state of economic stagnation; the Nijusi Syndicate's economic growth is largely attributed to the underhanded piracy and misdirection of trade routes from the Commerce Nexus, although relations between the Commerce Nexus and the Nanusuloan Convocation have improved, indicating a more stable trade line between the two civilisations. There remains a subject of contention between the Sumikians and the Asilapheans, although it is known that the two civilisations frequent economic trade.

An aristocracy by function, the Sumikian Commerce Nexus is held together by numerous and aged dynasties of Sumikian families that retain wealth and a sense of political control over the Nexus. However, Sumikian constitution establishes the position of a Màrjⱥṇ or Autarch; an elected individual of a noble family that presides over a chamber of ministers in an arbitrary role. Though there are several ministers that manage the Commerce Nexus underneath the Autarch, the Autarch is tasked with preserving constitutional integrity and transparency within the government. This is not say however that governments of the Commerce Nexus have been politically transparent throughout the course of history; there have been innumerable instances of corruption from ministers and Autarchs which are usually met with reshuffles of cabinets, and more significantly capital punishment of those who transgress constitutional purity.

Sujun Parshi is the 39th and current Autarch of the Sumikian Commerce Nexus. With most of his tenure occurring during the time of a diversifying Tuuros after the dissolution of the Congregation, Parshi's role as Autarch has been largely uneventful, and perhaps even peaceful by Tuurosian standards. Maintaining partnerships with the Nanusuloan Convocation, Parshi seeks to further maintain the relative balance that Tuuros currently experiences, although he like many governmental leaders across the galaxy fear that a cataclysmic war is on the horizon.

Since the schismatic division of the Commerce Nexus and the Nijusi Syndicate, the Sumikian Commerce Nexus has maintained a system count of approximately 704,840 systems. Residing within the inner ring of the Tuuros Galaxy, the Sumikian Commerce Nexus is one of the most densely spread territories within Tuuros with none of its territory expanding outside of the core regions. The compact and highly fortified location of the Imi-Xal Sector have granted the Sumikians a strong foothold in the galaxy - the Vranntan Order and the Asilaphean Empire have struggled to invade the Imi-Xal Sector for millennia despite the small size of the territory.

The Sumikian Commerce Nexus is divided into eight smaller provinces governed by councillors and ministers that preside on the Autarch's council; of which is situated in the Sumikian heartland of Sumik.