Sovereign Domain of Azuxachor
Member of the Republic

Remnant of Brood of War in Cyrannus

“The greatest way to live with honour in this galaxy is to be what we claim to be. We are the defenders of the defenseless and a bulwark against which no evil shall ever pass. With the signing of our great Pact of Reconciliation, I hereby declare and affirm the rise of the Sovereign Domain of Azuxachor!”

The Sovereign Domain of Azuxachor is an interstellar political entity based in the Cyrannus Galaxy, forged upon the collapse of the Brood of War and the signing of the Pact of Reconciliation between the Brood's Cyrannian colonists and their distant relatives, the Azuachoran—more commonly known as the Cyrannian Zazane. Led by Grand Lord Hadruz Kullearm, a former Brood fleet commander, the Sovereign Domain is an independent member of the New Cyrannian Republic, though retains sovereignty over internal security and to a great extent, foreign relations.

With the death of Tyraz Breek and the collapse of the Brood of War, the territories of the Brood within the Cyrannus Galaxy were left in chaos. With no clear successor emerging in Andromeda, the fleet commander Hadruz Kullearm—known for his service during the Great Battle of Venetia—returned to the capital of the Brood's colonial sector in an attempt to restore order. After several months, Kullearm proved himself to be a capable political leader and a gifted negotiator, holding together the Brood's territory in Cyrannus under a single ruler.

With the aid of the Mou'Cyran Accords, stability returned to the sector, while Kullearm—now crowned Grand Lord of a new council—worked to reconcile the Andromedan Zazane with their ancient cousins, the mysterious Azuxachoran. Though the Azuxachoran government distrusted the extragalactics, within three months they had agreed to sign the Pact of Reconciliation with their Andromedan kin, forging the Sovereign Domain of Azuxachor, named after the Zazane empires of old.

Under the leadership of the Grand Lord, representatives from the Sovereign Domain travelled to Mou'Cyran, where negotations began for the Domain's assension to New Republic membership. Within the Republic's Galactic Senate, reception was mixed. Many senators argued that while the Brood had been a loyal and worthy ally since the days of the United Republic of Cyrannus, the Zazane would not be able to adjust to the limits the Republic placed on warrior cultures. Others, including future President Nexarón Valkistair, argued that both the former members of the Brood and the Azuxachoran were people who valued loyalty, honour and peace through order, values enshrined in the Republic's founding documents.

After weeks of deliberation, the Sovereign Domain ascended to New Republic membership. Though many traditionalists in both factions were sceptical and even distrustful, both the Zazane and the Azuxachoran quickly became respected members of the Republic, particularly in the ranks of the Republic Army, where they became trusted warriors intent on protecting the Republic and the ideals it upheld.

“All life betrays itself and dies. To attempt to preserve one's life is pointless. Loyalty must be given to something greater than a single life.”

Unlike the kratocracy of the Brood of War, the Sovereign Domain is an elective monarchy as per the traditions of the Azuxachor, which was united upon the end of the Great Clan War over five hundred priors prior to the Great Cyrannus War. Executive power is placed in the Grand Lord, who can serve indefinitely at the pleasure of the Council of Azuxachor. The position is based on Tyraz Breek's role as Lord Councillor of the Conclave, though political disagreement tends to be settled through debate rather than duels. Nevertheless, more traditional councillors may wish to fight to retain their position, an option open to all and seized upon by many. The Council of Azuxachor is a largely ceremonial body, having little real power when compared with the Grand Lord. Nevertheless, the Lord generally ensures that the Council is satisfied with his or her leadership in order to secure their own position within the Domain. The Sovereign Domain is represented by a Senator in the Galactic Senate of the New Republic—considered to be a highly prestigious position both in the Domain and throughout the Republic. 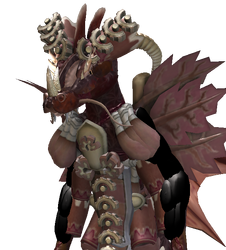 “We do not indulge in casual violence. We do not engage in a War Against All. We fight in defense of our own security, and otherwise choose our targets with care.”

A martial society, the Sovereign Domain of Azuxachor is by all accounts a union between the mainline culture of the Zazane native to the Brood of War which migrated to Cyrannus and the society of the Azuxachoran, the Cyrannian Zazane. With a reputation for martial prowess exceeding many native species, the Azuxachoran possess a formidable reputation in the Cyrannus Galaxy. These Cyrannian Zazane were transplanted by the Oikoumene countless centuries ago, ultimately evolving to create their own interstellar empire knwon for their skills as mercenaries, bounty hunters and top-line warriors serving in the armies and fleets of various galactic powers. With the formation of the Sovereign Domain, the Republic government and the military both claim numerous proud, strong and loyal Zazane of both Andromedan and Azuxachoran origin, among their ranks.

Though many Cyrannian Zazane are based on the Outer Rim world of Zazotoon, currently under the Galactic Empire of Cyrannus, the bulk of their kind are based on the Sovereign Domain capital of Azuxachor in the Unknown Regions of the Cyrannus Galaxy. The Domain's territory beyond Azuxachor extends from the traditional six sectors of the Azuxachoran to the Brood of War's colonial sector in the Coru Secundus region, which in turn neighbours the Unified Order of Cognalorilos and the Indoctrinate Collective. 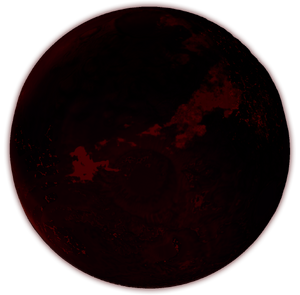 The Sovereign Domain of Azuxachor maintains one of the largest defense fleets in New Republic space, fielding a wide range of starships ranging from old Brood designs to newer models which include design features from both Andromeda, the Azuachoran and some technology shared between various members of the Pax Infinitus Armada—of which the Domain is a leading member. Though New Republic fleets patrol Domain space, the government of Azuxachor also fields armadas made up of the advanced Blackstar-class battle cruiser, which measures over two thousand metres long.

Blackstar-class battle cruiser
The mainstay of the Azuxachoran fleet, the Blackstar-class battle cruiser were first commissioned soon after the formation of the Sovereign Domain, inculcating various design features present in Brood of War vessels, old Azuxachoran vessels and both Republic and Mou'Cyran Accords technology shared between member states. Bristling with laser and turbolaser batteries, these imposing vessels are amongst the most powerful vessels in Republic space. Rarely seen outside Sovereign Domain territory, the Blackstar-class tend to be crewed exclusively by Zazane.

“Together, we are stronger.”

“I admire the clans of Azuxachor. They have proven to be some of the Republic's finest warriors.”

“Continued existence of the Zazane in Cyrannus is a surprising, but positive occurrence.”

“Children of the essence of Sin. You are a blight in our galaxy. I would see you all removed permanently.”

“The Republic would do well to accept warriors like ours as brethren and protectors - provided that they are given proper supervision.”

Retrieved from "https://spore.fandom.com/wiki/Fiction:Sovereign_Domain_of_Azuxachor?oldid=765009"
Community content is available under CC-BY-SA unless otherwise noted.