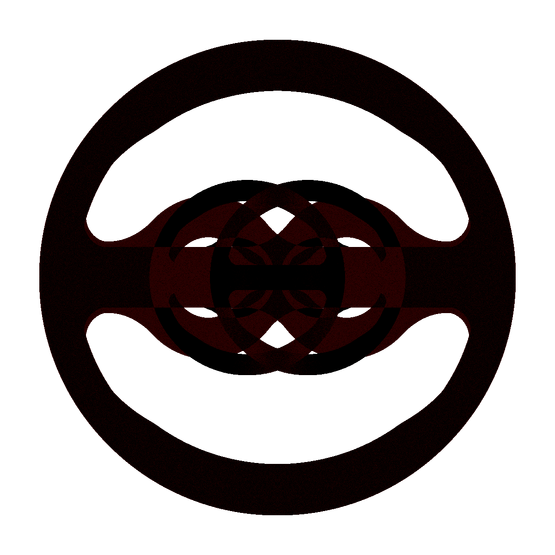 The fires of resistance spread. Striking from liberated worlds, brave freedom fighters loyal to the NEW REPUBLIC have stormed the Twelve Worlds, challenging the tyranny and oppression of the EMPIRE.

Meanwhile, a far more ancient conflict looms. The Oikoumene Dark Lord TYRÓMAIRON tightens his grip on the countless worlds of CYRANNUS, preparing to enact the final stage of his nefarious grand plan.

Republic loyalists, led by AOIRTAE VALAERIS and KARA INVIÁ, have made their way to the very heart of occupied Capricaerón: as the first step toward the final battle for freedom...

Erúmaethran loomed large above the galactic core of Cyrannus. The once great capital of the Oikoumene hung in space, shattered and sundered beyond recognition by the titanic clash between Light and Dark. Between the dualities of the Oikoumene, between the energy which defined them as a people, as an empire, and as an intangible force of the cosmos themselves.

As Libraé overlooked the desolation, she considered that she had witnessed not only the twilight of her people, but the long night of the galaxy itself. Now, there was no other choice.

Her messenger once told her that “all of this has happened before, and all of it will happen again”, and that the destiny of the Oikoumene was not to reign, but to recede, to become one with the Valin'uvalyë and allow the disparate peoples of existence to chart their own course among the heavens.

Admittedly, even she, the Wisest of the Oikoumene, had been apprehensive about accepting such a fate. Surely, she could do more good as a corporeal guide and teacher. Through the passage of time and counsel from Apolithanatár, she came to accept that Apotheosis was the only way. And the time was close at hand.

Libraé looked closely at the conflagration at the centre of Erúmaethran, where Light and Dark had clashed, where legions of Mornûnendur had battled against the Estëmentári. The battle had waned soon before Libraé’s arrival, though through the currents of the Valin’uvalyë, she could not perceive which side had emerged victorious. Or, if indeed, any side had.

Libraé released her corporeal forms and became one with the starlight. Her form became an orb of brilliant light and floated swiftly toward the broken apex of Erúmaethran.

It wasn’t long for Libraé to arrive on the spot where so many of her kin had been banished from corporeality. She could still sense the final screams of anguish of both Mornûnendúr and Estëmentári during their final moments in this realm. Some, she could sense lingered still, in dimensional prisons much like the one she had encountered when she first met Apolithanatár.

Libraé regained physical form in the old chambers of the Oikoumene council and heard a familiar voice behind her.

“The eternal circle closes,” Tyrómairon said, rising to his feet from the perch he had claimed as a throne. He broadly indicated toward the ruin of Oikoumene civilisation. “Behold, the supremacy of my power.”

Libraé could see that the once great champion of the Oikoumene, her own husband, had become something else entirely. Once, she looked upon him and saw nobility. Now, she saw darkness. She saw the many shapes of power within him, in his hands he wielded cold and flame, and she knew that all those of the dark aspect were now laid to his charge.

“I see nothing but ash and betrayal, husband,” Libraé said. “You have become a monster, consumed by the darkness.”

Tyrómairon stood perfectly still, focusing and channelling all his power. Dark energy seemed to engulf him, and the air around them crackled with sinister electrical energy. “I am the darkness. And you, an impediment to peace.”

Libraé stood forward. “I refuse to believe that the husband I loved would descend to such madness. Please, my love, return! Return home, return to me. It is not too late.”

“Your husband is a fiction, First Elda. He always has been. My truth has been, now and for all-time, the Dark Lord. Now, you stand alone. The last flickering light of an era of chaos and complacency.”

“She is not alone,” a new voice said, heralded by a beacon of light, from which Apolithanatár emerged.

Tyrómairon regarded the two with cold detachment. “Long I have waited, Apolithanatár. Legions of Estementári rose to test me,” Tyrómairon said as he beckoned to the ground upon which they stood, upon which so many Oikoumene had been felled by the Dark Lord’s hand. “Will you join them?”

“Do not do this, Tyrómairon,” Apolithanatár said gravely. “Our time is at an end.”

“Bold words from a relic of the past,” Tyrómairon spoke in his dark voice, his very being radiating such dark power that the very air around them seemed to tremble. “You are blind, a fallen star in the heavens contemplating the endless void of space. Your destruction will be as insignificant as your striving.”

The Dark Lord unleashed a wave of energy, sending Libraé flying backwards. Apolithanatár, prepared for the strike, remained standing in his place, an orb of light defending him from the blast. He could feel the oppressive might of Tyrómairon’s power, as it probed his defences and attempted to dominate his will. Resisting the darkness, Apolithanatár responded in kind, letting the light within channel and flow before releasing it in a blinding beam of starlight. A brilliant flash illuminated the Oikoumene capital as Dark and Light collided in their purest form.

When the conflagration died down, both Tyrómairon and Apolithanatár fell to their knees, though the Dark Lord was the first to rise. Swiftly, he advanced, hands outstretched, his eyes burning with red malice. Apolithanatár closed his eyes and felt his last reserves of power rise within him. Standing to his feet, he unleashed them, and Dark and Light collided once more, equally matched in intensity.

The Lord of Light and the Dark Lord of the Mornûnendúr could not overcome the other. Libraé rose to her feet and watched the Vectors of Darkness and Light battle. Are they doomed to battle for all eternity?

Beside her, her messenger suddenly appeared. A guide, a teacher and friend for many millennia, the messenger had guided Libraé to the home of Apolithanatár, often speaking of a special destiny which lay ahead for her. The messenger was not Oikouemene, however, instead taking the form which, the First Elda had crafted for a species native to the world of Wináiml.

Libraé sighed deeply and nodded. “All of this has happened before, and all of it will happen again.” Drawing deep on the very energy within her life-song, Libraé gave up her physical form one last time, and became one with the Valin'uvalyë. Across reality, all Oikoumene felt this, the first Apotheosis, and knew that it was time. Countless followed Libraé in passing beyond, uniting within Valin'uvalyë.

Even amid their titanic clash, the Vectors of Darkness and Light perceived this radical shift. Tyrómairon sensed that Libraé and her followers were now gone from corporeality and let out a sinister laugh. “Now you are truly alone. Follow them into the abyss!”

Tyrómairon unleashed ever more blasts of darkness toward Apolithanatár but found he could not overcome even the weakened Lord of Light. It was as though the very force of the Lord of Light was being augmented by the other Oikoumene.

Tyrómairon looked around in anger and confusion. “Impossible!”

Drawing on all his power, the Darkness radiated from Tyrómairon in palpable waves, drowning out the spectral images of all but a few of the most powerful Oikoumene. Nevertheless, Apolithanatár resisted, and with one final blast of Light, overcame the Darkness. Tyrómairon found himself unable to stop tendrils of pure Light from encasing him.

Rage and pure malice seethed within him. “You cannot contain me forever.”

“No,” Apolithanatár replied sadly. “I cannot. Until we meet again, Tyrómairon.”

Like Libraé before him, Apolithanatár released himself to the Light, his physical form vanishing into orbs of pure starlight. The orbs began to engulf Tyrómairon’s cage, and when they dissipated, nothing of the Dark Lord or the Lord of Light remained.

There was only silence.

The power of Valin'uvalyë washed over the galaxy like a mighty wave, illuminating the cosmos and marking the end of the age of the Oikoumene. No longer would the life-song of the Oikoumene be limited to the most advanced, now, it could be felt by all.

In a pocket dimension within the core of Aldár, Apolithanatár sat on a log next to a peaceful stream and allowed himself to become lost in his thoughts. The reign of the Dark Lord had come to an end, though at a dreadful cost, for within his captivity, Tyrómairon’s power could only grow. For now, at least, peace and harmony could reign. Only by locking himself away could Apolithanatár impose this imperfect sentence, for the Lord of Light knew that “all of this will happen again”.

Apolithanatár sighed. “If it must, I will ensure it is the last time.”

Retrieved from "https://spore.fandom.com/wiki/Fiction:Second_Great_Cyrannus_War/Chronicles:_Part_VI_-_The_Vectors_of_Darkness_and_Light?oldid=852421"
Community content is available under CC-BY-SA unless otherwise noted.