Creatures that can be summoned

Scions or summons are magical and mysterious creatures that inhabit the Quadrant Galaxies and at some places within the Cyrandia Cluster as well. These special beings can be summoned or called upon by persons who are skilled or blessed in the art of the summoning. The Summons are also often reffered as Scions and can be used for differant purposes. Those who summon them, are known as summoners or Scion trainers/masters. When called upon, the Scions come to the aid of the summoner or trainer. Depending on their nature, behavior and respect they have for their trainers the Scion will be obedient or have a will of his own. The Scions behavior and personality can change over time due to events, it is important to keep the respect of the scion or it can refuse to obey or listen to you.

Scions are one of the great mysteries within the Quadrant Galaxies and are a rare sight as not all are aware of them, their widespread locations and because not every individual is able to summon creatures. There are a few scientist who study the scions and try to find out their abilities, often trainers and summoners themselves. Scientists discovered that some Scions actually have stages, when trained well or reaching a certain age the Scion in question can change form and grow larger and more powerful.

The known scions can be found at this page, a png database listed in alphabetical orders.

Most Png files require the Dark Injection Mod and the CambenColor mod. The Png files are placed in chronical order, below their names their elemental type is featured. Recorded habitats of Scions include the Cyrannus Galaxy, various sectors of the Endless Space and the Quadrant Galaxies.

Below the known Scion Summoners/Trainers are featured. 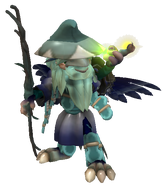 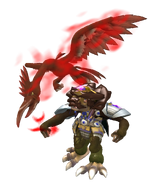 Defeating an Arena Scion Master Trainer enables you to gain a token of skill from them, earning enough you can claim the master title for yourself! But beware, these master trainers are the best of the best!

“At the dawn of time, Scions are mystical creatures! Able to do good and bad things at the bidding of their masters!”

“I call upon thee! Scions be blessed, may thee ability aid me!”

“Scions are more than just animals, they should be treated with care and considered friends and protected against those who wish to exploit them.”