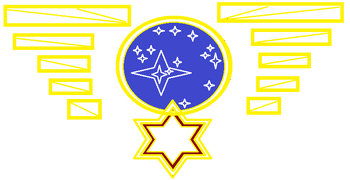 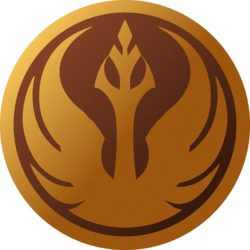 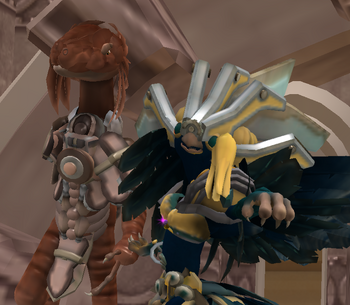 “After the fall of the Old Republic, myself and my kin were forced to flee under the threat of the Imperial Navy. We were not driven by a will to conquer, we were driven by our faith in our Cyrandia Alliance. I could have chosen to stay in Cyrannus, but it was the Quadrants where our friends dwelled. It was the goal of reaching you that guided us. I watched my friends... my family... die to reach this goal. Many of them, including my own wife, did not live to see this day. I do not request an alliance out of my own personal gain, I do it for them. Those who have died throughout the years to serve both our nations in the many conflicts we faced together.”

- Apollo to the Rambo Senate after the creation of the New Republic in 03 NE.

Republic-Rambo Relations refers to the close political, economic, cultural and historical relations between the democratic governments of the Cyrannus Galaxy and Rambo Nation. Though the relations began under the United Republic of Cyrannus, when it was reformed into the Imperialistic Galactic Empire of Cyrannus, relations took a turn for the worst, especially when the Empire conquered the Rambo and forced them to sign the controversial Nim-Glaré Concordat. However, when the Republic was reconstituted as the New Cyrannian Republic in 03 NE, relations between the superpowers began to increase once again, though due to the manner in which the URC was transformed into the Empire, relations remain somewhat tense, especially in the Nation.

Nevertheless, the relationship is undoubtedly one of the strongest political alliances in modern Gigaquadrantic history, being instrumental in forming organisations such as the Cyrandia Alliance, Fleet of Retribution and reforming the Seven Starr Alliance in the aftermath of the Annihilation. Together they have fought against foes such as the Trucinex in the Trucinex War, the First Cognatus Empire in the Intergalactic War, the Xhodocto in the War of Ages, the Confederacy of Allied Systems in the Great Cyrannus War and the Imperial Alliance in the Second Galactic War.

The success of the relationship in tying the two civilisations together has been largely accredited to Apollo and Supreme Empress Ramashe, due to the exceptional bond that exists between the two individuals. However, unbeknownst to modern times the origins of the special relationship find their true origins in the prehistoric interactions between the Oikoumene and the Atlantica, the protectors of the Cyrandia Cluster.

First Contact between the two civilisations occurred during the short but devastating Trucinex War, a conflict notable for the fact that Cyrannian involvement with extragalactics began. First Contact was made between Captain Willelmus Cretacea of the Capricorn Sector Alliance (a member of the United Republic of Cyrannus before it became centralised) and Captain Rambas II of Rambo Nation, ultimately leading to an alliance against the Trucinex along with the Delpha Coalition of Planets, in a political relationship later dubbed the "Great Three". When the Trucinex War ended with a resounding victory on Nex, the Republic allowed the Rambo to occupy a portion of Nex's landmass as reparation for Rambo lives lost in the conflict. In return for helping the Cyrannians in their conflict, a URC fleet travelled to the Quadrant Galaxies where they established the colony New Capricaerón and helped the Rambo in the First Galactic War. However, due to a scarcity of fleets in the aftermath of their own conflict, the URC was unable to commit large amounts of ships to help the Rambo after the fall of the Noble Alliance. Nevertheless, when the Second Galactic War began, President Fleur Inviere committed several battle fleets to help their new allies against the sinister Imperial Alliance, resulting in the formation of a joint-task force known as the Fleet of Retribution.

The Second Galactic War proved to be the largest conflict in the history of the Republic/CSA up until the beginning of the Intergalactic War. With Republic Command underestimating the Imperials, they failed to anticipate an invasion of their home territory in Cyrannus, leading to a massive battle in orbit over Capricaerón. Showing their loyalty to the Rambo, when the latter was briefly conquered by the Imperial Alliance, the Libertus continued to fight against the Imperials later helping the Rambo liberate themselves and win the war. After the war ended, the new President of the Republic Apollo, better known as Apollo, met Empress Ramashe for the first time, creating a strong bond between the two leaders that would help Republic-Rambo Relations thrive, serving as an example to other civilisations in the Gigaquadrant.

Cyrandia Alliance and the Rise of the Empire[]

Despite hopes for peace after the end of the Second Galactic War, the forces of the First Cognatus Empire soon invaded Republic-Rambo space in a devastating holy war against what it saw as defilers of the gods. In the face of such a threat, the Republic and the Rambo formed the Cyrandia Alliance, a massive organisation which aimed to end aggression in its space. Throughout the Intergalactic War, the forces of the Cyrandia Alliance fought together to repel the Cognatus, ultimately saving their civilisations from annihilation. However, peace would not come as many hoped.

The failure of the URC to prevent the Intergalactic War caused many to believe a new system was needed. As such, the Confederacy of Allied Systems was formed in the Outer Rim of Cyrannus with the ultimate aim of supplanting the URC as the dominant force in Cyrannus. Meanwhile, in the interbellum the Rambo and the Republic enjoyed the few years of peace that separated the wars, becoming closer and more powerful. By the eve of the Great Cyrannus War, both civilisations were undisputed Gigaquadrantic superpowers with influence stretching far beyond the Cyrandia Cluster.

However, for many reasons the Great Cyrannus War would bring about cataclysmic change for both civilisations, which stood on the precipice of a new beginning. Despite the ongoing conflict with the Confederacy, the relationship between the Rambo and the Republic would continue to inspire other factions across the universe, even prompting the Cognatus Remnant to join the Cyrandia Alliance. During the final moments of the Great Cyrannus War, talk between the two factions even discussed ever closer union together, though all of this was swept away when Tyrómairon arrived in the aftermath of the Battle of Orbispira and in a single fell swoop replaced the Republic with the Galactic Empire of Cyrannus, brandished the Rambo as complicit in a power grab attempt on Orbispira and declared the Cyrandia Alliance as traitors.

Relations took a turn for the worst.

“When the URC fell and the Empire rose in its place, you were betrayed by your closest allies in the most dishonourable way possible. I am aware that many of your people still look upon us with suspicion. I imagine many fear a repeat of events that transpired after the Great Cyrannus War, but I assure you, our New Republic is different.”

Over the next three years, the Empire conquered Rambo Nation by forcing it to sign the Nim-Glaré Concordat while relations between the Rambo and the Republic in Exile in the Quadrants soured when the Rambo attempted to close the Cyrannian-Quadrantian Wormhole to prevent an Imperial invasion, causing a battle of desperation between the Exiled Remnants of the Republic and the Cyrandia Alliance, perhaps under the belief that the rebels were actually members of the new Empire. Despite this, Apollo and Ramashe remained hopeful that a new era of peace could begin once the Dark Times came to an end.

Three years later, once Apollo was given a reprieve from the Empire, he began a campaign to reform the Republic by gathering allies in both the Cyrannus Galaxy and the Quadrants. At the monumental Cyrandia Conference, both Apollo and Ramashe were instrumental in forming the New Cyrannian Republic, an independent civilisation from the Empire which claimed to be the legitimate successor to the URC.

Despite the hopes of many in the New Republic to continue the great alliance with the Rambo, perhaps even leading to a revival of the now irrelevant Cyrandia Alliance, the attitude of many Rambo officials remained tense due to the rise of the Empire, which left a negative impression of Cyrannians not only in the Quadrants but across the Gigaquadrant. However, during a visit to the Rambo Senate, Apollo managed to remove many of these fears in an impassioned speech in which he spoke of the great and honourable history between the two civilisations. This managed not to create a new alliance between the New Republic and Rambo Nation, but rather a revival of the old one.

Despite this, the machinations of factions like the Icolian Assemblage attempted to sabotage this newfound peace, though their actions only succeeded in strengthening the bond between the New Republic and the Rambo.

When the Gigaquadrantic Conflicts began, many wondered whether or not the Republic and the Rambo would join together as allies such as during the old days or find themselves on opposite sides. Time will tell.

As of 04 NE, the primary embassies between the two superpowers are located on Mou'Cyran and the Rambo Capital, though due to the extensive size of both civilisations there are hundreds of smaller embassies throughout their other planets, with the Rambo Embassy on the city world Coruanthor occupying a massive skyscraper overlooking the seemingly endless city below. Rambo Embassies on New Republic worlds are often built in a classical style common on Rambo worlds and employ a wide range of species from both civilisations indicative of the significant crossovers of membership that exists between the Republic and the Rambo.

When the New Republic was formed, Proconsul Apollo initially took over as the official ambassador to Rambo Nation. However, several months later he gave up the position to concentrate on his duties as Proconsul. However, improving the strained relations with the Rambo is still a top priority for the Proconsul, though there has not been an official ambassador to the Rambo since primarily due to the war with the Rihanae Pact in Cyrannus.

Throughout the history of interaction between the two civilisations, many individuals on both sides have contributed to the continuation and improvement of diplomatic relations. Some of these individuals even hold or held joint citizenship, showing their loyalty to both the Republics and Rambo Nation.

Apollo: Architect of relations, Proconsul of the New Republic

Willelmus Cretacea: Founder of the Fleet of Retribution 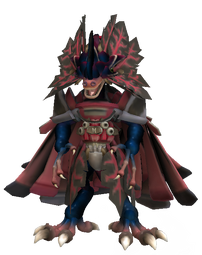 Apaltar: Champion of peace and President of the New Republic 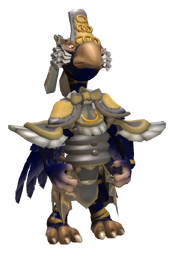 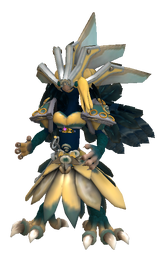 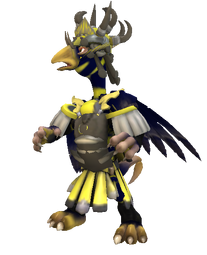 “An inspiration to the entire Gigaquadrant. I will make sure that our alliance emerges from this age of crisis stronger than ever.”

“The Empire ruined everything...”

“A new dawn for both the Quadrants and Cyrannus!” 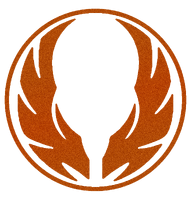 The first Fleet of Retribution battle against the Imperial Alliance.

The Republic and the Rambo fight against the Cognatus.