THERE IS BUT ONE ABSOLUTE AND THAT IS REGNATUS.

Master of the Borealis Grox Empire

“They say monsters prefer to hide in the dark, hiding beneath beds and in basements and wardrobes to keep themselves secluded while they watch us. And others say that monsters do not truly exist at all - works of fiction and fantasy - while others say that the real monsters hide within ourselves. ... No. Monsters exist and they do not hide amongst us, or within us; they watch us not only as we sleep, but as we live and die, whether we are oblivious to them or live in fear of them - some, fortunately, are even oblivious to us. You... You need only peer into the void and look beyond all the worlds and stars that dot our galaxy, our home, and then, in the deepest and darkest depths of our galaxy, will you find the monsters we fear the greatest of all.”

Regnatus Vhiktus was a member of the Kormacvar race, belonging to the order of the Warmasters who was created to combat the Grox Empire five billion years in the past under the Kormacvar Empire. However, the stress of war and the loss of his people caused him to descent into madness and make use of the Borealis Grid to achieve technological ascension, becoming a vengeful and malevolent entity of god-like might and presence who sought to impose his rule in the entire galaxy, enslaving his former enemies and turning those who opposed him into obedient thralls.

Taking the form of a planet-sized dreadnought of unrivaled power, Regnatus was the most powerful native entity the Borealis Galaxy has ever experienced and is widely seen as the epitome of evil in the galaxy's history. Deranged yet hyperintelligent, possessing an unnatural paranoia and a desire to take control of the entire of Borealis, Regnatus' influence still lingers on through the cosmos and is widely believed to be a permanent presence in Borealis, for even after his death, the scars left by actions still haunt the galaxy's inhabitants.

Regnatus and his older sibling, Arkarixus, were the last two Warmasters produced by the Kormacvar Empire; born from the genetic material of the legendary Kholduitanus and raised by Floridarixis, he was created to serve as his people's greatest hero in their time of need. Being born in the end of the Kormacvar's war with the Grox Empire, Regnatus was raised to the sight of his species dying around him every day, and his idealistic behaviour was shattered when he realized he was not able to stop the war, only slow it down at best. With the Kormacvar's extinction looking more likely every passing moment, the stress of war began taking its toll of Regnatus' psyche, which combined with his immense psychic powers led him to eventually snap.

The final plan of salvation for the Kormacvar was to hide away in cryogenic stasis at Hyperborea and await for a better time in order to rebuild, though Regnatus betrayed the plan by placing a decoy on his stasis pod and awaiting until the rest of his people were asleep before wiping out Hyperborea's systems and departing to Grox territory by himself. This event led to the Caretakers and Alvino to lose all contact with Hyperborea as well as to forget who the Kormacvar actually were.

Travelling all the way to the Grox's base of operations in the galactic core, the rogue Warmaster discovered the Grox were connecting themselves to the Borealis Grid, in order to become more powerful. Realizing this, Regnatus proceeded to fuse his consciousness with that of the Grid at the cost of his original body being disintegrated, overriding the Grox's minds with his own and effectively taking over the entire Grox Empire population in Borealis. Hungry for revenge for the death of his species, Regnatus expanded his influence into what remained of the Alvino as well as the Vida'Rranlora and took over their minds, turning them into thralls alongside the Grox. Making the Grox King, Mirras I, a puppet under his will, Regnatus initiated the construction of a new body, which would eventually take the form of a tremendous dreadnought large enough to rival entire worlds.

The death of the God-Dreadnought did not mark the end of Regnatus' influence in Borealis, though. His soul lived on through his remains, focusing on a shard which fell under the ownership of the Wranploer named Vorius which eventually led to the creation of the Children of Synthesis, who terrorized Borealis until the Kormacvar's soul was slain by Vekaron and his team. And even after the soul's destruction, Regnatus' remains have shown to retain the power of indoctrinating those at their proximity, with cases of spaceships or small colonies going silent only to be revealed to have been turned into cybernetic husks being an uncommon occurrence in the Polar Crystal Alliance's territory.

No one knows how many backup plans Regnatus possessed, but his enemies have come to believe his presence will never be permanently removed from the galaxy no matter how hard they attempt to, for Regnatus was simply too powerful and paranoid to be permanently defeated.

During his days as Kormacvar, Regnatus was noted for his great size and physical bulk, usual to what was expected of Warmasters. He was near physically identical to Arkarixus, though he was somewhat shorter in height and had unique facial features. However, this form is largely forgotten in favour of the form taken by him following his ascension, where he came to inhabit the shell of a titanic dreadnought large enough to dwarf entire worlds, which possessed a deep black shading which made it almost vanish in deep space. The dreadnought's hull was decorated with spiked protrusions and also possessed three pairs of what appeared to be claws which Regnatus had full control of and served as both guns and ramming weapons. Regnatus' dreadnought body is most known for its four shining eyes which always seemed to stare right at whoever was looking at them.

Regnatus was a complex entity. As a younger soldier, he was idealistic and optimistic, believing him and his fellow warriors would truly win the war against the Grox despite the Kormacvar having been irreversibly damaged by the time they were born. However, once he realized this was impossible, he was driven to insanity by the thought his life had been all for nothing in the end. Following his ascension, Regnatus' idealism was replaced by an intense hatred for all living things, with him coming to believe order would only be established in the cosmos if he were to govern all, leading him to develop the power of indoctrination in order to turn the inhabitants of Borealis into his thralls. Another notable trait of Regnatus' personality was his extreme paranoia, which led him to create extremely complex and convoluted plans which all possessed backup measures in the event they ever failed, to the point countermeasures exist to his own destruction; among them are the backup AIs - full copies of his personality - which were first discovered during the War of the Ancient Three, and allegedly number in the hundreds of thousands.

Regnatus is agreed to have been the most powerful Borealan of all time thanks to his ascension through the Borealis Grid, with the next entity to do so to not even come close to his power. His most famed power is known as indoctrination, which takes the form of an invisible psychic field emitted by all of his related pieces of equipment which warps the minds of those who spend too much time in their proximity, leading them to accept Regnatus as their master and making them fiercely loyal to his ideals. After his death, cases of creatures being turned into cybernetic husks after being indoctrinated by Regnatus' remains have also been reported. Regnatus was a master of Essence, and combined with the incredibly advanced technology of the Borelais Grox Empire, he was able to combat the fleet composed of empires such as the Polar Crystal Alliance, the Indoctrinate Collective, the Borealis Consortium Network and the Vague and overpower them completely, only falling to their power after he was sabotaged from inside out by Arkarixus.

“''SUCCUMB AND ASCEND, OR YOU WILL BE ANNIHILATED.''”

“''YOU COMBAT INEVITABILITY. KNOW THAT RESISTANCE IS EQUAL TO DESTRUCTION.''”

“He was once my brother, in both arms and blood. To watch him be turned into that... To watch him try against the very galaxy we were created to protect... I do not regret killing him. I would do it thrice over if needed.”

“The worst monster our galaxy has ever encountered. True demons have terrorized us, but Regnatus made them look like nothing. And no matter how hard we kill him, his actions will never stop haunting us.”

“I always heard of other races talking about devils and stuff like that. Wranploer don't believe in these... At least, we didn't until he showed up. Now I know devils are very real. And they terrify me.”

“Many gods tried to destroy us. And as many died, turning into ash.”

“...Shame your existence ran out. I was enjoying your parade, mortal.”

“... Thus let it be known that of all the oddities and enigmas beheld by the vast and diverse cosmos, none shall quite surpass in age, influence, and terror pure and unrelenting as the God of Borealis.”

“He was a madman, perhaps even more than that - a true monster and a coward who gave it all up. ... And no matter how much I try to bring myself to understand, I do not think I, or anyone else for that matter, could ever find his reasons justified or rational, thus unforgivable.”

“During his days as a Kormacvar, I was proud to serve under him, and did so gladly. During his later years, I did so because I had no choice.”

“The most feared Borealan to have ever lived, and his influence is felt more than any Kormacvar who ever lived. As a Councillor, I, and the rest of our Unified Nation, are devoted to ensuring the golden age following his death can be maintained. Never again...”

“I always did fear gods, I wonder how much this man had to do with it.”

“An entity that few could match in malice or the gravitas that it offered, could he be considered the greatest demonstration of the corrupting nature of power? Perhaps. Only the ancients knew what drove him to the manifestation we recognise i nthis modern age. It is a testament to his nature that not even his death has brought relief to the minds of sapients everywhere. A true immortal and thus, perhaps one of a few in the infinite to be truly considered divine.” 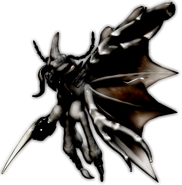 Retrieved from "https://spore.fandom.com/wiki/Fiction:Regnatus?oldid=853388"
Community content is available under CC-BY-SA unless otherwise noted.