“Deep space is one of the best places to put the insane pawns of gods. Why? Because you can't hear their psychotic jabbering.”

The Realm of Absolution (Dracid: Valius ol Reditonan) was an interstellar space station controlled by the Grand Inquisition and located somewhere within the borders of the Draconid Imperium. Its main function was as a prison for those the inquisition considered collaborators or zealots of a supernatural origin or connection. Due t oits location and the vast array of both internal and external defences, it was considered unreachable unless a vessel had been given authorisation either by the High Inquisitor herself or one of the station's comanding personnel.

Constructed in ID.184,273 by Agarian Stellar Habitations (ASH), and initially called Adoria, the station was built as a deep space colony to take advantage of antimatter streams within the interstellar medium. However the remote location (hosen as one of the most optimal sites for antimatter collection) made it an unpopular choice for long-term habitation. While it saw some sparing use in the years between it's construction and the end of the century it was built, it was eventually put up for auction when the falling price of antimatter made the station unprofitable to Agarian Stellar Habitations.

Realising the strategic significance of having such a remote an installation that could not be located by star the Inquisition of Drakon purchased it from ASH and quickly refurbished it as a prison to counter the rising number of Mali'Nar followers and captives held aboard other orbital prisons. Infrastructure and security measures were established to make sure as few as possible knew of the station's location. The Realm of Absolution, as it became known, he Purgatory Guard (Dracid Puratos Agicanum) to hold responsability for gathering, transporting and securing those condemned to the station. Over the millenia it was owned by the Inquisition, the Realm of Absolution became one of the primary prisons for individuals with supernatural abilities or connections, such as followers of the Isio'Nar.

DUring the fifth and sixth centuries of the ID.219,000s the rising number of beings wielding Demonic, Descension and Nightmare Energy resulted in a refurbishment of the Ralm of Absolution's facilities including the occasional high-ranking lieutenant. Security inside and outside was ramped up over the course of a decade to ensure the facility remained secure.

In ID.219,507, the station was attacked by High Inquisitor Arsac, who earlier that year had defected from the Grand Inquisition to serve The Corruptus, and used the information she had on the station as High Inquisitorto launch a full-scale attack on the facility, absconding with the majority of prisoners, half of the prison staff and a third of the Purgatory Guard on duty, with demons and the servants of Shu'wokerama killing the rest. After securing it, the station was taken by the Corruptus and moved to Segmentum Adniliho to serve as a major operation and indoctrination centre for the Black Inquisition.

From a disance, the Realm of Absolution resembles a trio of massive concentric wheels, connecting the three vertically-stacked wheels is a large axle that serves as an engine to maintain artificial gravity though centripedal force. Within the rings and spokes of the wheels were modules that from the outside resemble branches. The station is completely modular, and over it's multi-millennia existence has been upgraded and expanded to deal withan ever-increasing number of inmates.

At its height the station contained the facilities to hold over two billion inmates and around 23,000 prison staff including clinical therapists, Purgatory Guardsmen, clerics and men and women of various infrastructural roles. Despite the station's lack of popularity as a deep-space gathering outpost, the station under the Inquisition held several long-term facilities to keep staff comfortable for tours that could last years at a time.

As well as priosn cells, neurosleep berths, therapy and staff rooms, the station's inner rings also offered entertainment suites and equipment workshops and hydroponics bays. For security measures, neurosleep pods and some high-security cells were either installed in a modular fashion or placed jsut udnerneath an airlock which would send the pod or cell into space in the event of a containment breach. A compliment of 8,000 EVA probes were used for standard repair and keeping security-beached modules from vanishing too far into the interstellar medium.

During the station's tiem udner the Grand Inquisition, the Purgatory Guard were given full autonomy to maintain the station and care for inmates as they see fit. The station was also known for experiments on those psionically or elemntally gifted to better understand their nature and improve the inquisition's ability to contain them.

The station holds prisoners in two seperate ways: The first is traditional cell blocks within the facility. The cells are designed for the purpose of leaving the inmate alone with their thoughts to contemplate just why the inquisition wanted them and what they could do if given a second chance. To prevent psychological breakdown from isolation guards provide inmates with appropriate reading material and, on occasion, electronic entertainment such as television programmes and films.

The second method - and the majority method of incarceration - is to put inmates under neural suspension. Using brainwave inhibitors this method minimises both space and rescources to maximise how many inmates can be held. Neurosleep as it is nicknamed effectively inhibits the brain to the point where any psycic potential is rendered moot as the brain devotes all it can to the most basic functioning, making escape from containment impossible. The drawback is that the inmate does not experience the passage of time and so anyone who is considered for neurosleep has been deemed beyond rehabilitation and doomed to spend eternity comatose until their bodies waste to nothing.

Another method has been the use of stasis fields. So far this has been highly experimental but under orders of the High Inquisitor research and funding has increased dramatically since the battle of Crepusculum in ID.216342. Unlike neurosleep the theory holds that the entity inside the field is isolated from the timestream, completely unable to use any form of essence-based abilities within the general timestream. To the outside the entity is completely frozen. While ideal the technology is extremely unreliable at present and very energy-consuming but could potentially improve the containment of demons and ascended/descended beings to the point where the inquisition can suspend them and leave them for eternity.

Under the Black Inquisition[]

Many of the containment facilities were retained when the Black Inquisition assumed control, with one of the major changes the Black inquiistion introduced however being the modification of a certain number of neurosleep pods to infect occupants with Nightmare Energy. These pods are located in a part of the facility designated as the conversion deck where Ocularivs and higher-ranking inquisitors convert captives into members of the Templarii. Other neurosleep pods and prison cells have been reallocated as indoctrination centres to expand the ranks of the Repentii using captured civillians and prisoners of war who are deemed unfit for joining the ranks of the Templarii. 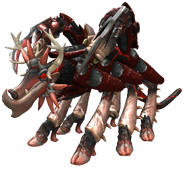 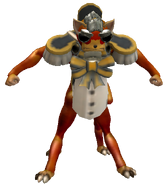 “I don't care how much it displayed itself as a shield of safety for the masses, the place was creepier than the catacombs of a long-abandoned ruin.”

“Absolution's fall was a death-knell to the order. One that I hope can be escaped”

“From the prison halls the condemned cry out, the saved are redeemed and the ignorant are pacified. Only this time, these commitments are under no illusion of "stability"”