Rambo Nation
Ramickon Ramglover is a captain in service of Rambo Nation, native to the Serindia sub-species known as the Wintaria found at the icy planet of Ramar Shadda. He served onboard the USS Excelsior for a long time as a science officer. In 20 AQF (2818), Ramickon recieved a promotion to captain and was given command of the USS Constitution, a Constitution-Class heavy battle cruiser and explorer. Using his newfound influance he requested Alessandra Zoe Cretacea as his chief engineer and promoted her to Master Chief Petty Officer.

Ramickon Ramglover is born in 28 BQF (2770) to the minor house of Ramglover who rule a city known as Ramsterdam at Ramar Shadda, a vassal of House Le Rambo of Ramar Shadda, their liege lord; Ramannis Le Rambo. During youth he learned how to survive in the cold weather of Ramar Shadda and how to hunt down animals for food and how to ensure his shelter survived the ice storms. Reaching the age of 18 years he joined the Ramar Shadda Guard and guarded the castle. At the age of 22 he asked his liege lord for his permission to leave the guard and join Rambo Command to follow his dreams to become a space captain and to make his planet proud. Lord Ramannis Le Rambo approved and send him to the Academy. His years of study were not always easy as a Wintaria he often felt as a misfit among the other Serindia and species that call Rambo Nation their home. None the less he was a fine student and graduated in 07 AQF as a lieutenant command and became a lieutenant onboard the USS Excelsior, under command of captain Chianwe Apanoida.

Service onboard the Excelsior[]

During the second month of 07 AQF (2805), Ramickon watched the recording of the theft of the Infernal from the Rambo Capital by the bounty hunter Emtor. As the new science officer onboard, Ramickon found it difficult to get a good view of his captain, and was surprised to first go to Proogency instead of hunting down the star destroyer in the Metruia Nebula. Though Ramickon decided not to raise his voice.

After reaching the Metruia-Nebula, he was surprised to see his captain relent command to her new commander, Ramiron to guide the new helm officer, Tatsu Irana through the nebula, apparently a route the commander had taken years earlier during his Hunt of the Labertynth. Ramickon noticed something in the nebula and expressed his concerns, though the rest saw nothing moments later the Excelsior was taken by surprise by the Infernal who opened fire and forced the Excelsior to retreat.

Captain of the USS Constitution[]

In 20 AQF (2818), Ramickon recieved a promotion to captain and was given command of the USS Constitution, a Constitution-Class heavy battle cruiser and explorer. Using his newfound influance he requested Alessandra Zoe Cretacea as his chief engineer and promoted her to Master Chief Petty Officer.

At the 25th of October in 2818, Ramickon and his crew patrolled the Serox Nebula. Patrolling the perimeter around the Interdimensional Warp Gate he became aware that the construct had failed and required assistance after massive temporal waves emerged from its location. Upon arriving he witnessed three massive unknown star destroyers near the construct and prepared to engage them with aid of the Delphator-Class USS Fier Le Ardèche.

To their horror Hutter Kingdom ships arrived and attacked the Rambo vessels from behind. Moments later a massive battle erupted around the construct when various ships arrived from various Cyrandia powers. At the height of the battle, a Galactic Empire of Cyrannus vessel rammed the construct and destroyed it. Effectively ending the battle. After the battle Ramickon and the Constitution were send on patrol duties along the Gorge.

During the Umbra Elen'nanthien-events Ramickon provided the strike team under command of Kara Inviá with the clearance codes to land on the Rambo Capital to stop High King Rambert Ramveral. In doing so, he revealed himself as a secret agent for the Rambo Loyalist. Though Rambert was stopped, so fell Rambo Nation after the Galactic Empire of Cyrannus moved in and ordered all Rambo ships back to port. Refusing Ramickon joined former NCR president at Lianna-station however during the Second Battle of Lianna his ship was disabled by the Imperials and Ramickon and his crew were arrested and spirited away and send to Pauvenris. By September 2820, Ramickon and his crew were liberated from captivity during the battle of Pauveris.

Ramickon Ramglover is a proud and stern Serindia, often described as grim and unpleasant due to the hardships the Wintaria have to endure at Ramar Shadda. None the less he is a capable and proud officer, proud of his heritage and with a great sense of loyalty to his liege lord. Ramickon likes a strict command structure onboard a vessel he serves, though in free-time he likes to see his personnel do whatever they want and do not have to wear their uniform.

As a member of House Ramglover, he is proud of the fact he is noble and lives proudly be their motto:
Through snow we march
Our sight reaches far
Under Le Rambo's rule
We defend our home 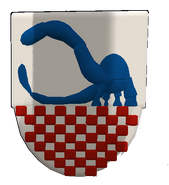 The Png file require the Dark Injection and CamBenColor Pack