Second and a half (moon of the Capitol planet)

Rambo Nation
The Shipyars of Rowar are the prime producers of the space ships of Rambo Nation. Conquering the moon would mean leaving the space fleet of Rambo Nation renderless, as they had no way to go for repairs or upgrades.

Due to her importance Rowar recieved her own Senator, despite being a moon of the Capital. For decades the Shipyards were one of the most important and wealthiest of the assets of Rambo Nation. It was destroyed during the events of the Fury of Galvarus in 08 AQF.

The Great and large Shipyards or Rowar, the moon of the Rambo Capitol is the home of the Rambo Aviadactyl, also known as the Aviaterdactyruscea. The Shipyards itself are large, and over the entire moon there are over 12 installations of it, covering almost half of the moon. The yards are over 400 years old, and are the oldest known shipyards of the Quadrant Galaxies.

The Aviadactyl are known for there craftsman of constructing ships, and as such there home world, the moon Rowar became the Center of the construction of Space Ships for Rambo Nation, close to the Capitol and well defended and protected.

The moon of Rowar is mostly covered with water, and as such buildings are in orbit or in low orbit. Floating with special machinery, also constructed by the Aviadactyl. The most early homes of the Aviadactyl were build in the few mountains found at the moon, or at floating homes of wood.

During the Second Galactic War the Shipyard were taken over by the Imperial Alliance when the Rambo Capitol fell. However, upon the creation of the Quadrantia Federation the shipyard were liberated. After the war, the shipyards were working at there height due to the many ships needing repairs and the shipyard were now open 24 hours a day.

After the return of the Rambo God Lieutenants a special part became restricted area as the ship masters were now designing and building a new and classified ship at orders of the Empress. During the intergalactic War the Shipyards were producing at a high rate, not only constructing new ships but also repairing a lot of damaged vessels or disembling ships for use for others.

As the Cyrandia Alliance was formed, the Shipyards of Rowar, now also known as a Royal Cooperation (the yards are secretly owned by the Royals of Rambo Nation) recieved some special ship classes or new ones to construct. After the Intergalactic War the United Republic of Cyrannus, a sister state of Rambo Nation also constructed there own large and massive shipyards, known as the Shipyards of Cyroenia. Larger and capable of constructing more ships, tension and rivality between the two shipyards were rising, they both wanted all the orders of themselves. This was especially the case when the Cyroenia Shipyards refitted the Krakana Class, in response the Shipyards of Rowar Refitted her own version of the Krakana Class and gave her 3 possible coloring appearances, this fact raised some eyebrows in the Cyrandia Senate. None the less, the shipyards are still going strong as of 04 AQF and after the declaration of war on the Confederacy, the Shipyards expect even more profits.

With the conclusion of the Great Cyrannus War, the formation of the Galactic Empire of Cyrannus and her following invasion of the Rambo Capital in the fourth month of 01 NE the yards prepared themselves to aid the Rambo fleet in orbit of the capital, who were in dire need of reinforcements. As such Aviataryal decided to send in all ships, whether they were damaged or not to aid the Rambo fleet in trouble. Together with the Girdo droners, who had their prime base as Rowar victory seemed in hand of the Rambo. Sadly the Droners turned against the Rambo ships, disabling many who were still in dry dock and left the Quadrants.

With the following arrival of the Empire her fleet and the signing of the Nim-Glaré Concordat, which described the Nation her surrend to the Empire the yards decided to surrender as well.

Within days the yards recieved orders to stop all new production of Rambo vessels, only to repair those who were damaged or finish those who were already in production. As such the local economy of Rowar almost collapsed as the yards always thrived on production of star ships. However the Grand Mandator of Quadrant 82, the mysterious Garlboz arrived at Rowar to meet with Senator Aviataryal who was furious at the Grand Mandator. Instead of a fierce discussion Garlboz showed the yards two new ships to produce, with Imperial designs they would represent the new Rambo-Empire union and provide new profits for Rowar. The yards ofcourse accepted, not knowing that by doing this the yards now fell completly under Empire rule, as with work the yards would never dare to rebel against the Empire!

Within days the first star destroyers were launched into active service, as most were refitted from damaged star destroyers during the fight for the Rambo Capital. As such Rowar was soon guarded by the so called new "Quadrantia Star Destroyers"! The Empire's advance has begun!

The shipyards worked hard to complete as many star destroyers in little time, however many within the yards felt sad that no Rambo ship were allowed to be build again. Luckily in 02 NE, during the first month the Rambo Senate, with approval of Empress Ramashe decided to once again launch Rambo vessels into production. At once the constructers began to construct new ship classes to replace the ships that had fallen into battle during the many conflicts.

Much later, in 03 NE/06 AQF the yards recieved orders to construct vessels in cooperation with Rambo Command and the New Cyrannian Republic, the cooperation resulted in ships like the Nova-class and the Odyssey exploration cruiser. The shipyards were surprisingly destroyed during the events of the Fury of Galvarus at 29-03-08AQF when the Lizardian superweapon destroyed all three moons of the Rambo Capital, including Rowar.

The Aviadactyl are working 24 h a day in the yards, something they really enjoy. In the shipyards the factories for the proccessing of materials are in the mid section, while the lower section contain the dangerous Plasma Facilities, which are highly restricted and only authorised personall is allowed there.

The Shipyards are protected by Rambo Swordsman and are overseen by a Rambo Judge, both Serindia. But the majority of the personall are the Aviadactyl. The Upper sections contain the Ship docks and offices where the Rambo Captains, Judge Magisters or other high officers can view the process of the construction or repairs of there ships. The upper sections are often covered in mist.

Over the course of years, the shipyard have never been under attack, even not during the Galactic War. Luckily, because Rowar is the largest, and one of the few Shipyard planets excisting in Rambo Nation. If Rowar should ever fall, the Rambo Nation fleet would be crippled and Rambo Nation would likely to be fallen into the hands of the enemy. Also a lot of money can be earned at the shipyards, as the shipyards hold the sole possestion of the schematics of all the Rambo Nation ships, and more space capable ships.

A most notorious thing is, that the shipyards can also be hired by other nations and empires to construct vessels.

The Shipyard can only be entered by Shuttle, this is for visitors. And the Shuttle crafts have to land on special docks for it. While travelling to one Shipyard to another there are special yellow shuttles constructed, as all other air or space crafts are not allowed to travel between the shipyards.

The space ships that need repairs are brought by special yellow shuttles to the dock they are assigned too. Unauthorised ships will be taken under fire by the defense fleet and orbital cannons.

This information is classified.

The shipyards of Rowar are mostly constructing ships for Rambo Nation to serve within their navy- though are also known to make request for other empires and nations when they pay enough money.

ships will be listed at chronical order, and the sections will be divided by Rambo Nation current starships that are constructed.

All Rambo Nation ships ever in service of the fleet are producted by the Shipyards, all former ships can be found at the space ship page.

Whether as request at Rambo Command to cooperate to construct vessels together, or being payed a lot to make them, the shipyards are proud to be an "intergalactic" shipyard.

The Shipyards are also known for making or designing special projects, not always in order of Rambo Command but also of individual customers. 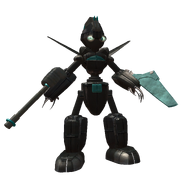