“"We offer total allegiance to our species, as represented by the state. We stand guard against all forms of threat. We do not value our own lives except as they are viewed as extensions of our species as a whole, and we ask nothing of ourselves other than to be able to raise the next generation in security."”

As such Rambo Nation is considered to be a Constitutional Monarchy.

The Goverment of Rambo Nation is divided in four differant political "entities", with an unofficial fifth one known as Rambo Command, the Militairy Authority.

The Royal Dynasty, known among the Rambo as the Väeressëa (Englihtment Ones), the Monarchy or Royal Family are the long time rulers over the Rambo Capital and Rambo Nation.

Though often believed that the Dynasty consists only out of Serindia who started their rule when Rambo Nation was founded in 450 BQF, the rule over the Capital and Serindia kind started way earlier, in times long forgotten and not chronicled in the tablets of time. Since it's foundation the Nation has been ruled by the Le Rambo Dynasty whos eldest son or daughter was given the hereditary rule by the passing of the former monarch.

The position of monarch is identical to that of an emperor- the next in line is the eldest son or daughter and rule for life - if a monarch dies the royal banners and national flags are hoisted at half-staff. In case if the passing monarch might be the last of his or her line, with no direct relatives (nieces or nephews) the senate must choose a new dynasty and the Chancellor of Royal Crown acts as the head of state.

The Rambo people hold the national Monarch's Day in honor of the monarch his or her birthday, with free markets and parties. 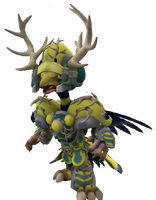 The High Council is a small group of advisers for the Royal Dynasty of Rambo Nation, who advise the Monarch on matters of policy, inter-quadrantia affairs and their areas of expertise. The high council is at all times headed by the Monarchy, the only one who can make the council's decisions into law.

In absence of the Monarch the role falls to the Hand of the Monarchor the regent if the current Monarch is too young. The council members are appointed and dismissed by the Monarch as he or she wills, a right freely used during times of war and strife. The high council is the highest civilian authority, though holds executive powers it often allows the senate to take care of day to day matters.

The high council is often seen as the "inner circle" to the Monarchy, who in fact rule the Nation. Many matters discussed remain a secret to the public or are made known by the use of the Senate. The citizens of the nation have great respect for them, as they are often seen as the wisest of the Nation.

The High Council formation under High King Rambert Ramveral contains new persons, though various persons from Ramashe's and Rambarth's cabinet were allowed to remain in service after they pledged their loyalty to the new High King.

Below a collection of former high councils.

In order to preserve the people's voice in matters ranging from day-to-day affairs to colonization, ship production, and the declaration of war, implement of the law or add and change existing laws. Each of the fifteen sectors of Rambo Nation elects a representative to the Rambo Nation Senate, who meet under heavy guard beneath the massive mountains of the moon Väeressëa. Though the Senate holds her meetings at Väeressëa, the offices of the senate are located at the other moon of the capital, within the Executive Palace at Anummiae.

Unfortunately, as with all elected governments, while every senator claims to represent the people's interests, some have other plans and not all are as noble as they themselves claim, as some can be blackmailed or are corrupt. All senators can use specially assigned blue colored executive shuttles and at all times can ask escorts in the form of dreadnought troopers.

After the unfolding events of the Fury of Galvarus in 08 AQF, the senate was re-organised with fewer colonial sectors and with a new headquarter at the Rambo Capital due to the destruction of the moons of the Capital by the weapon of Galvarus. 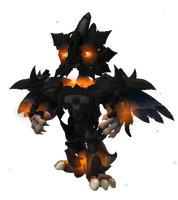 Consuls are a new position within the Rambo Nation goverment and were introduced in the year 06 AQF/03 NE. To the public and people they are less known though among their own people they act as the liason between their planets and the Rambo Senate. Consuls are representatives of planets who enjoy the protection of the Nation and are her "protectrates". Though not given a seat within the Senate, nor having a vote in constitutional matters or day-to-day affairs of the Nation; the consuls can directly speak with the Chancellor of the Royal Crown with matters of their concern and hold the power to summon the senate for sessions. They often lobby Senators so they can back them up in certain votes or matters. Some senators lobby Consuls as well, as they can give you influance or a bit more overweight to turn a vote in your own favor when Consuls suppors you.

The "protectrates" are not full members of Rambo Nation, though have a special status. Often lone planets they substain their own goverment, traditions, fleets, customs etc. Though they fall under the protection of Rambo Command, protectrates can decide whether or not they want a space station in orbit, a garrison of clone troopers at a base or none at all. Citizens of the "protectrates" have almost the same rights as Rambo citizens (they lack voting on Rambo goverment officials)- though they are allowed to work within Rambo borders, serve within Rambo Command, make use of the health care etc.

Protected States are planets or states that fall under the protection of Rambo Nation but retain their independence. Protected states have their own government and economies though depend on territorial protection by Rambo Nation. Foreign affairs are dictated by the Rambo as well though exceptions can be made.

The majority of the protected states are located in the Unclaimed Territories, when the Rambo annexed it in 19 AQF. Generally most planets enjoy friendly relations with the Rambo when they annexed the territories though some do not due to their way of living or criminal activities some of the planets thrive on.

Planets that fall within the Unclaimed Territories and as such within the Sphere of Influance of Rambo Nation but that remained their independece are: 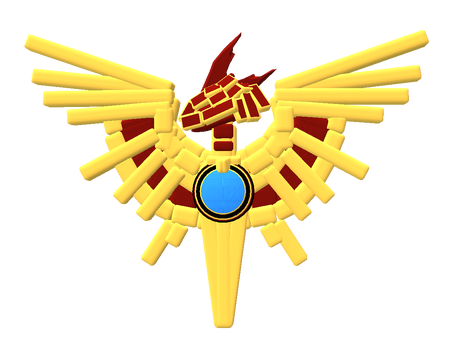 “Our armour Gleams
Rambo's Sword Unsheathed
Wings are Spread
From skies high, Wings of Liberty Decent
None withstands Fury Might of Ramboidae Kin!”

- Poem Exerpt from Glory of Rambo

The armed forces of Rambo Nation is known as Rambo Command and consits out of 17 departments and includes two main armed forces, the Clone Trooper Army and the space fleet. Rambo Command is a deep-space exploratory, peacekeeping, and military service maintained by Rambo Nation. It is the principal means by which the Nation conducts its exploration, defense, diplomacy, and research. While the majority of its members are Serindia and Q-humanoids, it is headquarted at the Rambo Capital and is composed of the various species that call Rambo Nation their home.

Many planet within the original Rambo Nation colonies, like the Inner, Mid and Outer Colonies (pre-Treaty of Fornearia sectors) are often ruled by Lords or annointed knights (ser) with their own sigils, banners and guard man. Many earn their titles and lands by family heritage, though not all are ancient, some like House Le Rambo and House Ramcelsior have it's origins from before the formation of Rambo Nation.

The Royal House it the current ruling House of Rambo Nation. Once this title belongs to House Le Rambo, the longest running Dynasty in the History of Rambo Nation until it was usurped in 12 AQF by House Ramveral of Fornaeria. House Le Rambo remained a Grand House, though in exile.

Great Houses are noble houses of Rambo Nation and make up the majority of the local rulers of planet and colonies. Some Great Houses are as old as House Ramcelsior and House Le Rambo, some even older. All houses have pledged themselves fealty to one of the Grand houses. As vassals of House Le Rambo and the Grand Houses, the Great Houses often have their own military guards and some even hold their own private fleet. Great House members can often be found at court as well, standing closest to the Grand House and the politics of Rambo Nation. The head of the Noble Houses are often given the title Ser, though some can be called Lord and Lady as well, among other titles as ambassador, lord director etc. The consuls of Rambo Nation, when of noble birth are allowed to keep their own titles like regent, king or queen.

Minor Houses are minor noble houses within Rambo Nation, often the heads of cities, important facilitites, universities or temples. Many act as vassals and bannerman to the Great Houses, often lacking any form of their own guards and rely on the Great Houses to protect them. Minor houses are not often found at court, though there are exceptions. The head of minor houses are often called Ser or Lady.

“It's vital that the monarchy keeps in touch with the people. It's what I pledge to do as both the Senate and the Monarch stand for the people!”

“The state is nothing but an instrument of opression of one class by another - no less so in an imperium than in a monarchy. A democratic Republic is the answer against opression and corruption!”

“The monarchy is a part of the state. It exists to rule the people, but serve them as well!”

“The aim of my life is the overthrow the Le Rambo Dynasty and bring down her constitutional monarchy!”

Retrieved from "https://spore.fandom.com/wiki/Fiction:Rambo_Nation/Government?oldid=733655"
Community content is available under CC-BY-SA unless otherwise noted.