Captain Ramirrking was born in 125 BQF in the Dissia System, at the Rambo colony of Koerband. He joined the Rambo Navy and soon rose to the rank of Captain after a few years serving on differant ships. When becoming Captain, he was given command of the USS Divide, a Kelvin Class ship, and was often found in dealing in the outer colonial sector.

A noble yet strict captain, he is well regarded and respected among his fellow collegues of the fleet.

During his service he saw combat among others against Vartekians, Resistance forces and the Cognatus.

Ramirrking was born in 125 BQF in the Dissia System, at the Rambo colony of Koerband. There he lived in peace and prosparity and eventually joined the Rambo Academy after his father wishes.

At first Ramirrking had it difficult at the Academy, as it wasn't his own choice. Yet after the third year, training as an officer he became more satisfied with his decision and his grades went up as well. After the Academy he served on various vessels, rising through the ranks from ensign to eventually captain, and recieving his own ship to command.

Proud to recieve his own command, he was soon assigned to patrol the borders of the outer colonial sector for years, with his main docking port the space station in orbit of Javan. He saw first combat when the Resistance was formed and launched attackes against the Rambo vessels in the outer colonial sector. During one of these fight the ship was heavily damaged and needed lengthly repairs. Afterwards the ship became part of the 18th Fleet under command of Captain Ramborwski and the USS Thomas Paine. He saved the USS Pasteur once, but regretted this when he found out it was a none Rambo Captain, and was forced to admit dislikes none Serindia in the Fleet.

After the Second Galactic War a Cognatus Cruiser approached Javan, as part of the interception task force he headed that way and opened a channel. The Cognatus ship did not responds and immediatly opened fire at the nearest vessels. As Captain Ramirrking opened fire with the USS Divide and the other vessels they were unable to pierce the Cognatus ship her shields and were forced to withdrawn back to Javan. He later tagged the USS Majestic back to Javan. After Ramborwski and other Captains of the Outer Regions recieved orders to re-inforce and strengthen the security of the Rambo Capitol Region, he was saddened that his friends left and he had to stay behind. None the less, the Empress wrote a letter of courage to him and he became a task force leader in the Outer Region and the most important Captain in the Outer Region history (after Ramborwski) and he vowed to protect the Outer Colonies forever. He also takes great pride in it.

He was pleased to learn that Ramborwski later returned and once again took command of the 18th fleet. Shorlty after, Ramirrking was called back to Rambo Command were the USS Divide recieved a massive update, and recieved the V2 status. He then returned back to Javan. While once again patrolling borders and living happily in peace at Javan for quite some years, at 04 AQF his home came under attack by the Vartekian Empire whom betrayed the G8 and attacked Javan.

Though Ramirrking was unaware of there betrayel he realized too late they were on a conquering mission and they managed to disable and cripple his ship so he was forced to withdraw. He later learned of his friend's dead, Ramborwski had died in battle and now he vowed revenge on the Vartekians.

In the year 04 AQF his ship recieved the V2 Mk. II upgrade and he resumed his duties to patrol the borders of the outer colonial sector. When the Galactic Empire of Cyrannus managed to place Rambo Nation under their protectrate, Ramirrking remained loyal to the Empress and continued his service in the fleet. In 03 NE/06 AQF he was part of a small task force under command of vice-admiral Ramcard to attack a Congregation cruiser. The cruiser overwhelmed the Rambo and Hutter forces and disabled the USS Divide, heavily damaging her upper saucer. After aid from the DCP, the Empire and the Imperium, the combined forces managed to destroy the cruiser.

After the battle Ramirrking took his ship to the Rambo Capital for repairs. The ship was witnessed by the crew of the USS Enterprise when it returned from their adventure in the future.

Years later it was part of the Pathfinder Fleet and responded to the emergency call of the USS Enterprise-A when it was captured by the Ecclessoth Convocation. Upon arrival at the Dyson Sphere the Divide was trapped in a singularity and was relocated to the Finduila Sector where it tried to survive but was left stranded into an asteroid belt. The crew and the captain died when the hull breached and the atmosphere leaked out. Over time, the remains of Ramirrking and her crew were discovered by captain Lassai Chiakian and the crew of the USS Elgorodaurl but were taken captive before they could explore the database or give the crew a proper burial.

Ramirrking is also fiercly loyal towards the Royal Dynasty and is a strict follower of the Rambo Pantheon.

As a proud Serindia, he uses the regulation exception to wear a Serindia armor uniform instead of the standard navy uniform. Both Kloppig, Tralor and Serindia are allowed to wear their own uniform/armor compared to the standard due to old regulation from before the Treaty of Fornearia. 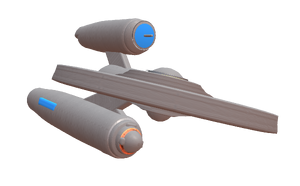 The Kelvin-class USS Divide is a light cruiser and one of the older classes still in service of the Rambo Navy. The USS Divide saw various updates during her service, upgrades to improve her shieldings and weapons. As well as upgrades to the warp drive.

The USS Divide is equipped with shields, photon cannons, phasers and photon torpedoes. With an average length of 315 meter, a unique design it makes the vessel quite agile and able to evade enemy fire.

She needs a full crew complement of 250 crewmembers to operate at full efficiency.