“A wise leader prepares for war in times of peace. If you could've seen what I have seen, boy, you would know then that empires have fallen, and the universe was shattered once already because we were not prepared.”

The Psionic Cold War was an indirect conflict between the three major powers of the Chandras Galaxy, which started right after the end of the Great Psionic War. It was a period of thirty-four years where the three powers sought to avoid direct confrontation via the employment of proxy wars and the escalating aggression from the Kandrraz Bandz, whose expansion in the Unexplored Sector threatened the immediate neighbors, as the three sides seek to consolidate what they earned or mourn what they lost.

The Xol Dominion, although still vast in territory and power, feared that the Singularim Pact, their rising rivals, were in control of the majority of the galaxy, and so, whilst they fight the growing influence of the Yasuul Legion in the sector, they sent emissaries to the Unexplored Sector, also known as the Loron sector, in order to recruit the mercenary hordes of the Kandrraz Bandz.

Unbeknownst to the Dominion, the Singularim Pact had similar worries. Grand Maester Kroc, whilst working to stabilize his rule in the great expansion of the Pact, also suspects there are other powers at work in the Chandras Galaxy. He sends his apprentices, capable Civatrons of great power, to investigate in the Unexplored Sector, all the while they try to circumvent the Dominion's efforts to recruit the Loron hordes.

This is not your common battleground.

Battles are opened by masterminds coordinating their troops from afar without the use of communication devices. Mystic masters of psionic essence battle endlessly in astral planes unknown to mortals and decide the fate of battles in the physical plain. Mental bombs are thrown into entire populations, leaving but empty carcasses of those who inhabited them. Clashes between armies are devastating to the point that no city or landscape can remain untouched.

Those with the greatest mental prowess battle endlessly against their rival counterparts in a war of attrition to see who is the weakest, throwing tide after tide of psionic waves against each other. A psionic war surpasses the simple concept of throwing armies against each other until there is only one victor. Regardless of what happens in higher planes of mental existence, countless souls clash in the physical plain, bringing violence into the galaxy as they simply manifest the fruit bore by their masters in bringing victory back home or collapsing in total defeat.

As long as there is war in psionic minds, there is no rest. 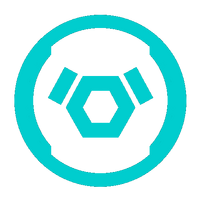 It is known across the galaxy now, that the first signs of the cease-fire being broken were given by the very people who needed it. Didact Ur'bos had been crowned champion of the loyalist Xol'Etra, ironically placing a Civatron at the head of the Dominion. Didact Ur'bos had its reasons for leading the Dominion against his kin, but every soul in the empire was confirmed by the Pharia entanglement of their leader, and therefore sought to make their Didact's vision a reality.

Taking advantage of the cease-fire and the relative peace with the Pact, Didact Ur'bos sought to fulfill three major things. The first was the most important at that time: to stop the steady advance of the Yasuul Legion in the Anju Sector. The second was the existence of rogue Xol'Etra who had severed their ties to the Dominion upon his ascension to power. The final one would be a desire from the Didact's heart to rally the increasingly powerful Loron soldiers to his cause.

From his Palace-Fortress in Xolarum, he appointed his apprentices, the Prexetus, to command the remaining forces of the Dominion into securing the sector for the glory of the Xol'Etra. 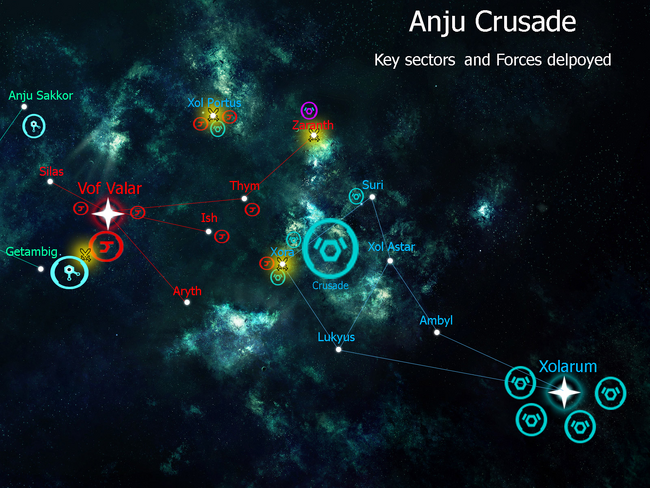 Of all the battle-torn corners of the galaxy, Anju sector, arguably the closest to the galactic core, was the one who suffered the most. Following the Siege of Vof Valar, the Dominion Starcity and their former capital, the sector had been infested by the dark teachings and vile exploits of a parallel universe's forces. The Yasuul Legion had taken all participants of the war by surprise upon their unexpected arrival on the last days of the siege, and they now controlled most of Vof Valar whilst seeking to secure their beachhead on the First Gigaquadrant via Chandras Galaxy.

Prexetus Ur'man and Uri'sol, trusted guards and shield bearers of their father, took upon themselves the enormous task of pushing the Legion back to its dark portal.

Since the signing of the cease-fire and Didact Ur'bos' ascension to the ultimate ruler of the Dominion, there were some lesser Xol'Etra who did not support their greater kin's decision of handling the matters of the empire to a Civatron whose political and military prowess, although undisputedly sound and near perfect, had been kept from public view for so long. These deserters soon broke from their connection to the Pharia entanglement through shadowy methods.

With all the different crisis going throughout the Dominion, Didact Ur'bos knew that they would need reinforcements to finish his apprentices' endeavors in the internal conflicts of the Dominion. The Loron of the Kandrraz Bandz had been hitting the Dominion borders recently with indomitable wit and daring, something they had not tried to do before since their arrival.

But where Dominion generals saw trouble, Ur'bos saw an opportunity, he sent his Prexetus Ur'Han, a cunning leader, to see a way to recruit these Lorons to their cause. 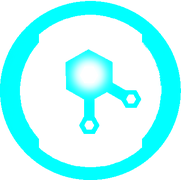 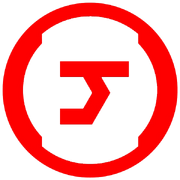 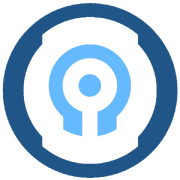 Retrieved from "https://spore.fandom.com/wiki/Fiction:Psionic_Cold_War?oldid=829122"
Community content is available under CC-BY-SA unless otherwise noted.