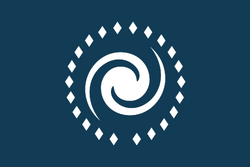 Stable
“The Polar Crystal Alliance will be both our greatest and most difficult triumph. In the vein of the First Founding, the modern order was forged from strife and tension which wracked the entirety of our galaxy, yet unlike before, the Second Founding marks not the rise of a temporary communion in the face of adversity; instead, it marks a grand and long-standing effort to unite the peoples of our cosmic spiral so that we may stand proud among our galactic neighbours and never fall to those that seek to usurp the noble and prey upon the weak - be they lawless pirates, warmongering empires, hellish daemons, or forgotten gods. May those united beneath our banner never surrender to darkness and instead muster the courage to guide light upon those who reach out for hope.”

The Polar Crystal Alliance is an intergalactic organization created for the purpose of ending crime and war in the Borealis Galaxy. Originally founded during the First Borealis Galactic War by the Zoles, the Niaka and their allies, the Alliance eventually fell into disuse and was dissolved until centuries later when it resurfaced at full force and was refounded by the empires of modernity, who now used the Alliance as their attempt to create an unified galactic government in Borealis.

Encompassing dozens of civilizations, ranging from greatly advanced superpowers to young and curious newcomers to the galactic community, the Polar Crystal Alliance's ultimate goal is to achieve the closest a mortal effort can get to an utopia in their hostile, war-ridden home. The Alliance's actions have caused the downfall of many enemy races or powerful individuals who have attempted to threaten the galaxy's stability, and today, it is seen as a rising force in the First Gigaquadrant's affairs, growing more prosperous and successful as time has passed.

The Polar Crystal Alliance was created and founded by the Zoles Imperium as the Western Arm's main front against the growing threat of the Wranploer Legion. By the time, the members of the alliance were the Imperium, the Republic of Heleanor, the Samilinus Empire, the Minga Republic, the Gooplet Technocracy and the mysterious Lanatiz. The alliance fought against billions of thieves, bounty hunters and pirates, against the formidable Alvino Brood, the Seagon Empire, the Eaglartin and the Murgur Warbands. After many years of bloody conflicts, the Alliance invaded the Vijaha System and destroyed the Legion's capital, winning the war. With the Legion defeated, the alliance lost its meaning, and eventually it was dissolved, with the members going on with their lives.

The Alliance was successfully recreated during the Borealis Grox Conflict of the Second Borealis Galactic War by the Zoles Imperium, the Niaka Special Forces and the Unified Nation of Ottzello. Under the guidance of Arkarixus, the Alliance gathered members across the galaxy with the objective of fighting the Borealis Grox Empire face-to-face. Gathering a large number of members, the Alliance eventually pushed into the Inner Core in a battle known as the Symphony of Flesh and Steel, where the galactic fleet successfully killed King Mirras III and Regnatus, ending the Borealis Grox threat once and for all. Afterwards, they would bring the fight to the Borealis Consortium Network and shatter it - defeating the greatest empire of the Wranploer - before finally defeating Zargoth himself.

After Zargoth was defeated and the war was over, the Ice Age was declared. The first action of the Alliance was to move its capital from the Zoles homeworld of Zoleia to the Kormacvar space station of Hyperborea, turning it into the overall capital of the galaxy. Semirian, Xeron and Valzaria were chosen to be the Councillors, replacing King Rebaris and Chief Major Xerkea, and Arkarixus was made the Warmaster of the Alliance. The Council then created the Penumbra Unit, a special operations faction under their direct control to serve as an extension of their will. The Alliance would then start planning "re-educating" the Eastern Arm, which was still under control of the War Economy.

The first three years of the Ice Age proved themselves prosperous for the Alliance until the emergence of Billig Oltauris, who kidnapped Councillor Semirian and destroyed a Kormacvar artifact. After he was placed under arrest, the Alliance was forced to join forces with him to deal with the Mass Armageddon, which brought catastrophe to the Alliance again. The Rovegar Matriarchy also appeared to the Alliance, making itself look like a victim for them after a failed kidnapping attempt of the Penumbran Vekaron which they claimed to have been a pirate invasion. The Alliance eventually forgave the Rovegar and allowed them to spread their influence through PCA space. The arrival of the Zarkhator caught the Alliance by surprise, as they desired war with the Alliance for seemingly no specific reasons - leading to the declaration of the Zarkhator War.

Internal tensions caused by UNO launching an attack on the Imalmah Hegemony without the rest of the Alliance's approval caused the Ottzelloans to temporarily lose their Councillor status, which was given back after the Imalmah backed away from their threats of war. After this event, the Seagon Cryptocracy and the Ransio Empire were promoted to councillor empires in an attempt to make the risk of internal fighting lower. At this time, the Alliance obtained a new member in the Caxildiz Empire thanks to the Niaka Special Forces' efforts, and was briefly attacked by the Benefactor, which resulted in the deaths of thousands of soldiers. The following years marked the defeats of the Alliance's greatest enemies, the Children of Synthesis and the New Wranploer Legion, which also marked the consolidation of the Alliance's power and presence in the entirely of Borealis. Three years later, the Alliance would also become involved in the Mou'Cyran Accords, marking the first time it ever joined an intergalactic organization. During Da Reckoning and the Ottzello Revolution, the Alliance pledged its support to the Ottzelloans under Tuolog.

The Alliance's next major military action would take place during the War of Cleansing, where it joined forces with the Unified Order of Cognalorilos in order to push the Cognatus Empire out of the galaxy. Ever since the enslavement of the Eaglartin, the races of the Alliance held resentment against the Empire, and they saw the Order's offer of partnership as the perfect time to finally fight back. Lasting several months, the war resulted in the defeat of the Empire and the absorption of the freed Eaglartin into the Alliance, as well as solidified the bonds between the races of Borealis and the Order of Cognalorilos. The Zarkhator War, which had last since the fourth year of the Ice Age, eventually came to an end in 2820 after the Alliance and its allies finally brought them down once and for all.

The Second Great Cyrannus War saw the Alliance joining forces with the New Cyrannian Republic in order to expel the Galactic Empire of Cyrannus from the galaxy, while the War of the Ancient Three resulted in the defeat of the final great threats to the Alliance's existence in Borealis. The Alliance would continue existing in a state of growing stability for the rest of recorded history.

The Polar Crystal Alliance is ruled by the Crystal Council, a small council composed by chosen representatives of the seven "Councillor" empires, who are considered the most fit the lead over Borealis. The alliance forbids the empire's actual head-of-state(s) to be a councillor, and a representative must be chosen instead. The Councillors have the right to intervene in the members' actions, including the actions of the Councillor empires, however they can only do it if the majority of the Council members agrees with it. Notably, the council is always formed by an odd number of individuals, for the purpose of making ties in votes impossible. The current headquarters of the Council is the Kormacvar space station of Hyperborea.

The current councillors are:

Arkarixus, Warmaster of the Alliance

Xeron of the Niaka Special Forces

The diplomats of non-councillor empires include:

Rakar of the Elzie Empire

Rylor of the Kalda Polyarchy

Mordaruul of the Merchant Fleets

Diplomat Unit of the Vida'Rranlora

Yian of the Garukut Empire

The Polar Crystal Alliance uses the Borealis Credit as its main currency. As there are no native post-scarcity empires in Borealis, the Alliance is mainly capitalistic in nature. Trading with the Alliance allows other empires to safely explore Borealis' economy without being harmed by the influence of space pirates such as the Wranploer Remnants. Furthermore, members of the Alliance are forbidden to have trade deals with pirate-aligned empires as it's considered harmful for the Alliance's own economy.

The Polar Crystal Alliance possesses an impressive military known as the Aegis Guard, which is composed of a combination of soldiers and spaceships from every one of its members. Combining the powers of the most advanced nations such as the Zoles and UNO, plus all of its other members, the Alliance has proven capable of standing up against extremely dangerous enemies, from the Borealis Consortium Network to the Borealis Grox themselves. The galaxy's physically strong inhabitants makes their foot soldiers very capable at war and their sheer diversity makes fighting against the Alliance very difficult. Being a neutral government, the Alliance does not wish to conquer other territories for the sake of war, and concentrates its military in dealing with its Most Wanted List.

The Polar Crystal Alliance is considered neutral regarding religion and allows its members to individually worship whichever deities they wish as long as it does not disrupt the Alliance's internal affairs. Worship of the Vyro'Narza (in some cases identifying as Blyornist) has become the most common religion in the Alliance following the events of the war, while worshipping of the Kormacvar as gods has declined with the exception of the Minga Theocracy, which still attempts to convert other empires into its fate system. Worshipping of Spode has died out following the destruction of the Eaglartin, and worshipping of the Corruptus or any demonic entities is strictly forbidden. Worshippers of demons in the Alliance are considered war criminals and are sentenced to immediate death, in an attempt to stop all possible chances of a new cult like the Devourer's Chosen rising to power.

The Penumbra Unit is a special force of very carefully chosen individuals, picked by the Polar Crystal Council to serve as their personal enforces. The Penumbra Unit is the most elite of the elite, and have the privileges of being above the law of all member empires of the Alliance. The Unit answers only to the Council and to the Warmaster. Current notable Penumbrans are:

“We stand and fight together!”

“We are honoured to have you by our side. Together, a good future is assured.”

“The Borealis Galaxy greets you.”

“You are within our borders. As long as you behave, we welcome you.”

“Do not provoke us.”

“I will end you. I will bring so much pain to you all, your ancestors will feel it through their souls!”

“The Frozen Galaxy is unified... and so the melody of madness will be heard by all of it, spreading through every soul, lingering, feasting on hatred, growing ever louder as it will echo through the mortals' doubts and fears, until the Polar Crystal shall shatter apart and become one... with the melody.”

“Although their light shines brightly like a star within the darkness of Borealis, all celestial bodies have their flaws. This alliance desires peace through chaos, an motivation I find ironic.”

“A shining hope for the Borealis Galaxy, I can only wish that they continue to prosper.”

“I like these guys, pretty fun to be around when we're not all arguing.”

“I enjoyed looti- I mean, fighting at your side.”

“A positive step forward for Heleanor and the Gigaquadrant as a whole.”

Insignia of the Alliance, used since its formation. The larger gem represents it as a whole, while the smaller gems represent the original three Councillor empires