The Dark Lord's will be done.

03 BNE (original acolytes)
03 NE (Phaedric Order)
“We are patient. We are invisible. We strike from the shadows and cast down our foes in the name of the Dark Lord. We are Phaedra and we are eternal.”

The Phaedric Order is a sub-sect of the Oikoumene-led Mornûnendur, serving as the most powerful instruments of the Dark Lord's aspirations, with the obvious exception of his fellow Mornûnendur such as Apeligateza and Ekrillium. The name of the order derives from the ancient Phaedric Empire which fought against the First Republic countless centuries before the rise of the Galactic Empire of Cyrannus. Members of the order rank from high ranking members of the Imperial government and military such as Venatorius and Moranonúngur, to assassins such as Meketanor and instruments of pure, unbridled terror such as Agonânghâsh.

Though the first acolytes of the Mornûnendur were recruited during the Great Cyrannus War, it was not until the resurrection of Lord Venatorius during the Dark Times that they were moulded from a mere group of the Emperor's servants to a fully fledged and ever expanding order operating behind the scenes of the Empire. This reorganisation was largely formed in response to the awakening of the Primercer, an ancient Oikoumene adversary to the Dark Lord and the most potent threat to the continuation of the Empire and thus, the Dark Lord's plans for the Cyrandia Cluster.

When the Primercer was defeated during the Battle of Cognalorilos, the Phaedric Lords continued to spread their influence throughout the Empire, forming the Imperial Inquisition and acquiring new members. However, their dark influence faced opposition from the nascent Aldárae Order, which sought to banish their influence for eternity.

Soon after the awakening of Tyrómairon during the Intergalactic War as well as the revival of other Mornûnendur such as Apeligateza and Ekrillium, the Dark Lord soon came to the realisation that in order to ensure the successful continuation of his goal for galactic conquest, he would need a loyal cadre of acolytes who would unquestionably follow his every command. The first batch of acolytes included the Bisistar manipulator Moranonúngur, the Cyrannian Marinox assassin Meketanor and the Radeon witch Jiha'Rana, who was later destroyed by the fiendish Agonânghâsh, an entity of pure terror concocted by the Dark Lord to serve as the unofficial leader of his acolytes. As the years went on, the Dark Lord eventually cast down the United Republic of Cyrannus and the Confederacy of Allied Systems during the Great Cyrannus War and replaced them with the Galactic Empire of Cyrannus. This monumental event brought with it new recruits to the ranks of Tyrómairon's acolytes, including Mezzadriel, the Emperor's Wrath and Vandorallen.

Upon the awakening of the ancient Primercer and his rise to the leadership of the Cognatus Empire during the Dark Times, Tyrómairon reformed his group of acolytes into the Phaedric Order in part due to the influence of the new acolyte Venatorius, an ancient Phaedra who fought against the First Republic countless centuries before the rise of the Empire. Venatorius would be joined by the mysterious Cythonia, a native of the mystical Pythonissem Witch clan. The Phaedric Order would evolve to serve as the mysterious Black Hand of the Empire, existing beyond the power of the Imperial Inquisition and serving the Emperor and his great Imperatore without hesitation.

During the New Cyrandia Wars, the Lords and Acolytes of the Phaedric Order faced the servants of the Primercer in open battle, including during a mission against the Blade of the Primercer during the opening weeks of 05 NE, and more notably during the Battle on Nandóband when Venatorius and Meketanor travelled to the ancient world in an attempt to awaken the Oikoumene known as Thaurlathrón. The resulting battle once again pitted the Blade of the Primercer against the Phaedra, though the awakening of Maethoruin successful won the day, allowing for the rise of Thaurlathrón to the Dark Lord's side.

Now having some control over the Phaedra, Thaurlathrón commanded the Phaedra to the Corruptus Overworld Brezank, which had awoken and destroyed several Imperial and Republic worlds along the Neutral Zone. Though unseen from the Imperial and Allied forces during the Cataclysm in the Neutral Zone, all current Phaedra waged an epic battle against the gargantuan Core of Brezank, which almost defeated the group until the timely arrival of Agonânghâsh, who rallied the Phaedra and used his powers to destroy the Core.

Final Battle with the Primercer

“The Cognatus are no match for the power of the Empire and the Phaedric Order.”

After the defeat of the Primercer, the Phaedric Order continued to strengthen and grow, with Lord Venatorius taking a leadership role over the group as Phaedric Master. However, the post-war era was one of strife for the galaxy, with the Aldárae Order rising due to the actions of Aoirtae Valaeris, Kara Inviá and Master Ryen, standing in direct opposition to the Phaedra. During the Cyrannian Cold War, the Phaedric Order allied with Morgandaûr in the hopes of ending the threat. However, during the Battle of Aldár, they were soundly defeated by Du'utahrovin, while the young Aoirtae managed to dispatch Morgandaûr, forcing the Phaedra to flee.

Later, during the Battle of Ambar, a contingent of Phaedric Lords met in open battle against Aldárae Knights and were once again defeated, forcing the intervention of Thaurlathrón, who in turn attracted the attention of the mythical Apolithanatár—the Lord of Light. Though the confrontation ended in stalemate, the Aldárae managed to wrest control over the Miluiel from the Phaedra, though Lord Mezzadriel was destroyed in the process. A few weeks later, Lord Vandorallen once again crossed swords with Aoirtae during the Battle of the Ecimaex Wall and through his arrogance, he was defeated and killed. Angered by their recent losses, the Dark Lord inducted the powerful Echoriax into the Phaedric ranks.

Later, the Emperor seemed to open the ranks to certain figures even other Phaedric members were weary of, the Rathanii Sorcerer Crothal, allowed to join after his meeting with the Emperor. Though largely distrusted by the others, he managed to, through his research, secure ancient texts of power and knowledge, and create several horrors from the flesh and genetics of others from numerous labs, before setting up a secondary base for the order on Maldor.

Many pursue the ideals of power embodied the Phaedra, but precious few are up to the challenge. To become Phaedra, potential acolytes must first rise above all other contenders to claim their place at the right hand of the Dark Lord. Some Phaedra, particularly those whom the Emperor recruited early in his machinations, are chosen by the Dark Lord, while others are rooted out by the Mornûnenduran Lords. Still others are recruited by the Phaedric Lords, though regardless of their origins, no being is given special treatment. In recent years, which has seen the formalisation of the Phaedric Order under Lord Venatorius, acolytes are often abandoned for months at a time on distant and harsh worlds such as the festering swamps of Phaedron herself, or the sun-blasted sands of Nandóband. In the words of the deceased Lord Vandorallen, "our ways weed out the weak and ensure that only the strong may grow". Should these acolytes survive, they are subsequently pitted against one another, with the most fearsome and cunning ascending the rank of Phaedric Neophyte.

While all Phaedra serve the Dark Lord's whims, they are generally assigned a single master to guide them through their training. The relationship between Lord and Neophyte varies from pairing to pairing, with some striking up a mutually beneficial alliance, while others seethe in open hatred and competition. However, under pain of death, no Phaedra may kill another, though crafty individuals may engineer the downfall of their rivals through less overt means. In the past, the limited number of Phaedra contributed to a sense of fraternity in the ranks. However, with the rise of the Aldárae Order and the bolstering of the Phaedric ranks, internal divisions have become commonplace. Some Phaedra, such as Ruuvitharn follow their own enigmatic agenda far from the Emperor's eyes, while others, such as Echoriax display a sole desire to cause havoc wherever they tread.

Within the Imperial Military, the Phaedra are feared above all others in the Imperial ranks. Not even the dreaded Inquisition command the supreme authority afforded to a Phaedric Lord. While many Naval traditionalists secretly decry taking orders from an order of mystics, the commands of a Phaedra are obeyed absolutely, whether it be in the battlefield, the halls of power of Orbispira, or within the darkest shadows of Imperial Intelligence. While many Phaedra are dismissive of the Empire proper, others, such as Lord Maethoruin are regarded as Imperials heroes, who shower the citizenry with spoils from conquered Republic worlds. While most remain unaware of the Order's independence from the Inquisition, Imperial propaganda portrays the Order's more public faces as bulwarks of order, living legends standing between the Empire's citizens and the brutal and chaotic Republic. 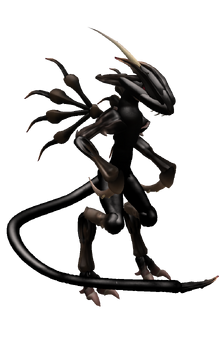 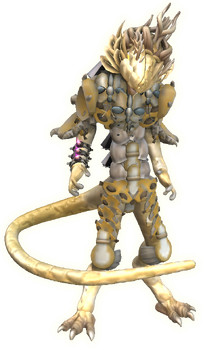 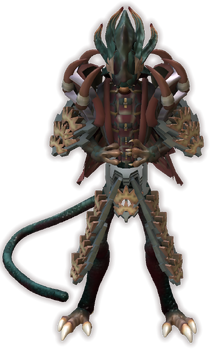 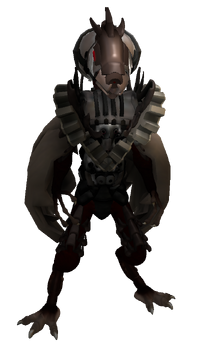 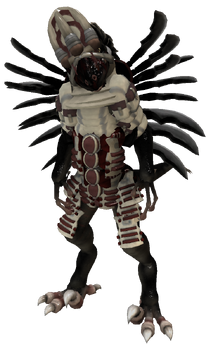 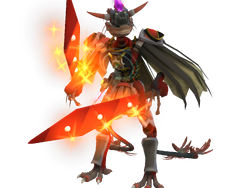 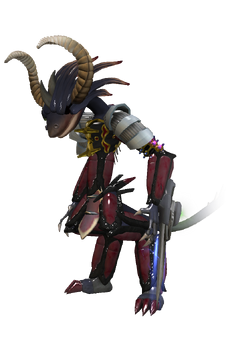 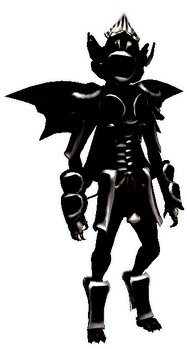 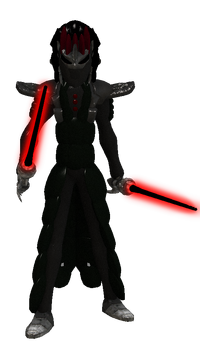 “There are none who can defy us.”

“The Empire has little time for the chaotic and conflicted.”

“Die and curse in vain.”

“There are forces behind the Empire's power. To those who know this, the folly of challenging the Empire becomes apparent.”

“The Emperor's power lies not only in the vast starfleet of the Empire, but also a cadre of his most loyal followers and supporters willing to destroy entire star systems should it appease their master. These are the heroes that keep our Empire safe from forces beyond the power of our Star Destroyers and Inquisitors. As such, they are only used in incredibly rare situations...”

“They are no heroes. They're a force who suppresses my people and their potential... My master is grander than yours. I will make you bow to us one day!”

“They have my admiration. My intrigue, desire to dominate as well...but admiration first.” 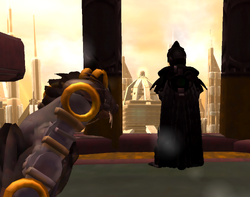 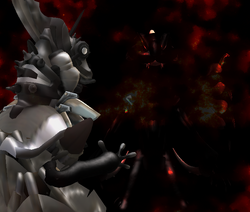