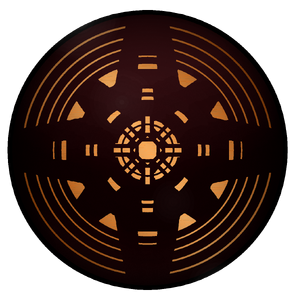 “I know enough about your people to know that if the monarch is killed, they will rebel. No, you shall remain in your position. But I... I shall be your Emperor.”

The Nim-Glaré Concordat was a peace treaty signed four months after the end of the Great Cyrannus War and the formation of the Galactic Empire of Cyrannus in 01 NE (-05 AQF). The treaty ended the brief Imperial-Rambo War with an Imperial victory, resulting in the creation of the so-called Protectorate of Rambo Nation, seen as a new era in the relationship between the Empire and the Rambo. The Concordat held despite the formation of the New Republic and the outbreak of the Second Great Cyrannus War, though after the death of High King Rambert Ramveral, the Empire dissolved Concordat and placed Rambo Nation under direct rule—ending centuries of Rambo rule.

Main article: Fiction:Dark Times/Year One/In Noctem
Following the creation of the Galactic Empire of Cyrannus in the aftermath of the Great Cyrannus War and using damning information provided by the fiendish Morgandaûr, the Empire managed to gain a suitable excuse for the invasion of their once greatest allies. When Ekrillium discovered that the wormhole discovered by the Cognatus Empire at the end of the Intergalactic War over Capricaerón led to the Rambo Capital, a massive Imperial fleet led by Zillum laid siege to the capital, creating a battle to determine the very fate of the Quadrant Galaxies. Though both sides were evenly matched, the surprise of the Empire attack turned the battle in their favour.

Arriving at Ramashe's secretive throne world, Zillum and Nirndal demanded the surrender of Ramashe and her guards. Knowing that surrender was the only option to protect her citizens against Imperial retribution, Ramashe agreed to surrender and to her surprise, she was brought before Tyrómairon himself. The Emperor confronted Ramashe and directed her towards a nearby holoscreen. As she read, she was increasingly horrified at the ultimatums the Emperor demanded. Her Nation would become an Imperial Protectorate and the dreaded Garlboz would watch her every move as Grand Mandator. With a heavy heart, Ramashe signed the agreement and bowed to the Emperor.

Over the following years and in spite of the war which characterised early Rambo-Imperial interactions, relations between the two powers would improve greatly, with the Rambo and the Empire aiding each other in various campaigns, such as the arrest of the treasonous Garlboz and even during the Battle of Antemurale, when a Rambo fleet turned the tide of the battle against the Cyrannian Imperial State and toward an Imperial victory. This newfound friendship was looked upon with disdain by many in the New Republic, who believed that the protectorate status should be abolished, thus allowing for a revival of the Cyrandia Alliance of old.

In 16 NE, almost two years after the outbreak of the Second Great Cyrannus War, the Rambo monarch, High King Rambert Ramveral was revealed to have been corrupted by Mar-Júun of the Corruptus, who sought to forge a new imperium under his rule. After a group of Aldárae and Rambo Loyalists discovered this, putting an end to Rambert's dark rule, the Empire took immediate advantage, seizing control over the Rambo Capital, and forcing the entire Nation to surrender to the will of Tyrómairon. Thus, the Concordat came to an end, and the once-proud Rambo Nation was dissolved into the Imperial order.

“The day this treaty was signed was one of the greatest in Imperial history, bringing a new era of peaceful relations between the Empire and the Rambo!”

“A dark day in history. No nation should be forced to decide it's fate by the threat of war and ruin.”

“A new dawn for Rambo Nation, for better or worse, it brought peace none the less!”

“Though I would love to see the Protectorate lifted, it is the only reason that protects us against a full invasion by the Hutter Kingdom!”

Retrieved from "https://spore.fandom.com/wiki/Fiction:Nim-Glar%C3%A9_Concordat?oldid=766376"
Community content is available under CC-BY-SA unless otherwise noted.