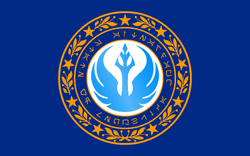 State of the New Cyrannian Republic

Republica Elen'Nanethia, commonly referred to as Elen'Nanethia and officially referred to as the State of Republica Elen'Nanethia, is a federated state of the New Cyrannian Republic located in Quadrant 82. A region with a long history in Quadrantia astropolitics, the region now known as Elen'Nanethia was first established by the United Republic of Cyrannus a year after first contact with Rambo Nation in 10 BNE/03 BQF, the oldest and largest extragalactic region in the Quadrants. Intrinsically linked to the politics of the native Quadrantia powers, Elen'Nanethia is one of the most prosperous regions in the Republic, with worlds such as Adelentia, Apatalore and New Capricaerón holding considerable weight in the Republic Senate.

During the Dark Times, the United Republic of Cyrannus' Quadrantia colonies defied the Galactic Empire of Cyrannus, forging an unrecognised state referred to as the Republic in Exile. The Exiled Republic provided the bedrock upon which the New Republic was ultimately established, with the Quadrantia planet Apatalore hosting the Republic's first capital. Though the Republic's executive and legislative power has since relocated to Mou'Cyran, the political influence of Elen'Nanethia rivals that of Coru Secundus and the Twelve Worlds.

Natives of the Cyrannus Galaxy first arrived in the Quadrant Galaxies in 10 BNE/03 BQF, soon after aiding their newfound Rambo Nation allies in the First Galactic War against the Imperial Alliance. The first colony in what became known as the URC Colonial Sector by the natives was New Capricaerón, which was established as the first extragalactic colony in modern times, a symbol of the peaceful cooperation which had emerged between the Libertus and the Rambo Serindia.

Simultaneously, Apationagtus colonists established the prosperous world Apatalore close to the Wormhole Plateau, with both colonies becoming influential worlds within the Quadrant Galaxies. The Republic involved itself in many of the conflicts and intrigues in the Quadrants, playing a major role in the Second Galactic War and the Intergalactic War, conflicts which necessitated the formation of the Cyrandia Alliance, an intergovernmental organisation spanning the entire Cyrandia Cluster. The formation of the Alliance bolstered the prosperity of the colonial sector, which went on to serve as a key military staging ground during the Great Cyrannus War. Indeed, though New Capricaerón was briefly occupied by the Confederacy of Allied Systems during the conflict, by and large, the Confederacy ignored the URC colonies in favour of Rambo worlds along the critical Ramsoria Run, which bordered, but did not actually enter Republic space.

When the war ended with the rise of the Galactic Empire of Cyrannus, the sector remained loyal to the ideals of the Republic. Led by Admiral Laege Shavalera and Senator Adelheidis, the sector became known as the Republic in Exile. The Exiled Republic managed to retain control over the sector despite the ever-present likihood of an Imperial invasion. Tensions between the region and Rambo Nation, as well as the other members of the Cyrandia Alliance, became strained in 01 NE, when the Rambo attempted to close the Cyrannus-Quadrantia Wormhole in an attempt to prevent an Imperial invasion. Unwilling to lose access to their home galaxy, loyal Republic captains attempted to prevent their former allies from closing the wormhole. However, when an Imperial fleet emerged during the conflict, both sides put aside their differences and fought as one, defeating the Imperials.

Nevertheless, relations between the Exiled Republic and the Rambo were seemingly destroyed by the battle. After the battle and despite the political machinations of the ambitious Adelheidis, the sector remained relatively peaceful during the Dark Times, though it struggled to repair the defence fleet lost during the Battle of Angforst. When Apollo began the process to restore the Republic, the Exiled Republic, now led by Count Apaltar, was a crucial player, ultimately serving as the bedrock upon which the New Cyrannian Republic was forged. The former President simultaneously managed to repair relations between the sector and the Rambo, which remained strained in the months since the Battle.

For the first months of the Republic's existence, the colonial sector—now known as Elen'Nanethia within the NCR's federal structure—served as the nucleus of the burgeoning democracy, with Apatalore serving as the capital during the colonisation of Mou'Cyran, while the shipyards of the Adelphi provided the New Republic Navy with much needed starships, particularly in light of the New Cyrandia Wars. Since the establishment of the New Republic, Republica Elen'Nanethia has retained its position as not only the Republic's most prosperous territory outside Cyrannus, but as the third most prosperous overall, behind only the Coru Secundus Region and the Twelve Worlds.

The governmental structure of Republica Elen'Nanethia is heavily informed by Adelphi political traditions which date back to the establishment of their interstellar federal republic many centuries prior to the Great Cyrannus War. As such, while the politics of the region changed little since the early days of the United Republc's presence in the region, they became legitimised by their establishment into law by the Republica Elen'Nanethia Constitution, which defined the government as one with three branches, an executive Praesator, a legislative Senate and a judicial Supreme Court. The seat of the Praesator, the Senate and the Judiciary are located on Apatalore. It has been noted however, that quite atypical to other regions of the Republic, an aristocratic structure has been retained amongst the many Serindia in Republica Elen'Nanethia , with House Ramthrace of New Capricaerón—a vassal of the ruling House Le Rambo—retaining significant political influence in the region.

The chief executive of Republica Elen'Nanethia is the Praesator, a title which dates back to the earliest planetary republics of Capricaerónan Libertus. Though the Praesator's authority is below that of the President of the Republic, the Praesator has significant executive sway, serving a largely ceremonial position as the commander-in-chief of the Quadrantia defence fleet and ensuring that the laws of the state are upheld by the legislature and the judiciary. The unicameral legislature of the state is dominated by the Republica Elen'Nanethia Senate, members of which represent each system in the state. The Senate of Republica Elen'Nanethia subsequently elects the Galactic Senators who represent the region in the Galactic Senate of the Republic. In terms of Republic-wide politics, the region is considered to be a Federalist stronghold, though Senator Raesa of Adelentia is amongst the most influential Reformists. Nevertheless, both Federalists and Reformists in the region tend to find common ground, particularly when compared to Centrists.

By far the largest extragalactic colonial sector in the Quadrant Galaxies, Republica Elen'Nanethia occupies a significant portion of space to the galactic south of Rambo Nation in Quadrant 82. Though historically located in a peaceful region of the Quadrant, the events of the Torment rearranged the astropolitical map of the Quadrants, resulting in the Regellis Star Empire being relocated from Quadrant 89 to the eastern border of Republica Elen'Nanethia. As such, tensions between the two powers are rife. Nevertheless, the state was otherwise generally unaffected by the calamity, though Adelphi space was relocated from the north west to the western fringes of the state. Despite the devastating consequences of the Torment, Adelphi politicians and spacers are secretly thankful for the move, which ended the often dangerous voyages between the Adelphi and the bulk of the Republic's colonies, which were separated by Rambo Nation.

Along the eastern reaches of Republica Elen'Nanethia lie several colonies once occupied by the Imperial Alliance during the Second Galactic War, such as Rosla, Veloci and Tuacio, with the latter hosting the site of the United Republic of Cyrannus' entry into the conflict. These key colonies are linked via the Caldarian Run, a key hyperlane linking them with Caldari Ridge, Pheobao and the state capital Apatalore. The route ultimately exits the Republic's borders, linking it with Rambo Prime. The Caldarian Run connects with the Adelentian Trade Spine, which originated as the first hyperlane mapped by the first Adelphi spacers. The Trade Spine begins at the outer colony of New Cadian, before heading in the direction of Apatalore, linking the eponymous Adelphi homeworld of Adelentia, Doranyon, Araelor, Euroaquadime, Tóthy, the intersection at Apatalore, before moving onto Pheobao and the Lianna wormhole, where it transitions into the Cyrannian Republica Run. 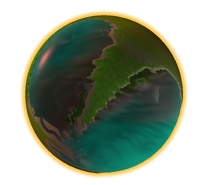 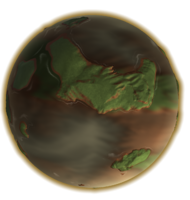 Republica Elen'Nanethia fields an expansive state defence fleet officially overseen by the Praesator. In actuality, Republic Command on Mou'Cyran retains autonomy over most major military operations, with no distinction being made between a taskforce operating in Republica Elen'Nanethia and one operating anywhere else in Republic space. For many years, the highest ranked military officer in the region was Laege Shavalera, a distinguished Libertus officer noted for his service during the Second Galactic War, the Intergalactic War and the Great Cyrannus War. With the establishment of the Republic in 03 NE however, he was reassigned to exploration duties in the Cyrannian Unknown Regions. In his place, the Rambo Ancientia, Anuatolian, was promoted as the highest ranked Fleet Admiral in Republica Elen'Nanethia—a position essentially synonymous with commander in chief. Anuatolian commands the First Quadrantia Fleet from the bridge of the Phoenix-class supercarrier Eye of Horus.

“We will stand with you.”

“We hope we can come to some sort of understanding.”

“You have committed an act of aggression against us and will therefore be brought to justice.” 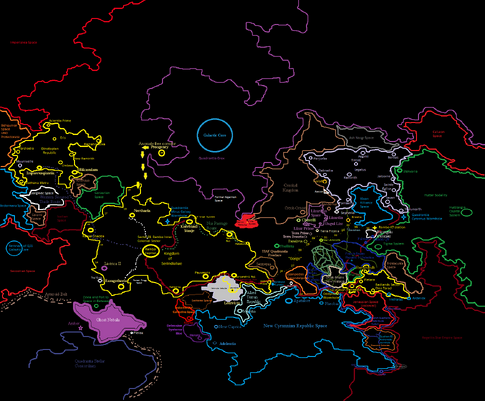 Retrieved from "https://spore.fandom.com/wiki/Fiction:New_Cyrannian_Republic/Republica_Elen%27Nanethia?oldid=755056"
Community content is available under CC-BY-SA unless otherwise noted.