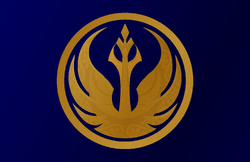 Legislature of the New Republic

The Galactic Senate of the New Cyrannian Republic is the legislature of the restored Republic of Cyrannus. Formed in 03 NE, the Senate styles itself as the successor of the Congress of the United Republic of Cyrannus—officially denouncing the legitimacy of the now-dissolved Imperial Senate based on Orbispira. The Senate exerts considerable authority on the direction of the New Republic, to both the benefit and the detriment to the executive office of President. Formerly based on Mou'Cyran, upon the planet's destruction in 15 NE, it was re-established on Capricaerón.

The Senate is comprised of one senator from each member state of the Republic, which is chosen by the popular vote of the population and ratified by the leader of the respective state. Each senator is given a single vote regardless of their representative populations, which—in theory—promotes equality between the Senate's members. In reality, worlds such as Coruanthor, which consist of many trillions of individuals are considerably more influential than a low-population world such as Venetia. Considered to be a more deliberative and effective body when compared to the Senate of the URC, the leadership of the Senate constantly works to ensure that the mistakes and corruptions found in the body's predecessor are not repeated. However, after the near-extermination of the Senate during the Cataclysm on Ianuaria 39, 15 NE, the administration of President Apollo struggled to reform the body in light of the Gigaquadrant-spanning Second Great Cyrannus War.

The primary duties of Republic Senators include curbing the powers of the executive, mediating disputes between Republic worlds and sectors and working toward the common good of the citizenry. Despite holding only legislative powers, the Senate also maintains the right to declare war and to open diplomatic relations with a foreign government. A President needs the support of the majority of the Senate before making such decisions. The Senate is presided over by the First Senator, an influential senator chosen by his or her peers to serve as the Speaker of the Senate.

The origins of the New Republic Senate lie in the closing moments of the Great Cyrannus War, when the mysterious power broker known as Tyrómairon—who had orchestrated the entire conflict—usurped power over the democratically elected President of the United Republic of Cyrannus, giving rise to the despotic Galactic Empire of Cyrannus with himself as the Emperor. In order to provide a sense of legitimacy and continuity with the past, Tyrómairon retained the newly renamed Imperial Senate, though it existed in name only.

Three years later, coalitions of pro-Republic factions such as the Republic Remnant and the Republic in Exile had garnered enough support throughout the Cyrandia Cluster and beyond to restore both the Republic and the Senate upon which it was originally built. The first session of the congress met on Apatalore in the Quadrant Galaxies, where it organised the worlds which had joined the newly formed Republic, such as New Capricaerón, Venetia and Coruanthor. Simultaneously, delegates from the Senate travelled throughout the Cyrannus Galaxy to seek out neutral worlds—and even those previously allied with the Old Confederacy— to join the New Republic.

The Senate would ultimately come to be located in Republic City on Mou'Cyran, a newly settled world in the Coru Secundus region of the Cyrannus Galaxy. Throughout the New Cyrandia Wars, the Senate would continue to grow, with more and more planets and sectors joining the Republic, with some such as the Twelve Worlds even leaving the Empire to join the more inclusive government. During the era of the Cyrannian Cold War, the Senate would come to be divided between a political faction in favour of toppling the Empire and another in favour of ensuring the continuation of galactic peace. With the election of President Nexarón Valkistair, the "Militarists" began to gain ground over the "Pacificists".

During the Cyrannian Cold War, the Senate was besieged a covert group of assassins and bounty hunters working under the leadership of the "rogue" Imperial Intelligence agent Agrehele, who took several senators hostage—demanding that the Republic cede control of the Twelve Worlds back to the Cyrannian Empire. President Nexarón Valkistair was hesitant to send in troops in the event that senators were killed in the crossfire, though he was adamant that the Republic would not negotiate with terrorists. Ultimately, the timely intervention of the mysterious Master Ryen dispatched the bounty hunters and rescued the captive senators. After the event, the Republic was tasked with rebuilding the ruined Senate Tower and ensuring the citizenry that such an attack would not happen again.

While the Republic had been founded as a non-partisan alliance of equal member states, in the months and years after the Senate Bombing, the loose political factions which had emerged prior to the presidential election of 07 NE had coalesced into a range of quasi-political parties divided on the future direction of the Republic and the constitution upon which it was established. While the President was expected to disavow any partisan affiliation, it was widely known that Nexarón Valkistair retained close links to Senators loyal to the Centrists, generally referred to in the media as the Nexarón Valkistairans—referencing the control the President exerts over his supporters.

The Centrists were distinguished by strong support from the most ardent militarists and anti-Imperials in the Senate, facing opposition from the more moderate Federalists and the more radical Reformists, the latter of which was formed from senators supportive of the candidacy of Senator Raesa in 07 NE. In addition to these parties, many senators remained unaffiliated with the main parties, instead espousing non-partisanship or political groupings specifically focused on their species, system of civilisation within the Republic.

On the morning of Ianuaria 39, 15 NE, the Empire delievered an ultimatum to the Senate, demanding that it sign the P'ax Cyrannica Concordat, and in so doing, recognise the Empire as the only legitimate government of Cyrannus. The Senate, under the influence of President Valkistair, outright refused to cede to the Empire's demands. Later that afternoon, the Empire unleashed the destructive power of the Cyrannic Imperial Battlestation, destroying the Mou'Cyran system and the seat of the Senate. All members of the Senate, minus six, were killed in the resultant explosion. In the chaos that followed, the Republic came close to collapse, though quickly rallied behind Senator Apollo, who, due to his informal seniority as the founder of the Republic, was appointed as the 'survivor'—the President of the Republic, and the now non-existent Senate. After the resounding Republic victory over the Battlestation at the Battle of Cadian, Apollo travelled to Capricaerón and began the difficult task of rebuilding the government.

A month after the destruction of Mou'Cyran, and the outbreak of the Second Great Cyrannus War, the Empire clandestinely orchestrated the Fiction:Second Great Cyrannus War/Opening Stages/Republic Day Attacks against surviving members of the Senate. In the attack, Suué Carolausa of the Coventina sector was killed, while Vice President Ramdard Ramthrace was severely injured. The attacks, coupled with the ongoing Imperial campaign in Coru Secundus, postponed the special elections to elect a new Senate, though Raen Magalen of Capricaerón regained his old seat due to the relative political stability on his world. Once the Battle of Coruanthor ended in a Republic victory almost a year after the Cataclysm, Apollo hosted the reconvening of the Senate on Capricaerón, stabilising his government and allowing the Republic to combat new threats, such as the Corruptus and the traitorous True Republic, which declared both Apollo and the new Senate as pretenders and usurpers, sparking the New Republic Civil War.

Though political factions naturally emerged with the rebirth of the Republic in 03 NE, during the divisive Cyrannian Cold War, these divisions would give rise to partisan politics representing the Cyrannian traditions of right, moderate and left-leaning representative democratic principles—reflected by the Centrists, the Federalists and the Reformists respectively. In the current Senate, the Centrists are considered to be the largest political grouping, largely due to the popularity of President Nexarón Valkistair's anti-Imperial policies in the current political climate.

The Centrists value law, order and a strong executive as fundamental tenets of their political ideology, including many of the Senate's most outspoken war hawks from militarist worlds such as Coruaan. Critics of the party often point to the rise of the Galactic Empire of Cyrannus from the ashes of the last great democracy as a warning against placing so much executive power in a single individual. Indeed, while the name of the Centrists may imply a political ideology of centrism, in reality, many representatives of the party are deeply ideological in nature, often refusing to consider the remote possibility of what the Reformists term Cyrannian Concordance — a lasting peace with the Empire. Notable Centrists include Mirax Varos of Coruanthor, Aneen Daerethal of Arnópalagira and Roth Caesenn of Coruaan.

The second largest political grouping in the Senate are the Reformists, the political ideology of which is strongly influenced by exiled Alberensian politicians who deeply value independence for each member world in the Republic. Diametrically opposed to the Centrists, the Reformists believe that the Republic should be restructured in a manner similar to a loose organisation akin to the Cyrandia Alliance. Rather than a strong central executive in control over a galaxy-spanning military, Reformists favour local democratic systems in which each member of the Republic has near-total control over their own defence and politics. Notable Reformists include Raesa of Adelentia, Amirtae Buroa of Achiliquin and Mer Mirea of Cruandai.

The third major political party in the Senate are the Federalists, the members of which tend to favour a strong, central democracy characterised by a decisive Senate and an effective, though not all-powerful, presidency. Federalists tend to be vehemently anti-Imperial, much like the Centrists, though tend to take a less-hawkish approach to Republic-Imperial relations. To a Centrist, war with the Empire is inevitable. To a Federalist, it is a very real possibility which should be avoided if possible, but prepared for all the same. Federalists occupy the middle-ground in the Senate, critical of the vitriolic rhetoric of the Centrists and the disunited Reformists. Indeed, in opposition to the ideals of a weak central government espoused by Reformist politicians, Federalists believe that a strong federal Republic provides the best hope for peace in the galaxy, rather than the divisiveness inherent to a system in which local interests clash with one another. Notable Federalists include Apollo of Capricaerón, Ramdard Ramthrace of New Capricaerón, Sola Naberraé of Concordia and Milinitt Loransia of Venetia.

The New Republic Capitol Tower—often known simply as the Capitol or the Senate Tower—is the official seat of the Galactic Senate of the New Republic, constructed in 08 NE after the devastating collapse of the Gold Tower due to an act of terrorism during the Senate Hostage Crisis. Universally adored by the citizens of Republic City, the Capitol is the tallest building in the city, it's neoclassical towers, spires and domes being recognisable symbols of the Republic's majesty and prestige. Within the walls of the complex are opulent rotundas, beautiful artwork, holographic displays depicting important democratic figures, a labyrinth of state rooms built to accommodate any function imaginable and offices used by the individual Senators which call the building their workplace.

The Senate Chambers, which house the thousands of Senators in the Republic. 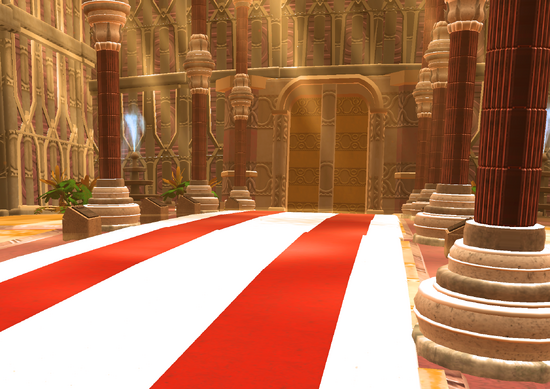 The chambers within the Republic Senate are bathed in golden light.

Retrieved from "https://spore.fandom.com/wiki/Fiction:New_Cyrannian_Republic/Government/Senate?oldid=769024"
Community content is available under CC-BY-SA unless otherwise noted.