“Because every sentient being matters, we provide every citizen with a voice. Each is allowed to express opinions and participate in government as they see fit.”

The New Cyrannian Republic is a federal representative republic with executive power being vested in a President and legislative power being vested in the Republic Senate. When elected by a majority in the Senate, the President chooses a cabinet made up of the Vice President and the heads of each of the executive departments of the Republic's government which remains in power until it loses the support of the Senate, at which time a new President and cabinet will be elected. The chief diplomat of the New Republic is chosen by the President and holds the rank of Proconsul. The seat of government is located on the planet Mou'Cyran in the Cyrannus Galaxy.

Currently, the President of the Republic is Apaltar while Apollo holds the rank of Proconsul.

Established by the Articles of the Republic during the Cyrandia Conference of 03 NE, the Government of the New Cyrannian Republic was primarily designed by Apollo in order to emulate the government of the United Republic of Cyrannus. However, a few additions were made including greater power being placed in the Senate as well as the creation of the positions of Proconsul and Consul to curb the powers of the President. Within the next week, most of the worlds and sectors aligned to the Republic elected their senators, who in turn elected Apollo as the President. However, keen to spend more time with his family, Apollo turned down the request, becoming the Proconsul while Apaltar of Apatalore became the President.

Within the next several months, the government settled on the world of Mou'Cyran in the Coru Secundus region of the Cyrannus Galaxy. There, democracy once again became one of the most dominant forms of government in the Cyrannus Galaxy, once again rekindling hope for the allies of the Republic that the Dark Times of supreme Imperial rule were coming to a close.

However, with the outbreak of the Gigaquadrantic Conflicts and the New Cyrandia Wars, President Apaltar began to come up with plans to ensure the stability and growth of the New Republic as an intergalactic superpower, opening up relations with many new extragalactic civilisations, expanding their territory outside the Cyrandia Cluster and creating an Executive Committee in the hopes of curbing incursions by the newly formed Rihanae Pact. Meanwhile, Proconsul Apollo began to seek out ways in improving the strained relations with Rambo Nation with the hope of eventually re-creating organisations like the Cyrandia Alliance and Fleet of Retribution.

Later, as the Republic's age of prosperity began, the Senate agreed with Apollo's proposal to create an alliance of neutral states to promote trade, defense and peace amongst its members. Thus, the Mou'Cyran Accords were formed, with the Republic serving as a leading member.

Executive power in the New Republic is vested in a democratically elected President, who functions as the head of government, head of state and commander in chief. Presidential candidates are selected by the Republic Senate and then put to popular vote among the people. If a President resigns or is killed while in office, the Vice President assumes power and serves out the remainder of the former President's term. A President's term lasts two standard Cyrannian years and can be renewed indefinitely.

When elected, the President will choose an executive cabinet made up of the heads of the various departments of the Republic government and a Proconsul, who serves as the chief diplomat. For short-range interplanetary travel, the President travels via special Presidential Shuttles while for interstellar and intergalactic travel, the President uses the civilian ship Republic One. Elected by the New Republic Senate in 03 NE, the first President of the New Cyrannian Republic was Apaltar, who served for four years until Senator Nexarón Valkistair was elected to the position after the presidential election of 07 NE.

The Galactic Senate of the New Cyrannian Republic is the legislature of the restored Republic of Cyrannus. Formed in 03 NE, the Senate styles itself as the successor of the Congress of the United Republic of Cyrannus—officially denouncing the legitimacy of the entirely ineffective Imperial Senate based on Orbispira. Headquartered in the New Republic Capitol Tower in Republic City, Mou'Cyran, the Senate exerts considerable authority on the direction of the democratic superpower, to both the benefit and detriment of the Executive Office of the President.

The Senate is comprised of one senator from each member state of the Republic, which is chosen by the popular vote of the population and ratified by the leader of the respective state. Each senator is given a single vote regardless of their representative populations, which—in theory—promotes equality between the Senate's members. In reality, worlds such as Coruanthor, which consist of many trillions of individuals are considerably more influential than a low-population world such as Venetia. Considered to be a more deliberative and effective body when compared to the Senate of the URC, the leadership of the Senate constantly works to ensure that the mistakes and corruptions found in the body's predecessor are not repeated. 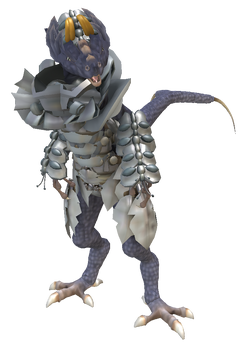 Apollo
Representative of the Twelve Worlds 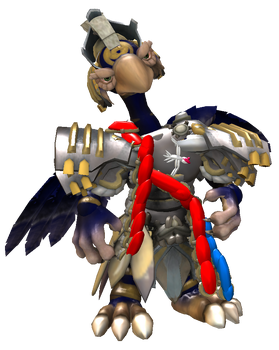 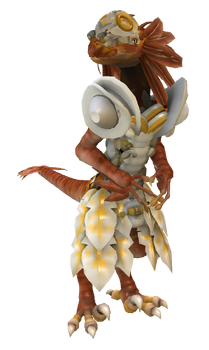 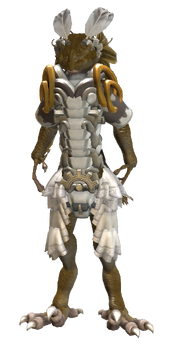 “The ultimate rulers of the Republic are not the President, the Proconsul or the Senators. Rather, they are the people themselves. The people, not a single person or a small group of people, should have ultimate say in the development of their civilisation.”

“The Republic is my race's new beacon in the darkness of space. I will do my best and do my part.” 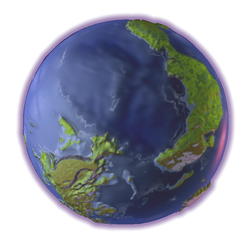 Mou'Cyran, capital of the Republic

Retrieved from "https://spore.fandom.com/wiki/Fiction:New_Cyrannian_Republic/Government?oldid=755044"
Community content is available under CC-BY-SA unless otherwise noted.