The Sword of Peace

“This will be a peace of necessity. We can no longer hold out in a military struggle against the Empire and this peace treaty will allow us to rebuild our strength for our ascendance. Our time is at hand.”

- Taros Cassynder to his Confederate kin before the Treaty.

It has been four years since the fall of the Confederacy of Allied Systems and the end of their attempt at galactic leadership. In its place, the Empire rose to strike down those who still claimed that the dreams of the Confederacy were not dead. However, after years of constant fighting, Taros Cassynder has finally come to the decision that in order for their way of life to survive, the Confederacy of Free Planets must be given time to consolidate its strength without fear of Imperial reprisal. Through diplomatic backchannels, the Confederate Remnant has managed to broker a deal with the Imperials for a peace treaty for the duration of the conflict with the Cyrannian Imperial State, calling on their former foe Apollo to serve as a neutral third-party. However, not everyone in Cyrannus desires the return of a legitimate Confederate government... 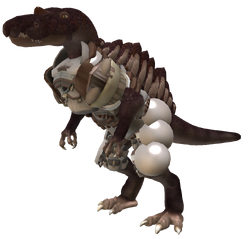 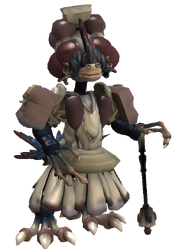 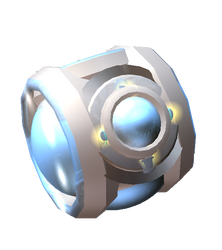 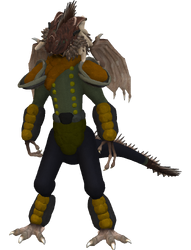 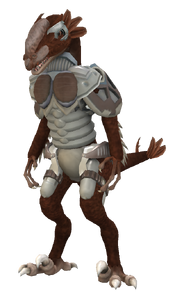 Chapter One: The Neutral ZoneEdit

Deep in space, the Imperial-Republic Neutral Zone straddled the border between the two superpowers, each side playing host to vast fleets designed to persuade against aggression by the opposite faction. However, a single ship entered the zone for an important meeting for the future of the Cyrannus Galaxy. A lone Praesator-class Star Destroyer, the CRS Sword of Peace, hung silently in the void. On the bridge of the powerful Star Destroyer, Proconsul Apollo stood with his arms folding gazing anxiously at the viewscreen while Captain Danakar nervously fiddled with a data pad. Suddenly, two massive ships emerged from the darkness.

Apollo scratched his chin, a small smile etched on his face.

The Imperial captain's face soon gave way to a view of space, just as a small Confederate fleet emerged from hyperspace. This time, an Adlapuspino appeared on the screen, his face scarred from years of battles, both against the Republic and the Empire that replaced it.

The delegates from the Republic, the Empire and the Confederacy gathered around a richly furnished dining table, adorned with lavish colours and filled with food from all corners of the Cyrannus Galaxy. As a resistance leader spending his life on the run, Cassynder was particularly impressed with the welcome he received. Standing frowning on the other side of the room however, Gaius Prentus look particularly miserable, especially when compared to the unexpectedly jovial Grand Mandator Aporyan, the estranged father of the Republic's President. Standing to address the crowd, Proconsul Apollo was quite nervous about heading these peace talks but hid this beneath his words as he began to speak.

Before Aporyan could answer, the room shook as a massive force of energy impacted against the shields of the Sword of Peace. Havoc spread throughout the room as ambassadors from all three sides struggled to their feet. The heavily accented voice of Captain Danakar rang out.

Aporyan looked shocked in turn, cowering behind Prentus as Cassynder bared his teeth aggressively. Apollo moved between the two delegates, raising his hands in a gesture of calm.

Chapter Three: A Triumvirate of EnemiesEdit

Across the gulf of space, a mysterious cruiser continued to fire globs of energy at the Republic vessel Sword of Peace, which rocked and shuddered under the stress of the powerful ship's unrelenting attack. On the bridge of the predator, three figures stood watching their nefarious plan unfold. Standing in the centre, the infamous crime lord Flovos Pretio eyed and the situation keenly. He was somewhat surprised that his sneak attack had disabled both the Imperial and Confederate ships, clearly underestimating the power of his stolen flagship. Standing either side of the crime lord stood two figures keen to overthrow the Republic's current regime for separate but remarkably similar reasons.

The voluptuous blue humanoid placed her arm around Pretios, who smiled at her receptively.

Adelheidis scoffed as soon as Zare'Anne mentioned this. Gasping theatrically, she turned to the Draken, who led the Republic Remnant after being elected over Apollo.

Zare'Anne growled under his breath. He did not think highly of the promiscuous young leader. Or her plans for leadership. Nevertheless she would be useful until Apollo was out of the way and his re-entry to politics guaranteed. The continuation of the Confederacy's war with the Empire was a pleasant side-effect, since under him the Republic would suffer no rival. Turning to Adelheidis, he nodded, initiating the next stage in their plot.

Striding up to the main viewscreen, Pretio commanded the tactical officer to stop firing on the Sword of Peace and instead open up a communication to the besieged warship. On the bridge of the Republic Destroyer, Admiral Danakar frowned when the transmission was received, but opened it nonetheless transmitting the visual link throughout the ship, even the conference room holding Apollo and the Imperial and Confederate delegation. To her surprise, the figure in the viewscreen appeared as an officer of the Imperial Navy, bearing the rank of Admiral. Unknown to Danakar, the Imperial Admiral was actually Pretio in holographic disguise.

The transmission ended and once again the conference room collapsed into chaos. Cassynder roared in rage and approached Aporyan and Captain Prentus aggressively, both of whom looked incredibly confused.

Gaius Prentus raised his weapon, followed closely by his guards who formed a defensive perimeter around the Grand Mandator. The situation was deteriorating quickly, much to the glee of Adelheidis and Zare'Anne.

The atmosphere in the conference room was rife with tension, with all three sides pointing the proverbial finger at the others, each laying blame on the other for the breakdown of communication. Apollo sat weakly on one of the provided seats, his head resting in his hands when suddenly he heard a familiar sound indicating the arrival of one of his more mysterious friends.

Apollo lifted his head and stared curiously at the ancient Oikoumene AI.

Gaius Prentus noticed the new arrival, and with an annoyed expression etched on his face, he approached.

Apollo smiled mischievously at Prentus, who rolled his eyes in annoyance.

Captain Prentus took off his hat and scratched his head, deep in thought.

As the Adjunct repaired the weapons, hull and shields of the Sword of Peace using the mind boggling resources within his framework, Apollo informed Admiral Danakar of the situation, prompting her to prepare for battle against the enemy vessel.

As quickly as the Adjunct had promised, the Sword of Peace was repaired to full operational capacity, much to the surprise of Adelheidis, Zare'Anne and Flovos Pretio, who were shocked that the damage done to the mighty Star Destroyer was repaired so easily. Turning to face his tactical officer, Pretio practically yelled his orders.

With a gigantic hiss and a shudder, the main battery of the Aggressor-class Destroyer fired, spewing its deadly payload toward the Praesator-class Star Destroyer. Under the direct control of the Adjunct, who had temporarily replaced the ship's artifical intellignece, the mighty Republic ship narrowly escaped the Aggressor's terrible fire, which instead exploded with enough force to shatter a moon off the Sword of Peace's port side. Floating above the deck of the bridge, the Adjunct whizzed around at a dizzying rate, watched intently by the delegates. Apollo looked briefly at Cassynder, who was clearly in a cold rage about the dishonour of being on the bridge of a Republic cruiser when he could be commanding a Confederate dreadnought against these criminal slime.

Just as Apollo was about to reply, Gaius Prentus growled back.

Just as Apollo spoke, the bridge shook as the Sword of Peace once again narrowly avoided the Syndicate vessel's attack. Suddenly, the Adjunct stopped and twirled around to Admiral Danakar.

Turning to her tactical officer, Danakar simply nodded as the entire arsenal of the Sword of Peace was unleashed, impacting against the hull of the Syndicate vessel and severely crippling it. However, this surprised Danakar, who had expected such an outpouring of firepower would have completely annihilated the ship. Clearly it was tougher than it looked. On the bridge of his flagship, Flovos Pretio lifted himself off the ground, noticing that he had landed on Adelheidis.

Scowling, Pretio turned to see most of the bridge crew dead, with only a few still remaining, including Adelheidis and Zare'Anne, who appeared to have broken one of his wings.

Nodding in agreement, Adelheidis walked over to the hyperdrive navigator and activated it, sending the triumvirate to safety to come up with a new plan to achieve their goals.

In the hours after the attack of the Syndicate Dreadnought, the gathered Imperial and Confederate ships disabled previously by the mighty cannons of Pretio's warmachine were repaired with the help of the Adjunct, who gladly lent his assistance to the Republic and its guests. Meanwhile, on the Sword of Peace, Apollo, Cassynder, Aporyan and the newly arrived Consul Firenhir Vemeryn were deep in discussion. Though tensions flared during the attack, they had cooled somewhat thanks to the cooperative effort shown by all three factions. Nevertheless, Cassynder was still sceptical.

Just as Cassynder was about to respond, Apollo raised his hand.

The gathered delegates clapped in agreement. For the first time since the days before the outbreak of the Great Cyrannus War, the Confederacy was at peace with its neighbours and was now in a position to stop running from the Empire and begin to build a new future for themselves.

Retrieved from "https://spore.fandom.com/wiki/Fiction:New_Cyrandia_Wars/Year_One/Sword_of_Peace?oldid=748455"
Community content is available under CC-BY-SA unless otherwise noted.