The Nagith Empire was a Cyrannian superpower that existed between the years 39,300 BTC and 13,210 BTC, with its main hub being located in the Unknown Regions of Cyrannus.

Known to have had a rivalry with the Pyrian Republic that often turned deadly, the Nagith proclaimed themselves the embodiment of the Anteo-sanna, a mytholgical term for the Mornûnendur, leading two massive wars against the civilized galaxies, plunging the galaxy into a Dark Age that would not end until the formation of the Federation of United Worlds.

Circa 39,200 BTC, it is believed that the leader of the Nagith, a D'annaoi named Naleoro claimed to have had a vision from higher powers, telling him it was his destiny to create the Nagith Empire, a civilization that would spread truth, order and prosperity for all races under the dark banner under the ones whose names cannot be spoken, otherwise known as the Mornûnendur, though the truth behind these claims has yet to be revealed. Complying with these orders, Naleoro began planning to conquer star systems one by one until the galaxy fell under the influence of his dark gods. Over a series of decades, Naleoro secretly rallied thousands of star systems under the banner of the Nagith, under the very nose of the Pyrian Republic, the major galactic government at the time. Using highly advanced technology from ancient times, the Nagith expanded quickly over the next century.

After one hundred years of expanding, Naleoro finally established the Nagith as a galactic power, with 1.2 million systems under the Nagith flag. Naleoro was crowned the absolute leader of the Empire, beforehand serving mostly as a figurehead to the military conquerers of the Nagith Armies and Navies. After a couple of years of consolidatation, Naleoro knew that the time had come to defeat his enemies, the Pyrían Republic, centered in the Core Worlds. In the coming conflict, the fiendish D'annaoi knew that his faction had one advantage; his enemies had little to no knowledge of their existance. His master plan complete, the newly crowned Dark Lord Naleoro led his vast military toward the Core.

Invading the outer Core World regions of the Pyrían Republic, the Nagith stuck hard against their enemies, catching them completely by surprise. Over the next year, the Nagith gained more and more ground, their experianced navy crushing the more diplomatic-proned ships of the Republic. Nevertheless, the Pyrían had strong wills and eventually pushed the Nagith back to the edges of the Core Worlds, merely eight light years away from the capital of Orbispira. The result was a statemate that lasted for the better part of the next decade, with the Nagith succeeding on some fronts and vice versa on others. Eventually, the aging Naleoro decided to pull back his forces, to concentrate on developing technologies that could be used to defeat the Pyrían once and for all.

And so, the Nagith Empire returned to the Unknown Regions, fading back into obscurity.

Between the thousands of years between the two Nagith Wars, barely anything is known about the benign empire's activities. However, recent evidence uncovered by Apollo's Republic Remnant during the Dark Times seems to indicate that the Nagith began to experiment in dark ways, creating their apparent successors, being called only the Children, who were recently discovered to be the Neraida. However, these creations later rebelled against their masters. Further evidence suggests that they also came into a bitter conflict with the dreaded Bisistar in this period, but were spared the brunt of their invasion. However, the two factions eventually developed a deep loathing for one another. In the aftermath of the Bisistar Invasion against the Pyrían Republic, it was left in ruins. The Dark Lord at the time, a Diaita by the name of Nya'ca'zh began to build his armed forces in preparation for yet another invasion.

And so, the Nagith launched yet another invasion with much more aggression then before. The Pyrían struck back in kind on Nagith territories in the Unknown Regions and after decades of bitter conflict, both nations collapsed under the intense burden of absolute war. Much of what was of Naleoro's dreams were shattered, though so were his enemies.

As the passage of time in the Cyrannus Galaxy wore on, civilizations traded tales about the Nagith and Pyrían, though overtime, they were all but forgotten, replaced by new powers, such as the Federation of United Worlds and the Basileus. It wasn't until the Dark Times, when the Mornûnendur Dark Lord himself, Tyrómairon revealed himself as the ruler of the Galactic Empire of Cyrannus was the Nagith dream finally realised, far grander than any could have hoped. While journeying through the Outer Rim, Apollo discovered a secret Nagith planet, gaining information about the Nagith and their creations, who remain unknown. 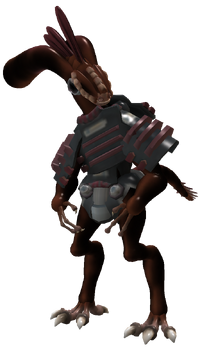 Circa 39,200 BTC, it is believed that Naleoro claimed to have had a vision from higher powers, telling him it was his destiny to create the Nagith Empire, a civilization that would spread truth, order and prosperity for all races under the dark banner under the ones whose names cannot be spoken, otherwise known as the Mornûnendur, though the truth behind these claims has yet to be revealed. Complying with these orders, Naleoro began planning to conquer star systems one by one until the galaxy fell under the influence of his dark gods.

Naleoro led his people to war with his greatest enemy, the Pyrían Republic in the Great Nagith Wars, which eventually ended. Naleoro eventually grew very old, and his successor, a Diaita by the name of Nya'ca'zh killed the old man in his sleep. 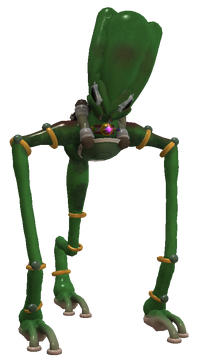 Nagith territory was centred in the Unknown Regions of Cyrannus, encompassing a great deal of space, extending even into the Outer Rim, and at times during the Nagith Wars against the Pyrían Republic, even reaching into the Core Worlds and the Inner Rim. At it's height, the Nagith Empire controlled over thirteen million systems, and was expanding at a constant rate.

However, Nagith territory shrunk dramatically in the war against the Bisistar Dominion, though the Bisistar were eventually forced to retreat. In the thousands of years after the fall of the Nagith Empire, evidence of their reign could be seen in the Outer Rim when Apollo and the Republic Remnant discovered an ancient Nagith fortress world. 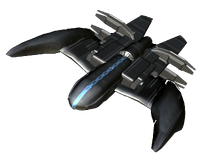 “We are united in our quest for perfection.”

“You shall be exterminated.”

“The universe is a more enjoyable place without your scum.”

“They served their purpose.”

“Interesting information about this civilization, I can't wait to find out more.”

“I heard much about this civilisation. I can only say one thing: You were decieved.”

Retrieved from "https://spore.fandom.com/wiki/Fiction:Nagith_Empire?oldid=768977"
Community content is available under CC-BY-SA unless otherwise noted.