The Mercuris Federation, Union of Ten

In the Milky Way Galaxy, and across many nearby galaxies

The Seven Blades of the Mercuris Federation

“We are generally diplomatic, but don't get on our bad side...”

Expanding to nearby galaxies

Unknown
"We, The Mercuris Federation, have granted you access to our database. Use this information wisely."

Were you looking for the Transmission Directory?

The Mercuris Federation (short for the Allied Federal Monarchy of the United Mercuris Galaxies) is a large organization of empires united under the rule of an Emperor. All of the species originate in the Milky Way, but they have expanded to many galaxies across the First Gigaquadrant intent on domination of their enemies.

After hundreds of years of advancement, they have disbanded the concept of an economy, and since have increased greatly in size.

Most of Kkrotids expansion revolves around war. In the year 2 DKS, the main Perseus Sector superpowers were the Quabart Empire and the Distronom Imperium. Being two years after the Kkrotids' expansion into space, they had only about twenty colonies. But that gave them an advantage. The superpowers underestimated them after the open declaration of war. This became known as the "War of Opression" (2 DKS-3 DKS). The Kkrotids planted false information to both sides and began a conspiracy to turned them against each other. The two superpowers quickly destroyed most of the each other's colonies, and the Kkrotids finished off the rest of the remaining enemy planets. This increased the Kkrotids' colony number from twenty to over two-hundred. They were then one of the dominant superpowers of the Perseus Scetor. But, the demise of the Quabart and Distronom allowed for other races to expand.

In the year 4 DKS, the Kkrotids found a tribal planet called Nortom. On it was a tribe of creatures called Kkintorans. Further Kkrotids study show that they have almost the same genetic makeup. Being before the creation of monoliths, the Kkrotids fleet perpetually guarded the planet. They allowed no foreign ship within a parsec of the system. But, the restriction of trade on the local empires in the area caused them to become angry at the Kkrotids. One of the most powerful empires in the area, the Tefutyrins Republic, became isolated from most outside trade. Them and their allies began to colonize areas around Nortom. When the Kkrotids attempted to halt this development, the Tefutyrins Republic learned of the location of another planet thatvthe Kkrotids were ask guarding. After a solid year of cold war, the Tefutyrins and their allies launched a full miltary strike on both planets simultaneously. This was known as the "Guardian War" (8 DKS-21 DKS) Though their attack was mighty, they were crushed shortly, and the Kkrotids launched a counterstrike on the Tefutyrins home world, Nageriai. Some Tefutyrins surrenderes, and were allowed to live freely on Nortom with the Kkintoran in freedom, and the rest were wiped out.

The Ilegans, one of the former Tefutyrins allies, had been plotting their revenge on the Kkrotids for eleven years. They made a quick and decisive attack on the Kkrotids capital, Skuther (Beginning of 32 DKS). They nearly succeeded, but the Kkrotids responded with a huge frontal assault on every planet in the Ilegan Empire at the same time. Unlike in the previous wars, the Kkrotids did not permanently destroy the Ilegan Empire. Instead, they decided to place them on an enormous craft and cast it out of the galaxy. The Ilegans, however, did not die. What happened to them, is another story entirely.

Many years later the Kkintoran and the other species, who named themselves Skutherans, reached space and joined the Kkrotids. This formed, the Mercuris Federation in the year 35 DKS.

With the Mercuris Federation rapidly expanding, more and more empires were being restricted in size. 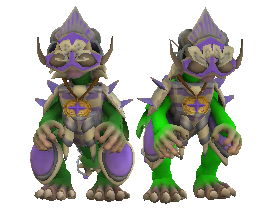 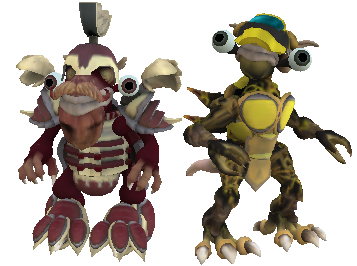 The Kkintorans (Ornitovenatorus flagetailus) are one of the founding species of the Mercuris Federation. They control a large, scientific republic that stretches across the federation's territory and develops most of the new technologies. They are vastly influential, and often help the lower species of the Federation and allow refugees of war to live on their worlds. They have a democratic representative government led by President Motron and Representative Taparon, and they exist in the Triumbrate. 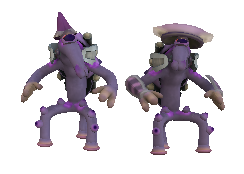 The Skutherans (Porlatus rengail) are one of the founding members of the Mercuris Federation. They do not control entire planets like most of the other members. They actually find uncolonised worlds and terraform them into a perfect atmosphere while establishing arcologies for the Skutherans and their client races to inhabit. They are also one of the most scientifically advanced races in the Mercuris Federation, and they develop many of the new technologies for the other races to use. 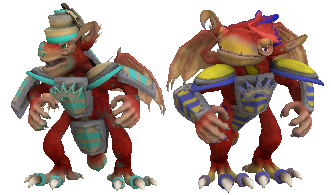 The Scorsh (Incinerus gorgonis) are a notable member of the Mercuris Federation. They are a very zealous race whose laws and principles are all based on the military and religious practices. They have made great contributions to the overall Federation's military and they are present on most of the Mercuris Federation's colonies. Their fleets are unmatched by most and their overall technological firepower is some of the greatest in the Perseus Sector of the Galaxy. 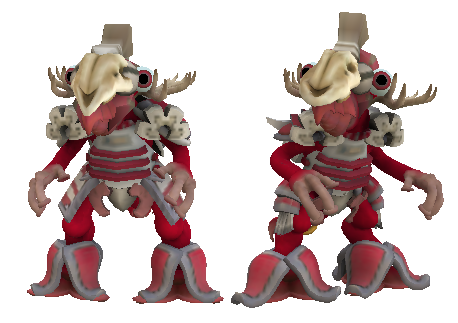 The Moosloose (Rutilus cornu) are a powerful and influential member of the Mercuris Federation, with their colonies rivaling some of the Triumbrate. The Moosloose are an immensely rich corporation that purchases systems and advanced technology for the beneficent of the rest of the Federation. They assume many important government roles and are the most common form of ambassador to foreign empires. They possess uncanny negotiation skills and many of them are very effective diplomats. 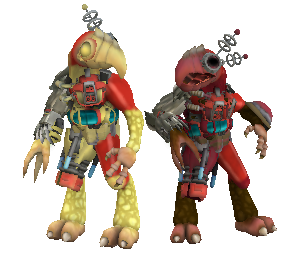 The Itle (Apparatus pennipotenti) area cryptic and mysterious member species of the Mercuris Federation. They are an intelligent race of cybernetic intelligences. They have massive ammount of technical knowledge, and their membership in the Mercuris Federation contributes to the development of many new technologies. The origins of the Itle is shrouded in mystery, and their religion makes many references to the so-called Destiny Inheritors. 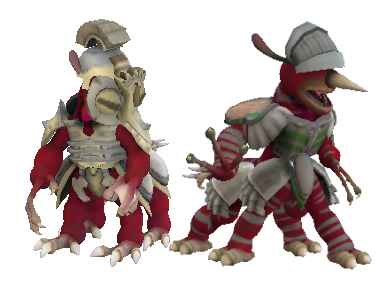 The Mercuris Federation is located in four galaxies across the Gigaquadrant. It has been speculated that they are planning on colonizing more galaxies to spread their influence further. 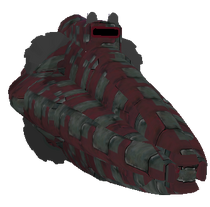 Deliberance-Class
Add a photo to this gallery

"These races are our friends! We shall prosper together!"

"Just stay away from us, and no harm will befall you."

"These savages have incurred our wrath! Prepare for annihilation!"

“These species have ideals quite similar to ours. We hope that our alliance will be prosperous for many years to come.”

- Oobergrowb 13 of the Warrior's Allignment

“They're lucky to have us as allies. But, we both benefit from this friendship.”

“They have come to save us from that evil Shadow Azakai! We will fight for them, supply them, and give them all the spice thay want!”

“These, these creatures have destroyed us! Left us with nothing! We hope they burn!”

“We are sorry for the hostilities in the past. It was a misunderstanding.”

“These brutes are uncivilized savages and don't deserve to live. They expelled us from the Perseus Sector unjustly and have killed thousands of us!”

“We are quite happy with the progress between our people. We thank you for your time, and the trade we have going.”

- Barda Clett of the Federation of Glory.

Retrieved from "https://spore.fandom.com/wiki/Fiction:Mercuris_Federation?oldid=546056"
Community content is available under CC-BY-SA unless otherwise noted.