Evil
“It is a sorcerer of terrible power, a master of the darkness that permeates all that is good. Cruel and twisting in its rule and tormentous in its revenge. Yet there are still those who serve the Dark Lord, for it is also a master of charm and deceit.”

Malinorendor, also known simply as the Sorcerer, the Enemy or the Deceiver is the mysterious Dark Lord that holds dominion over the southern half of Marmor as well as large tracts of land in the northern regions of Talaninor on Erde. An entity of malice, hate and driven by a singular will to dominate the minds of others, Malinorender's mere presence is a violation unto the very fabrics of the material word. Malinorendor's origins are shrouded in the very darkness that embodies his form. The Sorcerer, as it was initially known, was first detected in the northern regions of Erde, inhabiting the great fortress ruin of Gul'Aulen, where he festered and plotted his inevitable rise to power. Due to his machinations, the entire southern half of Marmor was consumed by fire and ash despite the Dark Lord being on an entirely separate continent at the time. Now, the Dark Lord seeks to extend its dominion over the mortal realms, gathering his power over dark magic and his dreaded servants. 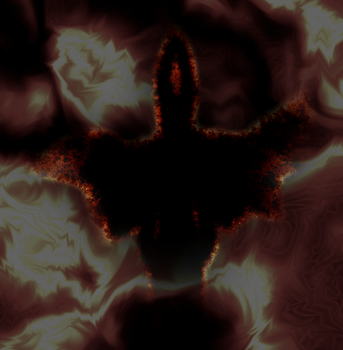