Lothíriel Avery is the female captain of the Olympic class USS Pasteur and an officer within Rambo Nation. Due to her medical status and degree she wears a medical uniform, with white coloration to represent her captain status (instead of red). Young, bold and kind she is a promising captain within the navy.

Avery was born around 23 BQF and was raised at the colony of Javan. After finishing high school she joined the Academy where she joined the medical branch. She even managed to gain a degree in medical and as such she became a nurse at a star ship, the USS Dallas under command of Ramcard. Eventually, due to hard work and a need of brave and promising officers due to the loss of many during wars like the Intergalactic War and the Great Cyrannus War she achieved the rank of captain quite fast.

She recieved command of her own at the start of 03 Ne/06 AQF together with her promotion to captain.

Her ship, the newly constructed Olympic-class USS Pasteur, a medical-ship turned out to be the perfect class to command as Lothíriel loved to give aid to those in need, wether they were from Rambo Nation or from other races. During the 4th month of 06 AQF she witnessed a stolen Hutter ship destroy trade vessels. Those who survived were taken onboard the USS Pasteur for medical aid. Later that month she was summoned to the Rambo Capital after it was struck by a terrorist bombing. Lothíriel became part of a task force under command of fleet captain Trabl to occupy the planet Yudumarth. Lothíriel's task was to take care of the wounded and haul them between Yudumarth and Javan. During the meeting she displayed her dislike of Apanoida, who she believed was to agressive and was a danger to her fellow captains and crew.

Upon the start of the battle, she and her crew prepared the wounded and transported them back and from Javan.

During the first month of 07 AQF, Avery arrived at the Chavelli homeworld where she joined captain James Rambo of the USS Enterprise-A and the Chavelli diplomat Valchi in searching for survivors among the debris field, the remnants of Angforst and its task force. Upon the discovering of the debris field left by the fleet and Angforst, they came to the conclusion a single Quashowan-dreadnought managed to disable the entire fleet and destroy the station. The three soon searched for survivors among the wreckages and began salvaging bodies as well. Meeting back in his personal quarters onboard the Enterprise, Lothíriel admitted she was unsure how to inform Rambo Command of these events, as she commanded a hospital ship and not a battle cruiser. To her surprise and delight, James Rambo informed Avery and Valchi that Rambo Command tasked them with aiding the Chavelli with the injured and remain at their homeworld until further notice, as he already had informed Rambo Command. She later returned to her vessel and remained at Chavelli for a while.

Lothíriel is a kind and noble spirit, always putting the wishes and disires of those in need above her own. However, as a captain she is well aware that she cannot help all those in need, and her crew and ship are more important when at risk than those in dire need. However she will put her crew and herself to the maximum to help those in need.

Lothíriel is quite smart, somehow smarter than most captains as she has her own medical degree, and as such isn't really gifted in tactics though is very capable of recognising emotions like happiness, stress, lying or deceit. Lothíriel does not have much patience with fellow captains who rash into actions or are to agressive in her eyes.

She is a great believed in the Rambo Pantheon.

“I will help those in need!”

“They are a danger to my the health of my patients and crew!” 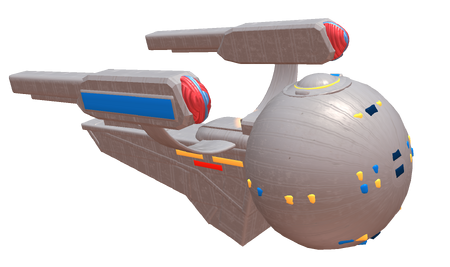 The USS Pasteur is an Olympic-class hospital ship. Though she lacks any weapons, only equipped with weak phasers she has powerful shields and contain many Sick Bays, Cargo Bays and surgery rooms. It is, in fact, a fully operational hospital in space. The class can also function as a full acedamic mobile hospital- with body scan equipments, blood labs etc when implemented. The USS Pasteur is one of the few full academic hospital ships compared to the other regular versions. The USS Pasteur contains various science labs as well to assist the medical crew.

Olympic-class ships aren't used in fleet formation, but are often used as back up, giving medical aid to those in need and are also often deployed to aid other species and planets in needs, whether after attacks or global disasters.

The class is around 320 meters in lenght and needs has a full crew completion of 750 (regular crewmembers and medical personell, though she can hold over 1200 patients when required.

“A fine and noble captain, knows well to keep herself busy with medical matters instead of interfering with my tactical plans!”