The Lightning war is an ongoing armed conflict between the Katar Sector Alliance and the Grand Tarkan Empire over ownership of the territory of Miperiors.

During the Tyranny war, the Grand Tarkan Empire had become a slave to the Tyranny in all but name. It did its bidding and took up arms against its enemies. On their order, crown prince Etzan V'klor was sent to conquer Miperiors at the head of the Tarkan Imperial Army. His conquest was a monumental success. Though, as the KSA's forces massed to strike back against him, Etzan––now Gran Beyvik of the empire––called for peace between them to fight against the real enemy, the Dominatus. The KSA could not refuse.

After the Tyranny was defeated, Etzan's every action was meant to fortify his empire against the inevitable war with the KSA. Time will tell whether or not his defenses will stand the test of war.

In an agreement with the Miperiors Empire in Exile, the Katar Sector Alliance had promised that it would reclaim the territory of Miperiors. In exchange, the Miperians had discharged the alliance from their obligations and allowed them to focus on their ongoing war with the Drakodominatus Tyranny. Two years later, on December 31, 2794, the agreement expired. As the Alliance marshaled its troops, war between it and the Grand Tarkan Empire resumed. 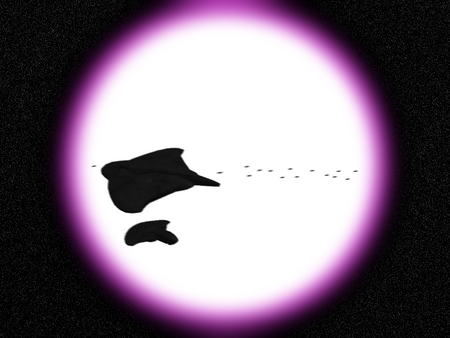 The Alliance's main objective was Miperiors, but Etzan still possessed an enormous force in Lower Katar. When war came, he could direct his army against either the Aeoneonatrix Occupation Zone or the Farengeto Coalition below him, or reinforce Miperiors above him. It was decided that the bulk of the Alliance's navies, twenty-seven thousand ships, would invade the Grand Tarkan Empire from the Farengeto Coalition in an effort to draw the Tarkan Imperial Army, and Etzan himself, away from Miperiors.

Retrieved from "https://spore.fandom.com/wiki/Fiction:Lightning_War?oldid=609199"
Community content is available under CC-BY-SA unless otherwise noted.