The Lianna Initiative was a supranational interstellar organisation of multiple planetary nation-states raised in 2805 (07 AQF) with goals to prevent wars through collective security and disarmanent, settling interquadrantic disputes through negotiation and arbitration to improve safety and security within the Quadrants as whole. The Initative was signed and headquarted at the former Rambo Nation space station, Starbase 08, better known as Lianna-station. The Initiative was founded on the principles of liberty, equality, peace, justice, and progress, with a purpose of furthering the universal rights of all sentient life. Initiative members exchange knowledge and resources to facilitate peaceful cooperation, scientific development, space exploration and ofcourse mutual defense.

The original Initiative lacked its own armed forces, however the renewed Initiative relies primary on the Sacratus fleet and the armed forces of the Kingdom of the Netherlands. The Sacratus forces are deployed for space exploration, enforce Initiative resolutions, keep to its economic sanctions, improve economic trade within the Quadrants and defend Initiative members.

For the Quadrants it is the first interquadrantia organisation since the dissolution of the Cyrandia Alliance, though many species who do not meet the "requirements" accusse the Initiative on a pro-Cyrandia aligned organisation only. The Initiative was dissolved with the fall of Rambo Nation in 2819 though was reformed in early 2825.

Since the fall of the Cyrandia Alliance in 2802 (05 AQF) and the following invasion by the Galactic Empire of Cyrannus of Rambo Nation and it's subsequent protectrate-status created a massive power vacuum within the Quadrant Galaxies. With the Rambo Nation fleet shattered and damaged, hostile nations like the Hutter Kingdom, the Regellis Star Empire and the Icolian saw their chance and began trying to fill in the vacuum, leading to tensions and border conflicts. To make matters worse, the "self-proclaimed" guardian status the Rambo had fell away, without their intensive patrols over the trade routes in the Quadrants criminal species like the Kzishaya and the Quadrantia Loron began leaving their strongholds and spread to all corners of the Quadrants. Many peace orientated species and empires suffered and realized something had to be done as tensions rose between Rambo NAtion and the New Cyrannian Republic made matters difficult, though some saw a chance with the placement and re-opening of the Rambo Starbase 08, better known as Lianna-station. Councilor Ca'Lippe of the Ca'Leon worked on a plan and managed to summon various diplomats to Lianna-station during the first month of 07 AQF, present at the meeting were the Rambo Serindia senator Creckbo Ramdorian, Creckel diplomat Ramckel and Andormaru ambassador AnPthak. To Ca'Lippe's own surprise the Xiaan send their own diplomat as well, the ancient X-im-ta-nark to attend the meeting.

The threat Mortikran and the Infernal represented caused all in attendance to sign the Initative in hopes of a better and safe future as all began using their resources to ensure peace and prosperity.

The first joined intervention by the Initiative was to engage the Hutter Kingdom fleet that was besieging the Infernal, under command of the Mortalitas commander Mortikran. While the Kingdom wanted the vessel for their own needs, the Initiative wanted to prevent it and remove Mortikran as a possible threat to the Quadrant Galaxies. After a few hours of battle, the Initiative gained their victory and drove the Kingdom fleet away, managed to disable the Infernal and took command of the massive star destroyer. Sadly Mortikran himself managed to escape and evaded capture, he was placed at the "Wanted" list of Rambo Nation, in hopes of capturing him soon for trail. Afterwards the fleets returned to Lianna-station to resupply and repair the damage done during the fight. Shortly after, the fleet disbanded and returned to their own systems to await further calls.

Captain Ramniels Ramcelsior was dispatched to locate and deal with the possible future Rambo ship, currently under occupation by the dreaded Icolian. Impressed with how quickly a coalition could be formed around a common threat, the New Republic Senate decided to send a petition to join the Initiative. Eventually, this was accepted and President Apaltar appointed Ansin Cyrellon, the former representative to the Cyrandia Alliance to the role of ambassador to the Lianna Initiative in the hopes of building up Republic influence amongst the other members of the alliance. Yet is first sparks soon dwindled as the Empire rose to dominance and shattered trust between nations and ensured the swift end of the promising Initiative.

In early 2825, the Dinotopian Republic, the Kingdom of the Netherlands and the Sacratus agreed to work together on the principles of liberty, equality, peace, justice, and progress, with the purpose of furthering the universal rights of all sentient life. Initiative members began exchanging knowledge and resources to facilitate peaceful cooperation, scientific development, space exploration, and mutual defense. Their main forces were provided by the Sacratus fleet, the direct successor of the once noble and proud Rambo.

The criteria for membership in the secretive and rather unknown Initiative are relatively strict, nations have to be willing to send military forces when all members agree on military actions, sharing the costs of each conflict equally, without doubt aiding members when invaded by non-member states and more.

Further more each member has to send a representative to Lianna-station, the recognised headquarters of the Initiative or else live in the vicinity of the station (if their biology allows it). Exceptions can be made for each individual member-state, for example the Xiaan are not member of the Initiative but are willing to support it when they deem it worthy enough.

Current members and representatives are:

Though not members of the Initiative, various empires and nations are known to support the Initiative and have a free choice in whether or not supporting operations by the Initiative, they are often represented by the same representative though this has not always to be the case. 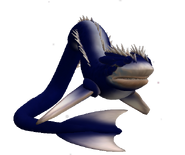 Initiative members that signed the document often send their diplomats to Lianna-station, as the station headquarters the Initiative. All diplomats there have their own quarters, living appartments and embassy office though are not required to be present at the station at all times. Members have regulary meetings, preferably once in the two weeks or else every day in case of necessity. All members have an equal vote and voic, there is no chair man of head of the meeting though experience show that the Andormaru AnPthak often opens the meetings and is a voice listenend to. All members have to support a proposal before an operation can be started.

Might Lianna-station be comprimised, another location for their meetings has to be chosen.

The first joined military operation was the Battle of the Infernal, where Mortikran lost his flagship to the Initiative.

“A new hope for cooperation and peace in the Quadrant Galaxies, we are glad to be members and the benefits that it entails, such as the growing bonds of friendship with the Quadrantia races after many years of mistrust.”