“Even with all of our advancements, all of our might... we will never be as grand as them. We will never even scratch the surface of their sheer magnitude and power. The Cold Ones once ruled every star of this galaxy, and we own our very existence to them, for it is thank to them that we managed to leave our home star. I can only wonder how they would react to the galaxy's current state.”

The Kormacvar are an extinct species of incredibly advanced reptilians native of Planet Hyperborea, at the Borealis Galaxy's now destroyed Northern Arm. The first sapient species in Borealis' history, they were its most advanced natives in history as well as grandest empire during their Golden Age, which happened five billion years before the beginning of the Ice Age. The Kormacvar are widely known for being the original creators of the Borealis Grid and the Cold Relays used by the galaxy's inhabitants for intersteller travel, as well for being the original masters of the Caretakers and Alvino.

A species who once spanned the entire galaxy, the Kormacvar ultimately met their end at the hands of the Grox Empire in a 500,000 year long war which led to their extinction. Though while they are long gone, their legacy still exists in the galaxy in the form of the Grid, its related equipment and numerous artifacts scattered around old worlds which modern species have used to boost their own technology, with races such as the Seagon and Rovegar being noted for having evolved around Kormacvar artifacts since their early existence.

Much of the Kormacvar' history is a mystery. They evolved in the galaxy's Northern Arm on planet Hyperborea, the first world of the galaxy recorded to have developed sapient life, and evolved until they became the largest empire of the galaxy. To expand their influence, the Kormacvar started to create networks of jumpgate arrays, which they would use for interstellar travel. As more species became space-faring, they also started to use the Kormacvar' jumpgates, making them easy prey for the Kormacvar to turn them into servants of their expansionist empire. They also created the Naombur which eventually evolved into the Caretakers, responsible for maintaining technology, and the Alvino, responsible for maintaining nature. They Kormacvar are also responsible for the creation of the Samilinus and the Cold Loron, after a group of Loron came back in time and crashed in a Kormacvar research planet.

It is a well known fact that the Kormacvar were close friends of the Vyro'Narza, for unknown reasons. The Vyro'Narza seemed to have a close interest with the Kormacvar, and indeed, the galaxy. It is unknown why this is, but it is known that Vyro'Narza artifacts are often found near the Kormacvar artifacts in many locations. During their Golden Age, the Kormacvar fought and defeated their main rivals in the galaxy, the Zarkhator, eventually destroying their civilization while only leaving the individual currently known as Zarkhator Prime alive as a form of punishment.

When the Grox arrived, the Kormacvar attempted to defeat their home, leading to the beginning of the Great Grox War which lasted over 500,000 years. During this time, a half of the Kormacvar were taken away by Vyro'Ralzora, who used their souls as ingredients of the Vague's creation, leading them to be heavily crippled in their war against the Grox and eventually led to their destruction. The Kormacvar attempted to save as many survivors as possible via cryogenics in their homeworld, though this failed due to the actions of Regnatus, and the only survivor of the race in the current age is Arkarixus.

The Kormacvar were extremely tall silicon-based lifeforms with a reptilian appearance. Their scales were blue in colouration and they possessed impressive sets of horns on their heads and deep blue eyes which reflected light shined upon them, as well as a pair of seemingly insectoid antennae. Their hands were webbed and very soft to the touch while their feet possessed distinct crystalline claws, and they also possessed somewhat long tails. The most noticeable trait of their bodies, though, were the immense pair of stretchy appendages located on their backs, which could extend themselves to at least twice of their usual size. Kormacvar females differed from males for possessing clear, almost snow white scales.

The Kormacvar were usually stoic creatures who saw themselves as responsible for maintaining order in the young Borealis, seeing younger races as belligerent and incapable of controlling themselves. However, this does not mean the Kormacvar were xenophobic. On the contrary, they were known to have accepted thousands of alien races under their care, and all members of the Kormacvar Empire were treated the same, regardless of species. The Kormacvar were known to be militant and put a great emphasis on their military during their Golden Age, being more than content in using lethal force to make their enemies submit to them.

All Kormacvar possessed great physical strength and flexibility, despite their large size. An ability shared between them and their creations is of reading through the neural systems of other species through touch, allowing them to read minds and memorize alien languages in a matter of seconds. In addition, all Kormacvar possessed psychic potential, with the most skilled individuals being capable of feats such as telekinesis, launching psychic pulses and waves and even levitation. 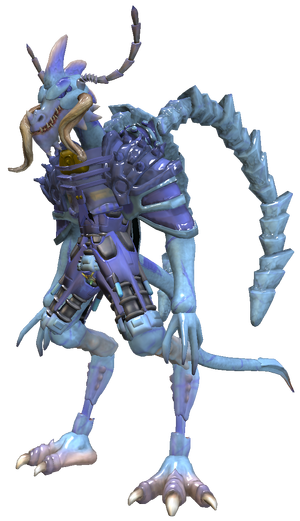 Arkarixus Vhiktus is the last living member of the Kormacvar who currently serves as the maximum military authority of the Polar Crystal Alliance. A figure dating five billion years who was born in a galaxy of death and chaos, he cryogenically froze himself in an attempt to save his people which was sabotaged by his own surrogate brother, and he was eventually discovered and awakened by the modern inhabitants of the galaxy, who he has since gotten a liking for.

Among the most powerful individuals in Borealis, Arkarixus has pledged his desire to protect the galaxy for the rest of his life, guiding it to a better future. His countless years of warfare have made him an experienced and wise figure, as well as a terrifying opponent to encounter in the battlefield. Stern but ultimately good-hearted, Arkarixus is the first line of defense of the Borealis, and usually the last his enemies ever encounter. 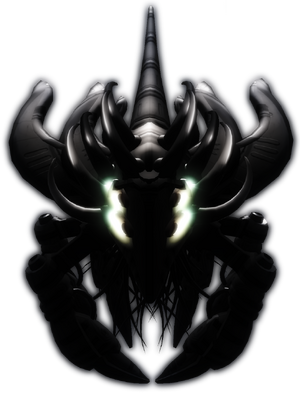 “BOREALIS BECOMES PERFECT THROUGH MY DESIGN.”

Regnatus Vhiktus was a member of the Kormacvar race, belonging to the order of the Warmasters who was created to combat the Grox Empire five billion years in the past under the Kormacvar Empire. However, the stress of war and the loss of his people caused him to descent into madness and make use of the Borealis Grid to achieve technological ascension, becoming a vengeful and malevolent entity of god-like might and presence who sought to impose his rule in the entire galaxy, enslaving his former enemies and turning those who opposed him into obedient thralls.

Taking the form of a planet-sized dreadnought of unrivaled power, Regnatus was the most powerful native entity the Borealis Galaxy has ever experienced and is widely seen as the epitome of evil in the galaxy's history. Deranged yet hyperintelligent, possessing an unnatural paranoia and a desire to take control of the entire of Borealis, Regnatus' influence still lingers on through the cosmos and is widely believed to be a permanent presence in Borealis, for even after his death, the scars left by actions still haunt the galaxy's inhabitants. 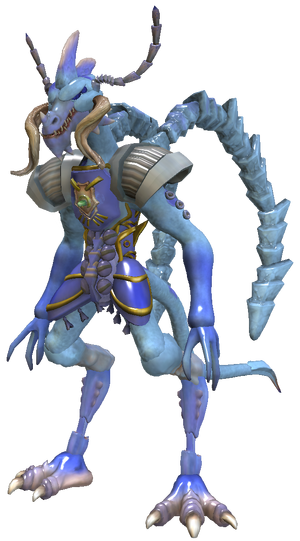 “Hmph, nothing the Grox can do, or anything that you can say, will detract me from my purpose; endure the bad end of the war so that my people don't have to.”

Kholduitanus, the Traitor Warmaster, was the predecessor and posthumous genetic-progentor of Arkarixus and Regnatus that fought against the Grox for decades prior to their conception and is commonly regarded as the most powerful Warmaster to have existed in the history of the Kormacvar Empire. Kholduitanus was a defender of the central worlds of the Kormacvar alongside his brother, Tsarkhuilaius, and begrudgingly served the corrupt Emperor Kaius until he was assigned to kill outer-world insurrectionists that had rebelled due to having been deprived of military assistance or assosiation with the rest of the Empire in an effort launched by Kaius to bait various worlds and their colonists to the Grox to preserve the central colonies, which led to Kholduitanus eventually becoming an insurrectionist leader following the assassination of his entire family at the order of the Emperor after refusing to carry out his orders.

Kholduitanus eventually died decades after his betrayal following a fatal duel with a powerful Dronox Commander during a Grox invasion on the insurrectionist capital, although not before utterly obliterating his enemy and allowing for the insurrectionists to flee and relocate elsewhere, which later allowed them to rejoin the Empire after the replacement of Emperor Kaius, following an immediate assault by an Imperial armada led by a younger Warmaster crafted from his brother's genes; the armada was entirely destroyed by Kholduitanus with the young Warmaster as the sole survivor, while Kholduitanus later died of the wounds afflicted unto him by the Dronox Commander. His body was preserved and eventually found billions of years after his death by Warmaster Arkarixus, who had his body laid to rest on Viniaris.

“The Ancient Ones... All I know about them comes from history classes. They say they made our technology look like toys, but were still very friendly people... But it took knowing one in flesh to learn that was not exactly true.”

“If they lived to this day, they would all fall to me instead of the Grox!”

“Your legacy is mine, now and forever.”

“Half of our existence is Kormacvar. We will honour them like the fathers we never had.”

“Hahahaha... They were... excellent followers.”

“I know not much of these people, aside from what my Borealis-breed cousins tell me of them.”

- Tyraz of the Brood of War

“I know that some of their technology is on offer for really high prices...interesting. I'll keep an eye out.”

“Their legacy is great. And their past interesting. We learn a lot from them.”

“The protheans of old are always reaped by the young races, as sad as this may be.” 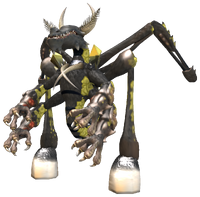 First model of the Kormacvar