"Glory to the Supreme Commander!"

The Kimarese Autocratic Federation is a relatively small interstellar civilization which is currently ruled by Supreme Commander Jalima Darum which is native to and exclusively located in the Andromeda Galaxy.

The space-faring civilization known as the Kimarese Autocratic Federation began at around the human year of 2690, however at this time, it had only one colony, not including its homeworld. A few years later, Supreme Commander Bar'han Rakah succeeded in rapid expansion, earning the K.A.F a hundred colonies. He continued with this work, until he reached the certainly impressive for a young interstellar nation, but insignificant number of 550. He was satisfied with this, and passed away. Thus began a seemingly endless cycle of losing and regaining systems with each passing year by the hands of alien pirates. One determined Kimar individual, however, sought to end this. His name was Jalima Darum.

Jalima Darum became highly influential very quickly, for his charismatic personality and revolutionary ideology won over the populace of the Federation rather quickly. And so, it began. Darum arranged an assassination of the incumbent of the position of Supreme Commander at the time, the unremarkable bore known only as Vivani Timbala, who was also loathed by the populace. Unsurprisingly, the paid assassins succeeded at their job at killing the weak old codger. Serves him right!

For the first few years of his glorious reign, Darum ruthlessly exterminated all sapient life on systems not controlled by them, except for those inhabited by other complex, space-faring civilizations. For those types, he had a plan. To trade and trade and trade... For the well-being of his people, and of course, himself. To be continued... 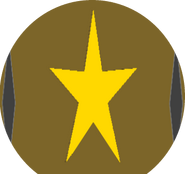