Beyond the need of

Unknown
“Hmph. Demons, that's how the ignorant call them. We mortals just cannot comprehend the whole picture. Like ants, we live in our bubble world, not realising that above us, higher forces are at work. It's hard for me to believe that they were once... like us, but now they are more, much more. Their goals are inexplicable, their plan beyond our understanding. Know that the Isio'Nar work in mysterious ways and accept your place in their Grand Design.”


- Prima Arcana of the Anointed

The Isio'Nar (Radessic for Great Messengers) are an organisation of ascended mortals, a sect of the Eola'Nar cult from the ancient Andromeda Galaxy. For untold millenia, the Isio'Nar have been manipulating mortal species, guiding and decieving, creating and destroying, all for the sake of their Grand Design. One of the eldest denizens of the universe besides the Omnipotents, the Isio'Nar prefer to remain obscure and unseen, but are indirectly responsible for countless conflicts and have instigated numerous mortal faiths such as the Path of Masaari of the Divinarium or the Anointed.

Engaged in a mortal conflict against the insane Mali'Nar, their shadowy brethren, the Isio'Nar are said to maintain purity and balance within the Universe, but their view of these things is as warped by their divine powers and alien minds as themselves. Their actions thus appear to be random to mortals, having no rational reasoning behind them; the truth, however, is that all of them are a part of a large scheme and proliferate the Grand Design one way or the other, directly or indirectly. The Isio'Nar's long-view of the cosmos has made them akin to a force of nature; inexorable and incomprehensible, they will stop at nothing to see their great plan come to fruition.

Nobody knows when exactly did the Isio'Nar come to being, but it is most likely that their Order was founded in the twilight days of the Venhokwe Oligarchy, for the very first mortal to become a 'Nar, Divin-Ra Iloserae, comes from that period. One of the Eola'Nar sects that emerged after the Grand Transcendence, the Isio'Nar believed that order is the only way to keep the Primordial Force (an unknown destructive power that the Eola'Nar became aware of upon their ascension, presumably the Xhodocto) at bay and to keep the multiverse stable. Their opponents, the maddened Mali'Nar, held an exactly opposite view, believing instead that the Primordial Force was a natural response to the growing complexity and stability of the universe and thus, entropy (both on societal and cosmic levels) had to be introduced to it again in order to halt its advance.

Naturally, both factions desired to shape the universe the way they wanted to and thus, the two ascendant sects began their cosmic war, destroying all other Eola'Nar factions in process. The conflict that followed affected the very fabrics of the multiverse and brought unspeakable destruction, thus drawing the attention of other cosmic forces, those that had existed for eternity: the Vyro'Narza. With their powers over Chronoscopic energies, the Guardians of Time utterly annihilated both Ascendant sects, erasing them from the timestream. However, whether by chance or by the Vyro'Narza's mercy, some of the ascendants survived. Spreading slowly over the multiverse, their conflict continued.

Over time, the Isio'Nar attracted numerous groups of worshippers and cultists, who, seeing them as gods, desired to serve them and share in their power. The ascendants understood that mortals could prove useful and began to guide them, thus making them a part of the Isio'Nar's grand plan, and a weapon against the rising threat of the Mali'Nar and their own cultists.

After the Annihilation, when a large portion of the universe was shattered, the Isio'Nar became more active, starting to recruit more members to their ranks and protecting what they could from the waves of Chaos. Through their followers, they indirectly facilitated the rebirth of the Divinarium, one of the founders of the Andromedan Galactic Commonwealth, thus helping it to foil the plans of one of the most prominent Mali'Nar masters, Br'klakkon. Through one of their newly recruited members, a former Draconis Inquisitor by the name of Sarec, they also aided the people of the Borealis Galaxy in their campaign against the Corruptus and the Vyro'Ralza.

The Isio'Nar accept all species into their ranks, but like with their dark brethren, to become one is no easy matter. Some of them are former Anointed hierophants, ascended for their dedicated servitude, while others were once curious scholars who, while hunting for ancient lore, became aware of higher powers and were thus noted by them. The Isio'Nar will often grant ascension to those who might become important political and military figures in the future (as was the case with Iovera) as well as those who are dedicated to fighting the Mali'Nar.

Naturally, before being inducted, a future Isio'Nar is put to a series of mental tests, in order to see if he or she is truly worthy of ascension.

The Isio'Nar, along with their Mali'Nar brethren, are among the most potent elemental energy users, with the ability to shape matter and energy alike with mere thought, warping reality and dominating weaker minds. The abilities of younger, weaker Isio'Nar are more limited (but still beyond those of normal essence users), but increase exponentially with age and experience. Nobody knows how exactly did the original Ascendants, being former mortals, achieve such power, but according to the Strakh, an ancient species encountered by the New Dawn's crew, their essence prowess might stem, or at least originate, from an external source. The fact that said source could increase a Mali'Nar's essence power to a near-godlike level further supports this claim.

One of the most emblematic abilities of the Isio'Nar is the creation of Nirmitas, creatures formed out of an Isio'Nar's own thoughts and emotions. Nirmitas are partially independent, capable of independent thought and action but still directly linked to their creator in a way similar to collective consciousness, and are used as servants and soldiers by Isio'Nar. There are rumours that the most ancient and intelligent Nirmitas are capable of rebelling against their masters, thus becoming simple mortals, and are even said to have interbred with other species (for Nirmitas are often shaped in the likelihood of mortal races). However, these rumours have not been proven yet.

Isio'Nar are similar to the Omnipotents in that their bodies are not composed of matter, exist on different planes and thus require threespace avatars. However, unlike the godraces, to create a physical shell for an Isio'Nar is a delicate and complicate process, the process which requires a mortal body to be used for possession. Most Isio'Nar simply use their original bodies for this purpose; however, if it is destroyed somehow, then an Isio'Nar has to rely on a mortal host to maintain his or her presence on the material plane, which also has to be strong-willed enough to endure the ascendant's immense psychic power for a long period of time. Because ascendant presence inevitably detoriates their hosts' bodies, Isio'Nar possession is almost always temporary, and once the task is complete, the host is being let go. To be possessed is a great honour among the Isio'Nar's followers, and only the highest-ranked cultists are allowed to be used as hosts.

Although Isio'Nar are alien, supernatural beings like the Omnipotents such as the Vi'Navitum, they all have once been mortals and thus retain some three-dimensional creature traits. Isio'Nar society is thus unlike any other in the multiverse, being a gateway between mortal and immortal, sapient and transsapient.

The Isio'Nar society is based on the ideals of order and balance, which is to be maintained everywhere. Any chaotic or destructive force needs to be eliminated, one way or another; however, in a stark contrast to other ascended beings, the Isio'Nar almost never intervene directly, manipulating or aiding mortal races instead. The Isio'Nar's long view of the cosmos has given them a certain degree of disregard for mortal lives, and they are not above starting conflicts or even destroying civilisations if it will, in the future, prevent a larger cataclysm: Isio'Nar schemes may last for decades, centuries, even millenia. The ultimate goal behind the Isio'Nar's manipulations is unknown, and is likely incomprehensible to mortal minds.

The Isio'Nar have an extremely convoluted hierarchy, which incorporates many ranks, from the lowest Nirmita servants and the young Aeons and Ferzins to the near-godlike Sanktanaars. However, some say that not even the Sanktanaars are truly in control and there are greater, more powerful Isio'Nar, whose presence is so powerful that it would simply shatter the very fabrics of reality the moment it manifested into our plane of existence. Some say that the Isio'Nar are commanded by the Omnipotents, while others believe that they in fact serve an even more powerful master.

The Isio'Nar dominate the astral planes of existence, which are said to be composed of thoughts alone. Very little is known of them.

“Our goals demand your help.”

“Our goals demand nothing from you. ”

“Our goals demand your suppression.”

“Our goals demand your destruction.”

“We serve the Spode. We, like you, have risen past flesh, and have become worthy of Spode. For the Messengers of the True God!”

“We shall not be denied.”

“Your theories are false . Your Demiurge is US.”

“Their methods are very slow and ineffective when faced with reality, archaic and stubborn.” 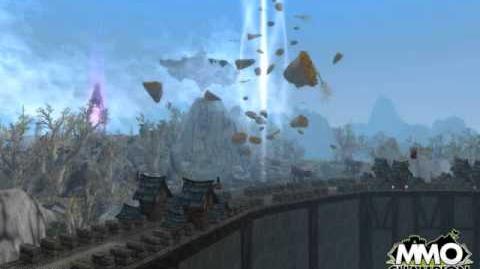