“Hail to the Emperor, our liberator!
Hail to our brothers from distantmost stars
Imperial order dawns bright over Terrae,
Our love for it burns like a flame in our hearts!''”

- Excerpt from the anthem of Imperial Terrae

Imperial Terrae is the name given to the former territory of the Allied Terran Republic in the Milky Way Galaxy, occupied by the Galactic Empire of Cyrannus following the Fall of Terrae. Formally divided into the Legatat Terraen proper under direct Imperial rule and the many collaborationist free nations, "liberated" from the Allied Republic's "tyranny", in practice all of former Terrae is governed by the absolute rule of one man - Grand Mandator Césaire Capellani - and his masters in Cyrannus. Under his quisling regime, personal and political freedoms have been swept away, private life placed under strict surveillance, and collaborateurs given free reign to commit brutal atrocities against the common people so as to keep the populace in check. Despite the brutality of the regime, however, opposition to the occupation exists, in form of the Terran Insurgency, a resistance movement operating both from the Allied Republic's frontier regions as well as from hideouts in the occupied territories where partisan movements grow.

The creation of Imperial Terrae serves two purposes, one immediate, the other more long-term. The first is to create a base of operations for Imperial activity in Plazith Rim in general and in the Orion Arm in particular, and to form a foothold which would provide the Imperial war machine with soldiers and resources and from which further military incursions could be made. The second one, more ideological in character, is not only to crush one of the largest democratic states in the Gigaquadrant, but to sow discord among its people so as to discredit its very existence, and, by extension, the idea of democracy in general. The long game of the Empire in Terrae is to prevent another state like the ATR - a united human nation, driven by the ideas of democracy, peace and personal freedom - from ever surfacing again.

The Allied Terran Republic, forged as an alliance of human unificationists and various Plazithian species, had been a staunch ally of the New Cyrannian Republic ever since its inception. Though separated by thousands of parsecs, the two young democracies' ideological similarities, as well as their long-standing military alliance dating back to the Dominatus Wars, had ensured that, when one was attacked by the Empire, the other was the first to come to their aid. However, what was thought to be merely another campaign in a distant galaxy turned out to spell doom for the entire state. The occupation of distant Cyrandia colonies by the Empire was a predictable outcome - lamentable, but an understable loss in a war. What could not have been expected was that which would come next.

The Cyrannian Empire, unlike the older enemies of Terrae, benefitted from being an estabilished power, well entrenched in most galaxies over the Gigaquadrant. This allowed it to strike at the heart of the Allied Republic well before it could properly prepare for it: with the Apalos turning its back on the humans in their time of need, Terrae was swiftly conquered. The ATR High Command surrendered to the occupying fleet within a week afterwards: a half-Terran, half-Ortella admiral, Césaire Capellani, was chosen to negotiate with the Imperials, hoping to secure at least some degree of autonomy for the occupied Terrae.

To give credit to the Terrans, however, one should keep in mind that it was not all their fault. Long before the war in Cyrannus even started, the e-democracy of the Allied Terran Republic has been corrupted from the inside. The Terran Draconians, an Earthling reptilian race loyal to the Bisistar Domain, had been infiltrating human governments for generations, and the Allied Republic was no exception: a large human-dominated civilisation was easy prey for reptilian agents. The Empire's invasion, somewhat conveniently, brought this corruption to the light, and the Cyrannians were quick to capitalise on that revelation. They portrayed themselves as liberators, coming to save the downtrodden humans from the imperialist regime they were forced in, and, once that idea was set firmly in the minds of the Terrans, proceeded to carve the former Allied Republic's territory into pieces.

Capellani's collaborationist regime ended up governing a shattered nation, set against itself to prevent it from rising up against its oppressors. Separatist nationalist movements were put into power, large allied states partitioned between Mandators and the very idea of united humanity discredited. Terrae as a nation was gone, torn into pieces like patchwork embroidery, easy for Imperials to manipulate and rule over, with only the insurgents to keep the fire of Terran spirit burning.

“Our comrades from the Cyrandia Cluster are not oppressors, but liberators. For several decades we have been held in the clutches of an artificial state, formed by alien infiltrators in order to make us into better cattle on which to feed. But no more. No more false freedom, no more lies, no more of our men and women dying pointlessly on distant worlds. The Empire is our salvation, and through it, these nations will be truly free.”

Though some Imperial officers had initially planned to maintain the Allied Republic's government intact as a puppet state under Cyrannian rule, the Bisistar infiltrators in Terran power structures and the cost of routing them out eventually persuaded the invaders to dismantle the ATR more thoroughly. Under the rule of the Empire, the e-democratic institutions of the League were torn down, replaced by a military government ran largely by Cyrannians, with collaborateurs forming the lower rung of the hierarchy. The main exception to this is the Grand Mandator Cesaire Capellani himself, half-Cyrannian but still formerly a Terran citizen, and his inner circle, all former Allied Republic officers. Though the Grand Mandator rules with an iron fist, however, even he is wholly subservient to his extragalactic overseers.

The main idea that the government of Imperial Terrae is trying to propagate is that the Allied Terran Republic, from its very inception, was a failed, unnatural state, made up of free states forcefully brought together against their will - and that the idea of human unity itself is folly. For that reason, Terran culture has been methodically stamped out, important proponents of united humanity either killed (like Aidan Collins was) or silenced, and education severely limited. However, the more important tool used by the Empire in destroying Terran identity is by giving power to regionalist and nationalist groups within Terrae, who were given free reign to inflame hatred and dissent and thus further divide the people of the former Allied Republic. Some of these groups are wholly devoted to the cause of Imperial Order; others are opportunists, hoping that they will use the Empire to one day establish their own sovereign states, but all ultimately kowtow to Orbispira, whether they want it or not.

An important part of Imperial Terran propaganda is the "Draconian paranoia." With the President of the Republic and many members of her government revealed to have been Bisistar in disguise, the trust of the people of Terrae in their old leaders has been shaken, and the Imperials have used the conspiracy for their own benefit, labelling any critics of the occupying regime as either "Draconians" or their paid cronies. The Capellani government has taken to performing routine purges of the civilian populations of occupied worlds, supposedly to find and eradicate the remaining reptilian infiltrators, in order to keep the people of Imperial Terrae in constant fear. However, these purges are not in fact perpetrated by Imperial troops, but rather by collaborateur militia - again, this serves to disunify the former ATR and create racial hatred between its member factions, thus preventing the Terrans from forming a proper resistance.

With the division of Terrae plan in mind, most Imperial Terran territory was left thoroughly divided by racial and cultural lines into numerous somewhat ironically-called free nations, ran mostly by collaborationist separatist groups and nominally treated as sovereign states under Imperial protectorate. These free nations claim succession from the former independent empires that once joined the Allied Republic, and often use their state symbols, although they do not necessarily have the same form of government. Indeed, in terms of political structure, these small puppet kingdoms are all more or less the same: dictatorships ran by petty warlords, each with a Cyrannian officer breathing down their neck. Prominent free nations include the Nordic Free State, the Sovereign Realm of Yamato and the Greater Independent Oceanic Dominion of Orcas, Dolphins and other Cetaceans (known for its infamous mass drownings of humans).

Those regions of Terrae that were either too large or too devoted to the idea of human unity, such as the European Star Republic were placed under direct control of the Grand Mandator and the Imperial Military, and form the Legatat Terraen. These territories form the heart of Imperial Terrae and it is there that the grip of the Empire is at its strongest, armies of stormtroopers patrolling the streets daily and busts to Tyromairon the Liberator erected all over the Orion Spur. Allied Republic colonies in the Cyrandia Cluster were placed under similar direct rule, owing to their connections to the New Republic, although they are usually not considered part of Imperial Terrae for administrative purposes.

Imperial Terrae serves as a foothold for the Galactic Empire of Cyrannus's invasion of Plazith Rim, and as such holds a sizeable garrison force, meant both to support further conquests and to maintain order within the country. Most of the former Allied Republic military that survived the Fall of Terrae, did not defect to the Insurgency, and were deemed loyal enough were placed in newly formed "free armies", in service of local Imperial puppet states. However, in general the Empire does not use these armies in Plazith Rim, and mostly sends them to fight on other fronts, where they will not have to face their former comrades and think of defection. In the Orion Spur itself, the Empire uses newly formed militia of active collaborateurs; these perform punitive operations for their masters and aid the garrisoned stormtroopers in actually keeping the humans in line.

“Once again, our heart world is in peril.”

“Those foolish enough to take up arms with the New Republic shall share a similar fate. There is no freedom to be found, no victory to be enjoyed. Only defeat, capitulation, and for those who continue to strive in vain, utter destruction.” 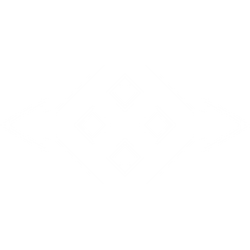 The cross-like emblem of Grand Mandator Capellani, based on the old Earth symbol of the Allied Republic, is commonly found in Imperial Terrae, especially in the Legatat Terraen, alongside the Imperial seal. It supposedly represents the growth of Imperial power in all directions.
Add a photo to this gallery

Retrieved from "https://spore.fandom.com/wiki/Fiction:Imperial_Terrae?oldid=769466"
Community content is available under CC-BY-SA unless otherwise noted.