Most, if not all, Grox-controlled territories

At least 6 billion years old
The Conqrix are warrior races that serve the Grox Empire.

The Conqrix's past is shrouded in mystery. It's not known who were their original species or where they came from, but it's believed they originated from the Andromeda Galaxy. In the nearby Black Eye Galaxy, there is a large concentration of Conqrix colonies, which has led the Delpha Coalition of Planets to believe the Conqrix originate from that galaxy, enough so for the DCP to create the Children of Kerobe in order to fight them. During the Grox's expansion , the Conqrix were conquered and absorbed into the Grox Empire, becoming their new weapon of mass destruction.

When the Gigamatrix was once again formed during the Dark Times, the Neraida discontinued and destroyed the Cyrandia Conqrix in favour of using other assimilated species instead.

Most of all Dronox are mainly cybermechanical and are armed with weapons of various kinds. Most of all Conqrix are known to be a certain color (depending on galaxy) and are all similar in design.

The Conqrix are composed of three main species: the Dronox, the Insectrox and the Mites.

The Dronox are the main species of the Conqrix. Medium sized humanoid cyborg creatures with reptilian features, they compose the backbone of the Grox's ground forces. They are equipped with plasma guns with they use for ranged combat. Some Dronox are also equipped with Lighting Strikers.

While individually weak, the Dronox attack in very large swarms with can easily outnumber their enemies. Being constantly created in Clone Pods and Hives, the Dronox should not be understimated when in large numbers. 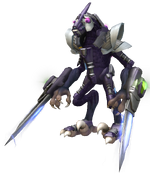 The Dronox also possess a larger, stronger variant, the Commander Dronox. These soldiers are armed with large Lightning Strikers, as well as Missile Flingers in their heads. There is usually one Commander Dronox leading the drones per planet. They usually stay behind the front lines, but may advance to support their troops when necessary. 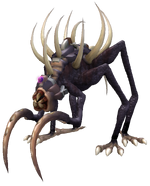 The Insectrox are large insectoid cyborgs build for heavy close combat. They move slower than other Conqrix troops, but are the most resilient and the strongest in physical combat. The Insectrox can attack by using their large blade-like hands. However, they lack any kind of ranged weapon.

The Insectrox go on combat along with the Dronox, but in a fewer quantity. While the Dronox attack in range, the bulkier Insectrox attack in melee. The two forces have a big synergy, which can mean the defeat of their enemies.

The Mites are small insectoid cyborgs used as suicide bombers. Being constantly created in Clone Pods, they carry large explosives and charge to battle, hoping to kill as much enemies as possible. Mites are the weakest members of the Conqrix, not having any kind of weapon except the hand in their back. 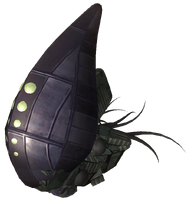 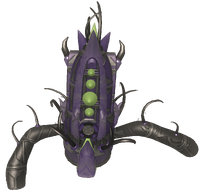 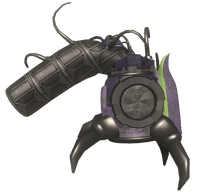 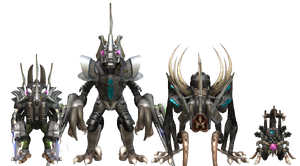 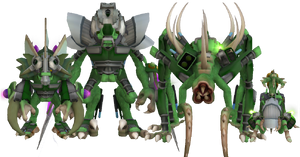 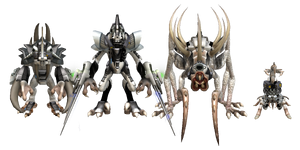 “We have studied their biologies before. Quite interesting creatures.”

“They always seemed too weak for me. The Grox should have made them stronger and more resilient.”

“Maggots of metal rust and rot, Grox life draws breath, organic does not.”

“You destroy our Cyrandia Conqrix.We will make other powerfull Grox cybermech tech more stronger we will terminates all of you.We will infest your planets with our pods.We are finish creating Anti-Terraform.GROX WILL TERMINATES YOU.”

No!!! My homeworld!!! and here i am, watching my planet be destroyed by the conqrix from space.... -unknown victim of the conqrix, possibly a grox warlord that accidentally turned the conqrix against a certain grox planet