Great Empire of Sun and Sand

“The power of stars; the rule of the Sun God; the regin of the Great Empire!.”

“The Sun God protects his children...”

The Great Empire of Sun and Sand, often known as the Children of the Sun and commonly abbreviated as GESS, is an interstellar civilization which is located in the Milky Way Galaxy. The Great Empire is known for it's huge and stable economy and fervent religious devotion, as well as the extensive use of stellar-powered technology.

“The history of our whole race is dark and full of pain. We must to learn about that mistakes and never commit them again.”

Around the year 2050 the subcontinent of North-Africa was under the regin of the chaos, the states of Libya and Algeria started to influence hardly their neighbour countries using the great difference between the economic power of the two potences over the others, the terrorism was attacking everywhere, coups were as common as hunger, pestilence and misery.

While the poor was becoming poorer the rich were becoming richer, relentlessly exploiting the riches of the earth. Gold, diamonds, and above all oil, were extracted without any contemplation, at the expense of slave labor. The great entrepreneurs actively ignored the idea that their resources would end one day, carrying the Earth to the limit. Until in the last decade of the 21st century, the resources started to end.

Formation of the Sun's Children CultEdit

In Egypt, during the year 2099, a new thought movement arised, inspired by the foundation and politics of the Fjord League of Northern Europe, with the aim of permanently remove the oil industry in North Africa and replace it with renewable energy, particularly solar energy. The leader of this movement, which developed eventually into a cult, was the rich philanthropist scholar Ar An'kaya, who taked the title of Nabi (prophet) of the Sun's Children Cult.

In the first day of the 22nd century, the Nabi Ar lead the cult away from Egypt, in a crusade to to spread their faith to the Sahara, where his true goal awaited him, the relentless sun rays of the world's largest desert. There, with the help of his new berber devotees, rised a large city, known as the Ul'Argaz, empowered only with solar energy.

Was during the first years of the existence of Ul'Argaz when the oil crisis in Africa achieve its climax. Most of the cities in the world, even whole countries started to run out of energy, the price of each liter of fuel was astronomical and increased exponentially as time passed. Most of the peapole eventually returned to the stone age.

Not so in Ul'Argaz, the cult remained faithful to the convictions of only using solar energy as power supply, so that the crisis had no effect on the self sufficient megalopolis. The Holy Nabi Ar, then began to use his energy advantage to capture all northern arfica markets, rapidly established strong diplomatic relations with the Imperial Ottoman Directorate, as a means to try to regain influence in its former home. In less than a decade, the empire united most of northern Africa.

Ascension of the Great EmpireEdit

The empire entered in a period of greatness and expansion. The technological development became a priority, along with the development of an economically and culturally advanced society. During the 23rd century, the Great Empire of Sun and Sand consolidated its power and hegemony over northern africa, becoming one of the biggest powers, but the largest, the entire continent, and started an even more ambitious project, it was decided to compete with large global powers in the space race.

The Empire colonized and conquered multiple planets, developing solar energy to incredible levels. Finally, with billions of souls under his leadership, the empire began new projects, expanded its borders, decided to realize the greatest dreams of its people, rule the stars in the name of the Sun God.

“A nation of power and prosperty. The future is brilliant for us.”

The Great Empire is governed by a strict caste system, in which we study the natural talents of citizens using a genetic analysis and psychological during their first years of life. Once the result, the child is educated in the breed best suits your skills and is educated to become one more of that caste.

The ruling cast is known as the Star's Sons, and is compound from those who have the natural talent of to manipulate and control the masses and have great charisma. The leaders of the Star's Sons are the most intelligent and charismatic men and women in the whole empire, and work as scientists and priests for the nation. These are members of the Sun Council, the highest government organism.

The Sun's Sons leaders are who make up the Sun Council. This organism of the goverment has the power over everything and everyone in the Empire, being ruled by a group of aristocrats who possess a greater intelligence, cunning and charisma than the rest of the citizens. The council is responsible for creating laws, collect taxes, organizing the economy, and perform all activities of worship to the Sun God.

“The Sun God selected us to rule. We are kings and emperors from our birth. We are the Star's Sons.” 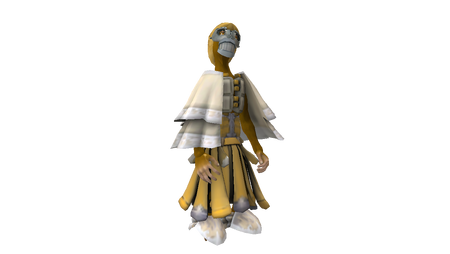 The Star's Sons are the ruling cast of the empire. Their average intelligence is far superior to that of other castes, particularly those who are in the most important places of power, because they are specially chosen before birth by thier superior capabilities, through a genetic study. Due to its enormous intelligence are very likely to be manipulative and ambtious, besides being very discreet, preferring hide behind the myth of sanctity that surrounds them to stay in the power.

They are most of times the scientist and priests of the empire, besides their government leaders status. The most intelligent but least charismatic are teached for being scientist or researchers, while the ones with more charisma and talent guiding the masses, will be the nexts religious leaders. Only those who mix both qualities are selected for being part of the Sun Council.

“Our hearts lit with the flame of the Sun God. There is no place, person or thing to which we fear. We are those who will burn the infidels.”

Due their blind and furious worship to the Sun God and their terrible wrath agnaist the "infidels", they are tireless soldiers without any kind of fear of death or pain. Many of them are genetically or technologically enhanced turning them feartted super soldiers.

“The stars smiles to you.”

“What do you want from the Sun's Children?”

“You are provoking powers that you can't control...”

“The plasma will burn your body and soul.”

Retrieved from "https://spore.fandom.com/wiki/Fiction:Great_Empire_of_Sun_and_Sand?oldid=732983"
Community content is available under CC-BY-SA unless otherwise noted.