“My lord has expressed his desire in the... removal of the President from his position.”

Silencing Apollo is the name given to the incident taking place during the third year of the Great Cyrannus War where President Apollo of the United Republic of Cyrannus suddenly found himself simultaneously attacked by the forces of the Corruptus and the Mornûnendur. It would only be through the intervention of a mysterious protector that he would survive the attack. 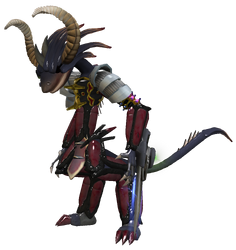 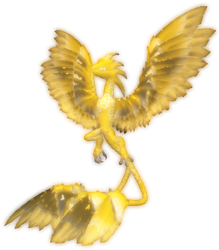 As the third year of the Great War unfolded, the inhabitants of the United Republic of Cyrannus found themselves more and more displeased with their current situation. One of the few remaining popular sects of the nation was the Presidency, occupied by the famed Libertus president Apollo, who had many reasons to worry as the war with the Confederacy of Allied Systems continued to ravage the galaxy. However, even with all the worries of a politician in front of him, he had not forgotten the attempted assassination he suffered months prior by the fiendish Basileus known as Mar-Júun. Little did the president know, the demon of the Corruptus lurked at the shadows of the Presidential Palace of Orbispira, awaiting for the opportunity to have his revenge on him.

Simultaneously, a second dark force had arrived and watched not only Apollo, but also Mar-Júun. The Dark Lord of the Mornûnendur had ordered one of his trusted acolytes, the Cyrannian Marinox warrior named Meketanor, to destabilize the Republic - and what better to do so than to destroy the greatest beacon of hope of its population? The death of the president would be most useful to his Grand Plan, and Meketanor would see it done at all costs.

Sitting at his desk, Apollo twirled in his chair so that he could face the endless city scape of Orbispira. The sun was setting over the horizon, presenting the President with a beautiful view of the city. Still, he could not help but feel uncomfortable, as if being watched somehow. Minutes of silence would pass until he could hear the sound of his doors being locked, and standing near them was none other than Mar-Júun, who grinned malevolently as he looked at Apollo.

Quickly, he grabbed his Presidential Pistol and just before he could fire, it was pulled from his hands by an unseen force. Mar-Júun brandished his vibrodaggers as he approached the president menacingly.

Mar-Júun was about to lunge at Apollo when he was suddenly struck across the back by an energy blade, causing the demonic Basileus to screech in agony and be knocked forward. Appearing in the chamber was Meketanor, who towered over both Apollo and Mar-Júun as he stared at them with his black, empty eyes. It was immediately apparent to the President that this was no ally.

Though terrified, Apollo remained in his chair.

Mar-Júun got on his feet and immediately engaged Meketanor in a furious blade combat, pushing the Marinox back against the doors, forcing them open in the process. As the two dark entities fought one another, Apollo found the exit open for him to escape. Running from the office, Apollo found himself in the Grand Foyer of the Presidential Palace, which was unusually devoid of guards. Or indeed any of his staff. Apollo muttered to himself.

Mar-Júun and Meketanor both gave chase, taking turns to run after Apollo and deliver blows to one another. The demonic Basileus attempted to unleash his tentacles at the Libertus to grasp him, only for Meketanor to sever them and kick him aside. The two entities were definitely not on the same side, which at least bought Apollo some time.

Meketanor struck Mar-Júun once again as he took the Basileus down, who got too wounded to fight back, as he turned back to Apollo and marched at his direction, his blade now drenched in the demon's blood.

Meketanor charged at Apollo, his blade in hand, as he prepared to end the President's life in one swift blow. However, the dark Marinox suddenly stopped on his tracks and screamed in apparent agony as a powerful light shined from behind Apollo, sending Meketanor to the ground, covering his eyes as if they were burning. From behind the President, a massive form appeared - it looked like a majestic phoenix with feathers made of gold who slowly descended into the Foyer, causing it to rumble slightly as it landed.

The phoenix raised a wing to the side and then sent it down at Meketanor, smacking the Marinox and sending him flying across the Foyer, crashing against a window as he pummeled down until he was no longer visible. Mar-Júun got on his feet and his eyes widened as he looked upon the entity, unsure of what to make of it, though it was clear he was intimidated.

Chaneonix raised one foot and sent it down at the stunned Mar-Júun, crushing him under his talons before wrapping them around his body, slowly crushing the Basileus. He yelled in pain as he was quickly reduced to demonic paste by the strength of the entity, whose energy burned away the Entropic Energy remaining.

Chaneonix opened his immense wings and his form erupted in flames which consumed all Apollo could see, blinding him in the process. When he regained his senses, he found himself back to his office, still watching the sunset, with no memory of the incident, and at the Foyer, the guards wondered why one of the windows was suddenly shattered to pieces. Deep within Apollo's subconscious, the words of Chaneonix remained and would remain for many years to come.

Retrieved from "https://spore.fandom.com/wiki/Fiction:Great_Cyrannus_War/Year_Three/Silencing_Apollo?oldid=771291"
Community content is available under CC-BY-SA unless otherwise noted.