Demons
Legion collaborators
fundamentalists
“The old ways were strong but we must adapt. From the foundations of our most holy order a new order will rise. No longer do we work solely in the name of the Lifefather but for all faith and ideals for peace and order. A new day dawns for us all, it is a righteous day.”

The Grand Inquisition is a monastic order dedicated to maintaining religious balance and combating supernatural threats of the Gigaquadrant. Originally born from the ancient Inquisition of Drakon the order has expanded to include numerous alien species. Operatives are commonly referred to as 'inqusiitors' and, although its roots lie in a monasterial order, the Grand Inquisition is reasonably neutral to the beliefs of its members.

The organisation known as the Grand Inquisition has over the course of several millennia gone through several radical changes. While there have been numerous groups, one of the largest iterations was the Inquisition of Drakon, formed at a time that coincided (perhaps in response to) the emergence of The Congregation. It was a previous incarnation, known as the Watcher Society that laid the groundwork for the training and development of the practices used by the Inquisition of Drakon and its successor, the Grand Inquisition.

The Watcher Society was an enigmatic group. While its successors collaborated with the government of the Draconid Imperium, the Watcher Society was only very loosely connected, mainly though agreements such as station leases and weapon purchases. Very little is known of how the society organised itself and how it ran day-to-day operations.

At some point, the threat of the Congregation alerted members of the Society into a reformation, requiring new tools into fighting off this threat. It was not just the armies that had disturbed them, but also the quasi-physical and supernatural nature of their opponents that created an immense shift in tactics, this new Inquisition relying immensely on operatives that could, under concentration, perform abnormal feats, with some operatives bordering on performing supernaturally themselves.

Records scattered throughout the Inquisition's history mention nondescript purges, both committed publicly and later swept under the rug, and within their own ranks. The nature and target of these purges however being lost to history. However, midway through the Andromeda War the order's High Inquisitor - a Draconis by the name of Arsac - consulted and agreed with Tyraz to include aliens into the order. With the recent expansion and overwhelming support from gigaquadrant powers the Inquisition became a dangerous force. Many of the order's ways were carried on from the old Inquisition and Arsac herself still serves as the supreme leader until her conversion to worshipping The Corruptus. Her betrayal led to a schism within the order after an attack on the Grand Cathedral on Alcanti.

Taking hundreds of inquisitors in the initial assault, and later thousands more using Corruptus resources, Arsac created a mirror counterpart in the form of the Black Inquisition, in doing so she had not only deprived the Grand Inquisition of her replacement, High Inquisitor Thotus, but annihilated the inner-circle, reducing the likelihood of the order striking back. With the order in disarray, the Purgatory Guard - originally intended to act as jailers vault-keepers - emerged from their sanctums and vaults to assume command under obscure Inquisition protocol, the de-jure leader now being the enigmatic Marshal Alasta.

The inquisition's task is to keep religious tolerance at an acceptable level to prevent unrest and holy wars. They have been granted by the archcleric of the Cult of Drakon to do their task by any means necessary, including force-of-arms and invoulentary interrogation. Most draconis see the inquisition as a force for good and rarely see the side other races fear. Trained from a young age, inquisitors primiarily hunt for signs of intolerant fundamentalism and zealotry - factors that could put not just the community but an entire empire at risk - and will frequently use force, sometimes going as far as execution or kill-on-sight for targets who are too dangerous or too zealous to talk down diplomatically.

The order generally asks for tolerance towards other religions and other cultures. As a result religions or practices that promote a being's development or bring a community together in a positive way are generally left alone by the inquisition. Groups that force their beliefs on others, use underhanded methods or practice anything morally wrong (glorifying death, living sacrifice, demon worship etc.) are the inquisition's primary target, often removed through a leader's execution.

Inquisitors (sometimes referred to as agents or operatives) go only by their first name; discarding their family name when joining the order. The reason for this is that it is a representation that they are severing ties to the material in order to further dedicate their lives to the responsabilities of the inquisition. Despite this tradition inquisitors will take measures to remember their family name in order to keep a grasp on where they came from and their significance as a whole - however this is rarely the case with houseless or orphans who would rather forget or don't know the family they came from. The inquisition is frought with controversy from their "end justifies the means" practices, shoot-on-sight habits to their questionable recruitment methods. However since they are as old as the Draconid Imperium (which as so far evaded serious religious unrest) there has been little reason not to trust that they know what they are doing.

Initiates are chosen from young houseless, orphans and voulenteers who are willing to sacrifice everything to keep the Imperium stable. Training takes many decades and the student studies negotiation, exopsychology, exobiology, martial practices and history. The younger years are taken up with study and conditioning while later on they practice combat with a variety of standard and exotic weapons.

As they develop they exercise and consume a specially engineered diet in order to maintain a level of peak physical position as they develop, they also meditate (a practice brought in from certain protectorates) and study the book of divine teachings intensely. The inquisition is pleased with nothing less than a supreme killer and negotiator to root out even the most subtle signs of disruption and insurrection. When a student is old enough he or she is paired with an inquisitor in order to learn from the field.

While Inquisitors are famed for their fierce combat skills, they are also skilled diplomats and infiltrators. Inquisitors often work undercover to destabilise or undermine faiths they deem unfit for social advancement and often doing so without their targets realising theri intervention.

All inquisitors have an improved level of control over elemental energy. While this mastery might not be as advanced as the mastery found in other races such as the Radeon inquisitors are still noticeably different from other memebrs of theri species. An inquisitor's mastery is generally connected with the combining of mind and body and more advanced users will have a base level of ESP. Most inquisitors generally have impoved endurance, willpower and discipline along with the ability to read a creature's aura. Contrary to popular belief, inquisitors are not telepathic - they cannot read minds or perform acts of telekenesis. They are also, essentialy, still mortal however their training makes them extremely durable. Inquisitors benefit from a larger lifespan along with a high resistance to illness and pain and formidable mental discipline.

Several months into the Andromeda War an agreement was made between High Inquisitor Arsac and Iovera IX of the Divinarium to further certain inquisitors in certain elemntal techniques. These inquisitors passed their knowledge on to the rest of the order.

Inquisitors are registered to use weapons and armour based on personal preferences. Often offered high-quality equipment the inquisition takes as much pride in the quality of its operatives' weapons as it does its quality of training. Typically inquisitors will remain discreet, performing most missions with armour and weapons concealed. Sometimes inquisitors will keep weapons and armour revealed (especially if the task requires large weapons to be used) not just for freedom of movement but also to create an imposing figure on the field of battle.

Whatever equipment they choose is marked uniquely with a hologram - a measure taken to avoid imposters taking their place. This imprint is unique to every inquisitor and the cult keeps a record of each marker held by each inquisitor. To prevent the number of unique markers running out, when an inquisitor is officially declared dead (something the order does not do unless they had absolute proof) their marker becomes available for use by another member of the order 50 years after the former's death. The specific manufacture of these holograms is kept a closely-guarded secret by the inquisition and anyone caught with this information is tried with treason.

Cutting-edge holoprojectors are used by most agents for undercover work to mask theri true identity and even pass off as another species entirely. All inquisitors are trained in their proficient use and this is one of the reasons that something like a Draconis can slip by security detectino without causing alarm.

Officialy the inquisition is not under the responsability of the imperial or any government, kept in line by the cult, and as a result they have been known to journey outside of imperial space to carry out their operations. This is primarily because:

Paranoia is another factor; the cult is forever worried that a subversive cult could build a power base in one region of the galaxy and spread chaos to the empire when it becomes so large that it can be considered unstoppable. While some races may be strongly against such interference, the outcome can often outweigh the risk.

Inquisitors are given a number of freedoms and privelages granted by their status and the Cult of Drakon to carry out their work effectively. these include:

If the inquisition finds a member is generally abusing their powers the cult has the right to suspend their inquisitor status on the spot (effectively making them regular citizens for the duration).

Originally the Draconis were the bulk of memebrsip, relying on the resources of the Imperium to achieve their goals. While all empires and cultures are obliged to support the Inquisition there are some who take this further and are considered a vital asset to the order.

The Inquisition has many targets that it assesses as a threat based on measurable strength, influence, following and difficulty to subdue. Not all targets on the priority list are for elimination. Inquisitors can also be charged to observe, hinder or arrest depending on the circumstances.

The threat level is based on information provided from numerous intelligence agencies throughout the First Gigaquadrant and threat levels are made based on the amount of threat the target poses to the universal community instead foo the order itself.

“Don't mess with our space and you'll be fine.”

- Emperor 1V407 from the Terridor Federation

“The mighty and powerful Inquisition has made a turn to benefit us all. We are happy to have Zazane within the Inquisition, and we hope this will inspire warriors for the future.”

- Tyraz Breek of the Brood of War

“I'm having much fun, seeing you crumble.”

“Screw you all, zealots!”

“Well, if they fight the Cult, they have my support. He's hopeing for good relations and Plenty of Killing enemies”

“The role of Inquisitor is not a gloried one in the Empire, but I understand the need for their existence, and am honoured to fight by their side.”

“There can only be one. Do not look down as the choirs of devastation sing of your entrapment into the exquisite machinery of torture, foolish fools.” 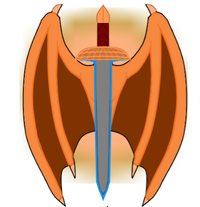