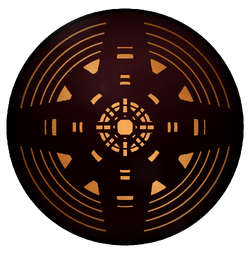 The foreign relations of the Galactic Empire of Cyrannus are characterised by the Empire's pan-Gigaquadrantic imperialist ambitions, in stark contrast to the diplomatic benevolence of the United Republic of Cyrannus as well as the Empire's foremost rival, the New Cyrannian Republic. Though the formation of the New Republic in 03 NE has been followed with a steady decline in the Empire's hegemony over the Cyrannus Galaxy, it retains a strong sphere of influence throughout the Gigaquadrant and is a respected--if feared--power to its contemporaries.

- Tyrómairon to Ramashe upon the surrender of Rambo Nation, 01 NE

The formation of the Empire in the aftermath of the Great Cyrannus War came as a shock to the Gigaquadrant, bringing with it the destruction of the United Republic of Cyrannus and the Confederacy of Allied Systems, bringing the vast majority of the Cyrannus Galaxy under the rule of a single sovereign Emperor; Tyrómairon. Though many in the Gigaquadrant offered the Empire their tentative support, others such as the Tybusen Intergalactic Allied Federation and Rambo Nation immediately declared it to be a perversion of the Cyrannus Galaxy's democratic institutions and refused to acknowledge it as the galaxy's official government.

In response, the Empire released an ultimatum that all extragalactic civilisations must immediately leave the galaxy, threatening all those who refused with annexation or destruction. Though most civilisations obliged, Rambo Nation and the Tybusen Federation refused to leave. The nascent Imperial Navy divided potentially troublesome extragalactic territories into a series of sectors, taking aim at the extragalactics within. In the following years, the Empire's citizenry would recall this period in Imperial history fondly, nostalgic for the years in which the Empire ruthlessly rooted out those who defied the Emperor's invioable will and imposed the "rule of law" in these formerly extragalactic-held systems.

The Empire would become known in the Gigaquadrant after the consolidation of its power in Cyrannus as a dreaded force of imperialist expansionism, expanding exponentially into most of the Gigaquadrant's galaxies and dealing out protectorate statuses to civilisations such as Rambo Nation as well as using subterfuge to gain vital space in troublesome galaxies, such as during the Heleanorian civil war, which brought with it hundreds of thousands of systems in the Borealis Galaxy. During this period of rapid expansionism, the Empire's spies worked tirelessly to ensure that a coalition of civilisations against Imperial interests could not be formed, breeding mistrust amongst the Empire's potential foes both within Cyrannus and beyond.

Despite this, the Empire retained favourable relations with civilisations such as the Delpha Coalition of Planets, the United Lanat Empire and Apalos, while ensuring a positive aura of growth and prosperity for the Empire's famed "protectorates", including the aforementioned Rambo Nation in addition to the Confederation of Andromeda, the Iron Bloc, the Omegon Star Empire and the Asdran'Ari. By the third year of the Empire's existence, it softened considerably under the leadership of Potentate Tereyn Aeresius, opening up formal relationships with many new civilisations throughout the Gigaquadrant.

With the rise of the New Republic, the Empire's political influence as the undisputed ruler of the Cyrannus Galaxy has lessened considerably due to the diplomatic efforts of the Republic in establishing a lasting peace in the Gigaquadrant through the resurrection of organisations such as the Universal Trading Union and the formation of new ones such as the Mou'Cyran Accords. This sky-rocketing influence of the Republic saw civilisations which had once acknowledged the supremacy of the Empire, such as the Unified Nation of Ottzello, to instead place their faith in the Republic. This growing atmosphere of tension in the years after the New Cyrandia Wars is considered by many political scientists to be the onset of a lasting Cyrannian Cold War.

Retrieved from "https://spore.fandom.com/wiki/Fiction:Galactic_Empire_of_Cyrannus/Relationships?oldid=732019"
Community content is available under CC-BY-SA unless otherwise noted.