Throughout the Galactic Empire of Cyrannus

Armed forces of the Galactic Empire of Cyrannus

Protection of the Empire and her citizens.

“You don't fight Tyrómairon's armies and win. Not unless you're smart and sneaky.”

The Imperial Army is the main ground based military force of the Galactic Empire of Cyrannus, operating alongside Intelligence and the Imperial Navy. The Army maintains garrisons across the galaxy and is infamous for its use of titanic war walkers and endless legions of intensely loyal Imperial Stormtroopers. In a variety of operations, the Army works closely with the Navy and Intelligence, with a friendly rivalry existing between the navy and the army in part due to the perception many in the army hold that the navy is controlled by the upper echelons of society. The Imperial Army's resources are infinite with its might and power being enough to project Imperial dominance throughout the Gigaquadrant.

Officers in the army often wear white uniforms, compared to the grey uniforms of the navy and the black uniforms of Imperial Intelligence. Though stormtroopers represent the most visible sign of the army on an Imperial planet, battle droids make up a large percentage of the fighting units of the Empire while Imperial walkers remain the pride and joy of the commanders that pilot them. In addition, highly advanced constructs consisting of pure light are also increasingly common in Army offenses.

The Imperial Army was formed from the conglomeration of resources brought about the union of the United Republic of Cyrannus and the Confederacy of Allied Systems at the close of the Great Cyrannus War. Ultimately however, like the Imperial Navy, the Army came to rely heavily on Republic-derived resources during the early months of the Empire's creation due to the lingering anti-Confederate feelings held by the majority of the Imperial population. The months between the Great War and the brief Imperial-Rambo War of 01 NE were used by the Army to greatly expand its ranks and included the development of deadly new vehicles and weapons.

The Invasion of Rambo Nation was the first major deployment of the Army in the history of the Empire, during which scores of Imperial troopers and vehicles were deployed against the Rambo Nation defense force. Though the Army took heavy casualties during the conflict, it was the brave determination of the Rambo that caused this and not the Army's abilities. Indeed, the Empire won the battle and forced the Rambo to sign the Nim-Glaré Concordat. Over the next three years, the Army would be deployed in campaigns at Carindes and Yudumarth, ultimately emerging victorious in both battles.

When the New Cyrandia Wars broke out, during which the Cyrannian Imperial State was formed to challenge the Empire, the Army was deployed in large numbers to the Outer Rim, where it would face against the forces of Vasuband in order to ensure Imperial dominance in Cyrannus. In addition, the creation of the Inquisition in the same year allowed the Army to hire the services of these elite agents of the Emperor. Though relations between the Inquisition and the Navy is often less than positive, the Generals of the Army tend to have a higher opinion on the Emperor's Emissaries, due to the fact that Inquisitors such as Charcar'maer often enjoy leading troops into battle against the Empire's enemies, with their elite combat skills often turning the tide of battles against the Imperial State.

The army was later deployed during the Second Great Cyrannus War against the forces of the New Cyrannian Republic, fighting tooth and nail for control over the Cyrannus Galaxy. While the Imperials outnumbered the Republic in terms of both manpower and equipment, overconfident Imperial generals had a tendency to underestimate their enemies, resulting in numerous cases of Imperial defeats in spite of initial advantages. The most egregious example of this occurred during the Battle of Harborage in 20 NE, when the Empire's line of advanced Super-Heavy Assault Walkers were destroyed during an ambush by Du'utahrovin, which proved to be a considerable embarrassment to Imperial High Command.

The armed forces of the Empire is led by Imperial Army Command on both Orbispira and Antemurale, an enigmatic organisation consisting of several of the most powerful Grand Generals in the army, who command the vast majority of ground campaigns or other operations within the purview of the Army. Though Imperial Army Command is subordinate to the overarching Imperial Command - which deals with operations from all military wings of the Empire - it remains the most common force commanding the army's actions across civilised space. Ostensibly, orders from Imperial Army Command are given directly from the Galactic Emperor, though in reality much of the organisation's direction comes from the mysterious Imperial Overseer.

The Imperial Army is split into many divisions which deal with varying aspects of army operations. In addition to the aforementioned Imperial Army Command, other divisions of the Imperial Army include the Officer Corps, the Vehicular Assault Division, Wardroid Development Devision and most infamously and ubiquitous, the stormtrooper crops which fields trillions upon trillions of highly advanced and augmented soldiers in order to maintain Imperial order and stability throughout the First Gigaquadrant's Imperial realms. Though Libertus represent the vast majority of these troopers, they are recruited from a large number of species from across the Cyrannus Galaxy. 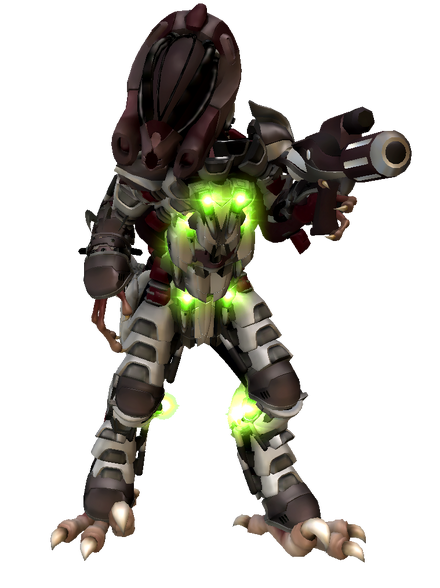 The faceless enforcers of the Empire's will, Imperial Stormtroopers are known and feared throughout the Cyrannus Galaxy and beyond for their unquestioning loyalty to the Galactic Emperor Tyrómairon and devastating lethality in combat. Though they can be found in all shapes and sizes, the most common recruits to the Stormtrooper Corps are Libertus of both genders, who undergo rigorous training and augmentation procedures. The New Republic Intelligence Service even believes that recruits under a brutal "brainwashing" to ensure their absolute loyalty to the Emperor. However, these reports have not been substantiated by Imperial authorities. 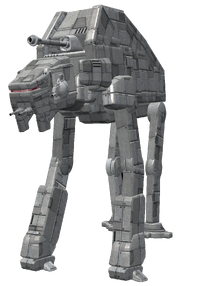 The Super-Heavy Assault Walker is the largest ground vehicle which were designed by the Empire, representing the evolution of Imperial walker design, being considerably larger than the Armoured Assault Walker. The Super-Heavy Assault Walker was first utilised by the Empire during the Battle of Harborage in 20 NE, and while they were successful in annihilating a considerable portion of the New Republic Remnant, they were destroyed by the Aldárae dragon Du'utahrovin. Nevertheless, they were subsequently deployed across the galaxy in preparation for an invasion by the resurgent New Republic. 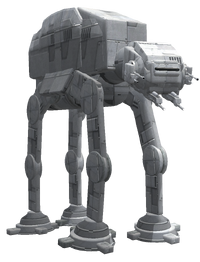 The Armoured Assault Walkers are massive walkers designed to both annihilate entire enemy battalions but also to strike psychological fear into the hearts of all those who would question the Emperor's rule. First utilised by the Empire during the invasion of Rambo Nation, the walker was also used in many of the campaigns in the early years of the Empire, during which enemy troops noted the extreme firepower and shielding of the walker while noting that its slow speed was a weakness. In the words of a Cyrandia Resistance trooper, "they're damn near invincible... though not near enough." 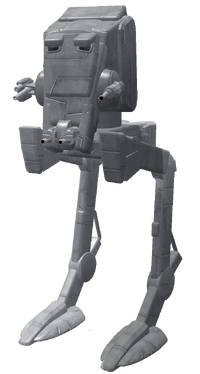 The Light Assault Walker are arguably the most common walker design utilised by the Empire for both invasion and occupation. An evolution of early United Republic of Cyrannus designs dating back to the Intergalactic War, the Light Assault Walker is primarily anti-infantry compared to the anti-vehicular nature of the Armoured Assault Walker, though it nonetheless preforms admirably during most combat situations. The first iteration of the class was found to have a key weakness during the Invasion of Nosiso in 03 NE when the native Nosisans attacked the walkers from above, gaining entry to the cockpit and overpowering the pilots within. More modern variants have rectified this design flaw.

“Even the most fearsome giants fall eventually.”

“... One of the two reasons extermination has not yet been ordered. The second would be the navy.”

“A testament of the Emperor's stubbornness. But how long will their ego shield them of destruction?”

Retrieved from "https://spore.fandom.com/wiki/Fiction:Galactic_Empire_of_Cyrannus/Imperial_Military/Army?oldid=860239"
Community content is available under CC-BY-SA unless otherwise noted.