The European Star Republic was a federal republic existing in the Milky Way Galaxy. Expanding outwards from the European continent on Earth, the Star Republic's official capital was the city of Geneva in Switzerland, though it had also expanded to several hundred colonies off world in other systems near Sol. Though mainly made up of Humans, the Star Republic was also welcoming of alien citizens, of which there was a large number in the Republic.

The European Star Republic was led by President Dianna Curie who sought to expand European culture into the cosmos by establishing more colonies in the Milky Way, and possibly even into far-off galaxies such as Cyrannus. During the War of Ages, the ESR under Curie's leadership was freely absorbed into the pan-human Allied Terran Republic.

The origins of the European Star Republic stretch back to the year 1957 when six European nations, Belgium, France, Germany, Italy, Luxemburg and the Netherlands signed the Treaty of Rome, establishing the European Economic Community. Over the next forty years, these original six were joined by several other countries including Denmark, Ireland, Spain and the United Kingdom, eventually becoming known as the European Union. As the decades progressed, so to did European integration, with the introduction of a single currency in 1999 seen as a necessary step towards full political union. By 2030, the vast majority of the European continent were members of the European Union.

Faced with increasing tensions abroad over falling supplies of fossil fuels as well as increased tensions with former allies such as the United States, the European Republic was formed in earnest in the year 2087. However, the creation of a new nation sparked outcry amoung many nationalist groups, particular in the north, with countries such as Sweden, Denmark and even the northern half of Great Britain and France ceding from the Republic. Though other areas of the Republic such as the island of Ireland became united, the European Parliament declared that the "countries" that broke away from Europe were unlawful and refused to awknowledge their sovereignty. In the face of rebel strikes in European cities such as Paris and Athens, war was declared in December 2089.

Much of Europe soon became embroiled in a bloody civil war of magnitudes unseen since the Second World War of the last century. Ultimately after ten years of destruction and distrust, both sides came to the realisation that war was destroying their continent, sparking peace talks that ultimately resulted in the independence of Northern Europe at the climax of the Treaty of Dublin in 2099. Though tensions remained with the North, the economy of Europe began to experience a boom that lasted for the next seventy years.

Due to the wealth of the European economy at the turn of the new century, increased attention was put into the European Space Agency's early efforts of interplanetary colonisation due to the failing health of Earth. After the devastating Hurricane Dianna in 2112, the Republic's government began to take steps to seriously reduce its dependence on fossil fuels, ultimately relying mostly on renewable forms of energy by 2130. While the rest of the world became embroiled in the Third World War in the mid 22nd Century, Europe was forced to become involved, aiding their American allies in various campaigns across the globe. However, by the time the war ended, the European alliance with the United States was also severed.

In 2161, the Europeans established their first colony on another world. Nova Roma became one of the globe's first colonies on Mars and within the next decades, they had begun to construct many others on worlds across the solar system. However, it was the invention of the warp drive back on Earth that surely propelled humanity (and the Europeans) into the wider heavens. The warp drive had been distributed to all spacefaring countries and allowed the Republic to evolve into the Star Republic over the next three decades with the establishment of New Europa on a planet orbiting Wolf 359. When first contact with an alien race was made, humanity began to make a name for themselves on the galactic stage.

Over the next centuries, the European Star Republic began to expand into the outer regions of the Milky Way, making contact with a wide range of civilisations such as the Delpha Coalition of Planets and the Grox Empire. In the case of the latter, the European Republic became temporarily united in the face of a Grox invasion of Earth, ultimately managing to repel the invaders thanks to their new DCP allies. By the time the 26th Century began however, humans including Europeans abandoned Earth due to a variety of events and wouldn't return until the 28th along with their former enemies in the form of the Fjord League of Northern Europe, who soon became special allies with the rest of Europe.

By the time President Dianna Curie was elected, Earth was facing many dangers including the Neanderthal threat, the ongoing wars with the Dominion of the Xhodocto and even foreboding sightings of mysterious extragalactic visitors. However, President Curie promised her people that together they would stand against all threats and overcome them. When the War of Ages reached human space, the ESR was among several human and non-human factions to join the Allied Terran Republic.

As the birthplace of western civilisation, Europe has a rich and diverse culture that is unique to the small continent and has ultimately affected much of the Earth. A host of literary, artistic and philosophic themes have emerged from the European continent and have since spread across the globe and even into space itself, these traditions and themes have led to the birth of some of Earth's most famous and loved cities such as London, Berlin and Rome, which remained key global centres until the abandonment of Earth. Some of these aspects of European culture have greatly impressed civilisations such as the Draconid Imperium and many native to Cyrannus, in many cases endearing humanity to these intergalactic giants.

The European Star Republic could be considered to be a centralized federal union between former European countries that gave up their sovereignty and political independence, but retaining a great degree of internal autonomy.

Possessing one of the greatest armadas in human space, the European Republic relied heavily on its massive space force which included some of the most massive warships in current production, assuring the European's place as a superpower within its region of space. Often, the Star Republic cooperated closely with its allies the Fjord League of Northern Europe against threats such as the ancient Neanderthals. 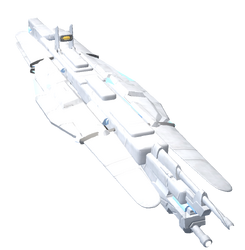 Named after the Italian mythological god of the sky, the Jove-class Destroyer is deployed to protect European interests in the darkness of space. 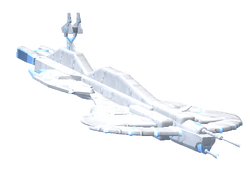 Named after the mythical goddess of Ireland, the Ériu-class Dreadnought is the pride and joy of the European Starfleet.

“We are neutral to all inter-human conflicts. We have reached an age in which they are relics of the past.”

“Expect a strongly worded letter on your desk within the next five to ten working days.”

“It seems we share much in common. I welcome them to colonise a planet or two near the Cyrannian Republic.”

“There is promise for this fledgeling power. I will watch it's development with interest.”

Retrieved from "https://spore.fandom.com/wiki/Fiction:European_Star_Republic?oldid=630410"
Community content is available under CC-BY-SA unless otherwise noted.