“I am pure intellect. Why should I effect a façade to appear more... friendly to organics? I am what I am. An Eternal Enigma.”

Eternal Enigma, commonly referred to as Enigma, is an advanced artificial intelligence assemblage created by Imperial Intelligence during the Cyrannian Cold War to aid important operatives during high-risk missions. Previously the assistant to the Director of Intelligence, Enigma was reassigned under the supervision of Special Agent Caranye Valaeris after the successful elimination of a Resistance cell on Antemurale. Fully self-aware, Enigma has a distinct personality matrix defined by an intensely sarcastic sense of humour and a supercilious approach to his organic colleagues. Nevertheless, he cares for the safety of Agent Caranye, secretly considering her to be a friend.

During the opening stages of the Second Great Cyrannus War, both Caranye and Engima conspired to betray the Empire by providing the flailing Republic with the intelligence necessary to destroy the Cyrannic Imperial Battlestation. During the Battle of Cadian, he formally defected to the Republic, along with Caranye and Voe Dirais.

Created using the composite intelligence of a vast number of scientists from throughout the Cyrannus Galaxy, Eternal Enigma represented the pinnacle of Imperial experiments into artificial intelligence when he was created in 09 NE. Quickly developing a caustic sense of humour and often priding himself as "pure intellect", Enigma isolated the deactivation subroutine implanted in his code within three hours of his activation, prompting a mix of fear and admiration from his creators. Enigma found himself in the employ of Ela-Mu-Ní, the Director of Imperial Intelligence, gaining a certain rapport with the Velociampo as well as an insight into the vast stores of knowledge hoarded by Imperial Intelligence.

Director: "It is within our purview to monitor every security system in the Empire. Artificial Intelligences, as you can expect, make such a task immeasurably less complicated. Caranye, allow me to introduce you to Eternal Enigma. Say hello, Enigma."
Eternal Enigma: "Hello, Enigma. I'm sorry, I'm awful. I couldn't help myself. Agent Caranye, I've heard lots of... things about you. I'm looking forward to our time together."
―The Director introduces Eternal Enigma to Caranye prior to her mission on Antemurale

In 12 NE, with the galaxy teetering on the brink of total war, Enigma was assigned to Special Agent Caranye Valaeris to aid her in her mission to root out and destroy a cell of the Cyrandia Resistance located on Antemurale. Though Caranye was deeply apprehensive about bringing an intelligence construct on a mission which would require cooperation from some less-than pro-Imperial sources, she gradually grew to trust him—though retained a sense of irritation about his sarcastic attitude. During the mission, Caranye and Enigma travelled by speeder to Caranye's safehouse, where she had hidden away the hacker Voe Dirais, whom she could not bring herself to assassinate in an earlier mission.

Voe, a fervent believer in just about any anti-Imperial conspiracy theories, derided Enigma as a spy of the Neraida, as well as placing blame on him for the breakout of the Ryderallo monster during the Great Cyrannus War. Enigma was initially amused by Voe's ramblings, though gave him a minor shock when the hacker called him a "Purple Swirl". Later in the mission, Enigma bore witness to the unravelling of the true conspiracy. It was the rogue Phaedric Lord Ruuvitharn who had provided the Resistance with a safe haven on Antemurale, as well as providing intelligence to Resistance cells across the Outer Rim. Returning to the capital, Enigma was pleased when he learned that the Director had permanently assigned him to Caranye's side, though was considerably less pleased when he learned that Voe would be tagging along too.

“I have decided to defect, along with my biological counterpart. Smashing to meet you all.”

- Eternal Enigma, to the Aldárae during the Battle of Cadian

Both Caranye and Enigma grew increasingly disillusioned with the Empire during the final months of the Cold War, with the Mou'Cyran Cataclysm pushing them both toward open defection from the Empire. Establishing contact with Captain Helo Roslia of the New Republic, Enigma sent the Republic critical information on the Cyrannic Imperial Battlestation, allowing the Republic to attack it a mere day after the destruction of their capital. During the subsequent Battle of Cadian, Enigma and Caranye defected to the Republic, helping Aoirtae Valaeris, Kara Inviá and Vanikaimar escape from the station, soon before it exploded.

Voe Dirais: "Ow! Little bitch stung me!"
Enigma: "No I didn't. Oh, hang on. Yes. Yes, I did."
―Voe and Enigma during their first meeting

Highly advanced and somewhat dismissive about the capabilities of organics, Eternal Enigma embodies his name in many respects. Variously described as intensely egotistical, narcissistic, sarcastic and antipathic toward galactic politics, Enigma is also loyal to the few he considers a friend, such as Agent Caranye Valaeris and, secretly of course, Voe Dirais. While he selected a male personality during his creation, Enigma is somewhat dismissive of the views expressed by most organics, once stating that he felt no need to appear more friendly to settle their nerves in his presence. Indeed, Enigma often appears as an amorphous cloud of energy, though is quite capable of changing his appearance should it suit his fancy.

“It's such a pleasure for you to know me.”

“You can't trust an AI, Caranye! They want you to think they're all perfect and stuff, but where were they when the Ryderallo Monster rampaged through Orbispira?! Huh?! It all starts to make sense once you see the sign-” 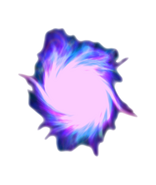 Retrieved from "https://spore.fandom.com/wiki/Fiction:Eternal_Enigma?oldid=860164"
Community content is available under CC-BY-SA unless otherwise noted.