Kharav Themek (Vida'Rra language: Malevolent Energy), most known as Nightmare Enegy, is one of the types of Essence of the omniverse. Primarily based on negative emotions, it is often described as a demonic force, with lifeforms whose souls and bodies are based on it being known as Corruptus Demons.

Its polar counterpart is the Dream Energy.

The first entity known to have Nightmare Energy is the Xhodocto Eye Diafthora, making it presumably the progenitor of the Essence as a whole. Use of the essence in the Onuris Universe began in the birth of the Shu'olerthae species eleven billion years ago when Diafthora's host, Shu'rimrodir, used the powers of the Nightmare to create billions upon billions of Nightmarish energy-based lifeforms (which would become known as Corruptus Demons in the modern day) and swarmed the early universe in the event known as the War of Black Fog.

The use of the Nightmare remained restricted to the Corruptus and as such, following their defeat at the hands of the Vida'Rra, no use of Nightmare Energy was recorded in the Onuris Universe for the next 9 billion years. However, with Shu'rimrodir being imprisoned in the Realm of Dreams, the powers of the Nightmare Energy began corrupting the dreams and the subconscious of all mortals across existence, leading to the birth of the demon-fueled nightmares.

Even after the defeat of Shu'rimrodir nine billion years later in the Second War of Black Fog, the Realm of Dreams was permanently scarred and as such, demon-fueled nightmares became a noted occurrence across the omniverse. Use of nightmare energy by mortals began with the creation of the Devourer's Chosen and later the Dominion of the Xhodocto.

Nightmare Energy typically takes the form of dark purple flame or mist (giving it the moniker of Black Fog, a name heavily associated with the Corruptus). The Essence stems directly from Shu'rimrodir, and as such the mighty God of Nightmares is fully conscious of every single practitioner of it, even those who would oppose him. Among the types of Essence, Nightmare is considered a type of Chaotic energy, with Dream Energy serving as its direct counterpart; the two Essences cannot coexist without divine intervention, and will normally destroy each other violently if they collide.

Nightmare Energy cannot be obtained from simple Essence training; a being already possessing it must "infect" the other individual with the Nightmare through physical or psychic corruption. The Essence is well known for its devastating and destructive potential, with many worlds and civilizations owing their destruction to it. Descension through Nightmare Energy turns mortals into monstrous equivalents of themselves, with them being able to go a step further by harnessing enough energy to sustain a Null State, a transformation which unleashes the full might of the user at the cost of temporarily turning them into a hulking and nightmarish abomination.

The mere presence of Nightmare Energy is known to cause demonic-induced nightmares on even those who do not practice it, the fact from which the Essence owes its common name. The essence has also been seen rising corpses back to life as undead creatures, generally with only a trace of their former personalities left and completely enslaved to the Corruptus' will.

Essences which stem from positive (or at least non-destructive) emotions and concepts, such as Dream, Psionic or Chronoscopic energy, are the most useful weapons against Nightmare essence. In contrast, creatures who wield this essence are largely impervious to the likes of Demonic or Dark Chronoscopic energies. Nightmare essence has a similar relationship with the Valin'uvalyë; the Light is a powerful weapon against demons, and the Darkness, while capable of combating it, is nowhere as effective. 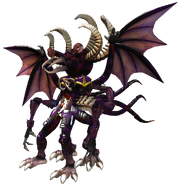 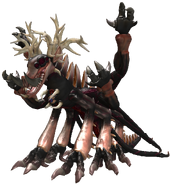 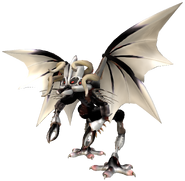 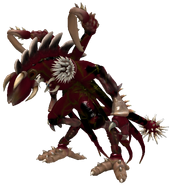 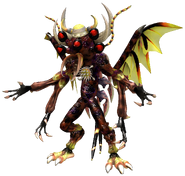 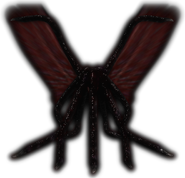