“Dreams are very mundane things which can easily be explained by science. However, there is a second half of them we know little of. Elsewhere, beings watch over us when we sleep. Wisps and even gods manipulate our consciousness to give us comfort and pleasant dreams. For what reason? No one knows. But what we know is that they use this... power to do so.”

Thoi Themek (Vida'Rra language: Dream Energy) is a rare and extremely dangerous Essence originated from the dreams and positive emotions of mortals. Despite its positive powers, it is just as destructive as its polar opposite, the Nightmare Energy, if not more.

It is not known when or how Dream Energy came into being, but it is speculated that it is as old as reality itself. Use of this energy in ancient times was at first restricted to the inhabitants of the Realm of the Dreams, though it would arrive to the Onuris Universe following the rise of the Vida'Rra and their creations, the Vida'Rranlora. Through the use of Dream Energy, the Vida'Rra were the greatest civilization of their time, though they eventually fell due to the Corruptus. Following the destruction of the Vida'Rra civilization, "destined" beings began being chosen by the patron god Sonhadromerith to fulfill certain objectives with the help of Dream Energy. Nothing is known about the destined of the past.

In the most recent millenia, destined beings became more influent in galactic affairs. Beings such as Macin Xermilin and Hachiman would become vital to the survival of entire empires or entire galaxies, though Dream Energy in itself remained an enigma.

The Avatar Strain is the name given to the Dream Energy used by the patron god of the essence. This is by far the most powerful strain of energy and allows the user to use all powers at their full capacity with no drawbacks whatsoever. Beings of this strain never run out of energy and are all considered godlike. The only being with this power is Sonhadromerith, though the fabled Vida'Rra Rhigeo Fuerq is said to have possessed power like this in his apex.

The Ascended Strain is the name given to the Dream Energy used by individuals who have undergone Ascension through Dream Energy. Overall the least powerful Strain, it gives the user very high chances of backfire due to power overload, but unlike Nightmare Energy, does not grant insanity unless in very extreme cases. Users of this Strai require overall much more training or may suffer from self-annihilation. Ascended Strain individuals can ascend more individuals by using their powers or by having offspring. The only known examples of this Strain are Atiemus and his future counterpart.

The Birth Strain is a specific strain granted to individuals who are either born ascended from Ascended Strain parents or are outright Dream Energy lifeforms. The amount of power of this Strain is variable according to the individual's species and traits, though it has the unique trait of never backfiring. Examples of this Strain include all Thoi'olerthae and Thea'Nhirara.

One of the most apparent abilities of the Dream Energy is of intensily increasing the physical strength, endurance, regeneration and appearence of its users. Dream Energy beings often became blue, white and golden in colouration, and often develop an angelic physique around their bodies, as well as tentacles on their backs. An Asnceded Strain human would have around 13x the physical prowness of an average one, though this varies from species to species.

Populary known as "blasts", the Dream Light Bolt is a projectile created by harnessing Dream Energy and launching it at an enemy by thrusting a part of the user's body forward. The Light Bolt takes the form of a snowly-white golden lightning blast, and its power can range from being rather small explosions to a large enough blast to level an entire city into the ground. Users can launch Bolts from their hands (palm and fingers), feet, tails, eyes, mouth or tentacles.

A rather uncommon power present mostly in more powerful users, Dream Energy beings have some degree of teketinetic powers. Users can use it to immobilize enemies and forcefully push them back telekinetically, causing substantial knockback. The power can also be used to allow the user to float and fly without the aid of wings, and to cause objects to levitate on their command.

All Strains of Dream Energy beings possess biological immortality, meaning they cannot die of old age. However, they may still be killed by external sources such as being damaged beyond repair or through the user of essences which damper or overpower Dream Energy.

Arcanisation involves powering an external object with Dream Energy. This often involves fueling melee or ranged weapons with Entropy to further enhance their damage and speed potential. Dream Energy can also be used in machinery to make them run at a more efficient rate. Dream Energy may even be used to replace missing components, depending of their nature. Dream Energy overal uses arcanisation much more often than Nightmare Energy.

Catharsis, also known as Radiant State, is a state of being achieved by allowing all unlocked Dream Energy potential to pump through the body of the user without restrictions in a process known as Trisagion, shattering reality around the individual in the process. Once the Trisagion is complete, the user is turned into an angelic version of themselves and all of their powers are massively increased. The Radiant State is not permanent and wears off whenever the individual runs out of energy or is killed in combat. This power is only available for Destined and Ascended Strains, as the Avatar and Birth Strains are considered to already be in their Radiant States at all times.

A power only present in Radiant State beings, the "Aura of Radiance" is the Dream Energy counterpart of the Nightmare Energy's Corruption. The user emits a heavenly aura which destroys demonic essences via its sheer presence and causes corrupted beings to revert back to normal. This Aura renders the user nearly impervious to Nightmare Energy, unless in very large quantities.

“Burning fire of dreams. You are an obstacle in my path.”

“It was an essence well tested in history. However, its power is diminished because of so much pain in this universe. It is at this point that placing trust in mortals becomes less reliable.”

“This stuff is, like, white and all over my hands when I fight. I even remember getting completely covered in this white stuff after I killed this rat woman.” 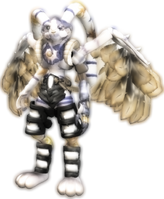 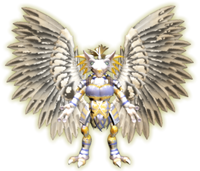