Eola'Nar rarely appear themselves on battlefield or mortal world at all, for their numbers are few and while they can't really die, they can be weakened by combat. So, Spodelings only appear when something is really serious, sending their minions instead. 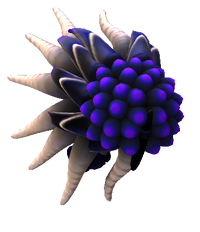 Nar'Diola (Eola'Nar: Spawns of balance) are psychic creatures spawned by mind of Eola'Nar. One can spawn thousands and even millions, and share their consciousness, seeing what everyone of them sees. They are generally used as eyes and ears of Manifest, but if required, they are turned into a cannon fodder for combat. Each one of them is rather weak and small, with size of human head, but they are capable at throwing powerful sparks of energy at enemies. They attack in huge numbers and so are dangerous; they also can explode with elemental energy burning the mind of their enemies.

Nar'Diola are tied to the mind of Eola'Nar who created them; by weakening their creator, you may destroy them. They lack any independent thought and are controlled directly by their creator. However, when time comes, Nar'Diola may transform into a different creature. 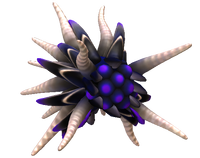 Nar'Vilao (Eola'Nar: Minions of balance), also known as Mind Daemons are stronger psychic creatures, transformed from Nar'Diola if they survive for one Spodeling cycle. They are the second stage of Eola'Nar's minion's growth. During this stage, Nar'Vilao gains self-consciousness and an intelligence of its own; due to that, they achieve a new form and can act for themselves. They are still tied with the Eola'Nar who created them; harming the creator harm its Nar'Vilao as well (though they will probably survive even if their master will fall). Nar'Vilao's self-consciousness allows them to share Eola'Nar's elemental powers; they can manipulate matter via telekinesis and invade their enemies' thoughts.

Nar'Vilao can also levitate, move through time and attack with psychic lightning like Nar'Diola. Eola'Nar use them as an elite army and for discovery. 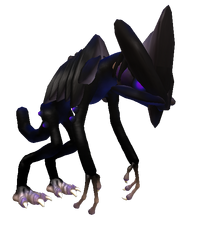 Nar'Aelanar (Eola'Nar: Servants of balance), also known as Spodeling Sergeants are the pinnacle of psychic creatures' growth, who have survived for ten Spodeling cycles (which is one hundred of years). Nar'Aelanar have incredible intelligence (yet they are still not as intelligent as Eola'Nar) and almost complete independence from their masters. Each Nar'Aelanar has awe-inspiring powers rivalling Eola'Nar; they can warp reality easily and reverse time. The most ancient Nar'Aelanar will eventually become the Spodeling Lieutenants, ones that can even summon Nar'Diola for themselves. Eola'Nar use them for commanding major expeditions and missions.