“As the father is obligated to govern his children, China is obligated to watch over and guide the many children nations and peoples it has spawned through history. Thusly we proclaim the reunification of father and children; China and the entirety of East Asia.”

The East Asian Coalition, usually shortened to the EAC or sometimes informally referred to as China or East Asia, is an interstellar socialist republic that inhabits the Milky Way Galaxy. Composed of the 21st-century nations of China, North Korea, South Korea, Vietnam, Cambodia, Thailand, Laos, Myanmar, and Taiwan, the EAC considers itself a union of the East Asian cultures that were heavily influenced by Chinese culture throughout their history. The EAC is built primarily on "traditional Chinese values", which consists of a mix of older Neo-Confucianism and modern Chinese communism.

The EAC was founded in the beginning of World War III, when the new Chinese president Chao Bai began a campaign to reunite the Chinese-influenced cultures of East Asia under a single Chinese government. Taking advantage of the chaos brought on by the beginning of WWIII as well as a West in disarray in the aftermath of the European Civil War and Fossil Fuel Crisis, China succeeded in conquering almost every nation in East Asia and Southeast Asia, eventually being halted in their attempts to attack Japan and the Philippines. Although the tide of WWIII eventually turned against China's new empire, leading to nukes being dropped in the Manchuria region, and Myanmar being lost to the URSA , the newly-established EAC would remain intact at the end of the war. This was due to unexpected assistance from the Oriental Pact Organization, which pledged to protect the EAC's sovereignty in exchange for political favors.

The deal with the OPO made the EAC essentially a Japanese puppet state for a long period of time. However, during this time, Japanese aid greatly expedited EAC recovery from the war, especially in the now-irradiated Manchuria, and the EAC's recovery rate allowed it to finally catch up to their rival POTATO, whose post-war economy had lagged. The history of the OPO and EAC became largely intertwined during the Human Colonial Era, with the OPO and EAC heavily collaborating in colonization efforts and in colonial defense, especially during the Human Colonial Wars. After the Wars, a separatist insurrection developed in the OPO-EAC demanding that the EAC be granted independence, which was eventually negotiated after the insurrection was pacified. The EAC emerged from the shadow of the OPO as a fairly influential colonial power in its own right. Today, the EAC is still a significant human power and retains very close relations with Japan.

Many of the nations of the future EAC were enjoying higher standards of living than ever before in their histories. The economies of China, South Korea, and Taiwan in particular were thriving and China was often considered a nascent superpower counterpart to the United States after the collapse of the Soviet Union. However, also during this time, East Asia was increasingly becoming a powder keg, with rising tensions rooted in many of the long-held cultural rivalries of the region. Korean-Japanese relations remained exceptionally frosty, and in some ways grew colder as South Korea's economy was beginning to rival that of its neighbors. China began to exert some of its military power in the region and made invasive territorial claims against other Asian nations, especially against Taiwan and nations along the South China Sea. China's aggression provoked response from the United States, which began focusing diplomatic efforts on containing Chinese hegemonic power as much as possible, furthering tensions.

The Fossil Fuel Crisis destroyed most of the remaining diplomatic ties between the major East Asian powers as coal-hungry China became desperate for energy sources for their industry, while East Asian nations that had largely converted to green energy, such as South Korea, Japan, and Taiwan, struggled to stay neutral in the global crisis while trying their best to stay out of the way of an increasingly hostile China. The crisis also forced the United States to withdraw most of its military from the region, leaving many of the democratic East Asian nations without strong protection against China and putting pressure on Japan to try and fill the vacuum left by the US. Japan attempted to hold East Asia together for a few years with little success, largely due to the inability of Japan and South Korea, the region's two largest capitalist economies, to cooperate. Eventually, the collapse of Japan, France, and Europe into civil war led to a total collapse of order in East Asia as PMCs flooded into East Asia to take advantage of the instability. By the time Japan was reunified in 2078, the major Asian nations were still dealing with PMC insurrection.

Eventually, China was able to crush the uprisings by 2090 and surprisingly emerged from the crisis without a completely ruptured economy (most historians believe that China was able to convert enough of its industry to green energy using technology stolen from Japan by Chinese PMCs) and quickly got to work on rebuilding its infrastructure and military. South Korea and Taiwan were devastated by the conflict, having fewer resources on hand for reconstruction, and were still not rebuilt to pre-Crisis standards by the end of the 21st century. Southeast Asia fell prey to the PMC wars and many borders were redrawn; however, the PMC borders would never be internationally recognized.

East Asia entered the 22nd century still licking wounds from the Fossil Fuel Crisis. While China had largely recovered from the Crisis with its revolutions in green energy development, South Korea and Taiwan were still in shambles, and Southeast Asia was suffocated under the PMC rule. The Oriental Pact Organization, which emerged from the ashes of the Japanese civil war, became largely disconnected from the rest of East Asia politically and economically. Frustration over the sluggish recovery and fears of foreign invasions led to a massive wave of nationalism to sweep across East Asia, primarily in China, South Korea, Taiwan, and Vietnam. Militarization increased and soon many of the East Asian powers were at each others' necks again. In China, the nationalist sentiment materialized in the Pan-Asia Movement, whose stated goal was to "bring honor back to East Asia" by reuniting it underneath its "parent nation", China. 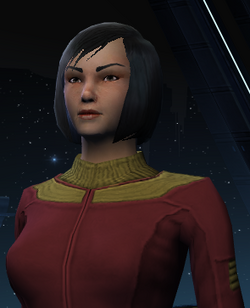 “East Asia is eternal. Even the tides of history are powerless against her. She has seen the rise and fall of every civilization in all of human history, yet here she still stands. She may not always be at the top. But she will always be there to bear witness to all of existence.”


Zhen Liu is currently by far East Asia's most prominent child, being a highly accomplished and well-respected diplomat and politician both within the Coalition and among humanity as a whole. She currently serves as the Chairwoman of the Orion League, the pinnacle of a career that has had many successes and a handful of setbacks.

Originally aiming to work her way up the ladder of the Coalition's ruling Pan-Asia Party and eventually join the Politburo Standing Committee or even become President of East Asia, she gained a reputation in East Asia for her powerful and effective rhetoric, making her popular in her native Huiguang and the surrounding province. She showed talent for foreign diplomacy, though did not fully capitalize on this skill until her political aspirations were crushed when she ran a failed campaign to join the Standing Committee. She became a diplomat instead and gained international recognition for her efforts to reconcile East Asia with Western nations that had grown wary of it over the past centuries. This culminated in her successful campaign for Orion League Chairwoman in 2798.

“Like brothers, we will surely be at your side.”

“The ancestors tolerate you.”

“We will discipline any unruly children.”

“Your very existence dishonors us.”

Retrieved from "https://spore.fandom.com/wiki/Fiction:East_Asian_Coalition?oldid=813593"
Community content is available under CC-BY-SA unless otherwise noted.