A Form of Monarchy

The Duthidanian Empire is a dictatorship. While the races of the Duthidanian Empire are fairly old, they are not as advanced as some of the younger races. This is due to their unusual technology leaps. They will develop lots of new technology at once and then not develop anything new for a while. To get around the slow pace of their own learning, they scavenge technology off space wrecakge. They eventually developed a steady pace of development, but still supplement their technology with scavenged parts. The Duthidanian Empire is notable as a founding member of the Galactic Protection Agency, lending their numerous intelligence agencies to the cause, and form the strategic and tactical core of that alliance.

As of the year 550 AE, the Duthidanians have been under the control of a dictatorship known as the Darkis Empire, which rose to power by conquering nearby tribes and forcibly puling them into their Empire. They rose up however, and in the following guerilla war, the Darkis Empire collapsed completely, leading to it's destruction. In their place, the now-free Duthidania rose. However the war had ruined much of the available technology, forcing the Duthidania to scavenge for materials.

In 830 AE they developed space travel with the help of the D'ajhiirian, and founded the Galactic Protector Agency together with the D'ajhiirian Empire, who remamed themselves the Ministrel Enclave. The next year, they started the blueprints for a Dyson Shell. In the ages which followed, the Duthadinians oversaw the integration of the Cathonian Collective and the Skarling Allied Systems into the GPA. They also fought several wars during the perios, most notably against the Krill Swarm and the early Zarbania Powers. In 2787 AE, the Duthidanian Empire met with the Hegemony and the Drodo Empire, which were beginning a rivalry with one another. The Duthadinians leaned more towards the Drodo in these early meetings, but took care not to anatagonise the Hegemony.

The Drodo-Hegemony rivarly would be exploited by the Drakodominatus Tyranny in 1789 AE, and escalated into a full-blown war. In the months leading up to the war, the Duthadinians began to allign themselves more and more with the Drodo, even going so far as to prepare a declaration of support of them when they learned of the war. While they held no animosity towards the Hegemony, the Duthidanians still saw the Drodo as the greater good at the time. This would change, however, as the Waptoria Alliance of Species, the Unified Federation of Glory, the Grand Republic of Tyris Major and the United Knights Alliance, all members of the Enlightenment Collaborative, declared for the Drodo. This tipped the scales massively against the Hegemony, which was something the Drakodominatus Tyranny could not yet afford at the time. They thus fabricated evidence that the Collaborative was planning to assemble and use a deadly superweapon known as the Spear of the Apocalypse to massacre their enemies wholesale, and send this information to the GPA. That the Drodo were willing to ally themselves with such people shamed them in the eyes of the Duthidanians, who thus allied themselves with the Hegemony to stop what they saw as an impeding xenocide. Of course, the Duthidanians were unaware that this information was false, and set out to prevent the Federation of Glory and Grand Republic from reaching the Milky Way. The Waptoria were already there, while the United Knights Alliance slipped trough the blockade the Galactic Protection Agency erected to attack the Khilai Empire. The Duthidanians would harass the Federation of Glory in particular to great effect, though would later lift their blockade after the Hegemony was made aware about the Tyranny's deception by their Aeoneonatrix allies. Taking the offensive to the Tyranny, joint command from the Drodo and the Hegemony put the Glactic Protection Agency in a battlegroup with the Enlightenment Collaborative, gaining unexpected aid from the Troodontid Empire along the way. They penetrated the deepest of all battlegroups into Drakodominatus territory in the Katar Sector, and in fact overextended themselves. This would have made them easy pickings for the Drakodominatus reinforcements, which were luckily called off after their main AI malfunctioned and the Tyranny experienced a massive slave revolt. Assessing the situation, the Galactic Protection Agency conveyed with the Enlightenment Collaborative, and came to the agreement to withdraw their fleets back to their home regions, while the Troodontids mysteriously vanished though a generated wormhole.

Both alliances would part ways and becus on freeing the Tyranny's slaves closest to home, a mission to which the GPA dedicated just about every resource at hand. As with other GPA member states, the Duthidanians were, as such, struck hard when the Drakodominatus counterattack finally arrived, and would have no futher involvement in the Great Tyranny War until the Mirus Campaign, where they fought alongside the Hegemony, Khilai and Enlightenment Collaborative once more. The Duthidanians would with their allies take part in the Battle of Demogorgon Prime, which saw the end of the Tyranny. Duthidania would gain various small salvage from the war, boosting their technology, but unexpectely also the greatest of strategic and tactical Tyranny AIs. This saw them improve their naval capacity greatly, though the Galactic Protection Agency voted to focus on more neglected local matters for a time after the war.

The Duthadinia possess 14 outlying systems, their homeworld of Duthidania not included. Listed, these are as follows:

Imperial Soldiers: The Imperial army is ranked according to number of confirmed kills, therefore the higher ranking warriors are the more effective. In order, from lowest to highest, the ranks are:

There is also a unique special operations group known as the 'Hell's Angels,' who are selected on different grounds. The recruitment course has a general survival rate of around 52%.

Rebel Tribals: The Tribal forces are ranked according to length of service and proficiency in battle. From lowest to highest, the order is:

The special forces equivalent of the Tribal forces are called 'Jaegers,' and similarly have their own recruitment methods.

The Empire's leader holds their position until death, at which time a nominated successor takes over. The current leader of the Empire is Lord Bishop the Strong , who controls his empire through loyalty, controling territory with peace and justice.

The Duthidanians currently use technology typical of space faring tech, such as guns, canons, lasers and plasma. They also have access to basic matala rifles, which are produced using salvaged technology from crashed cargo ships. The quality and materials used in manufacturing vary depending on the area in which the Duthidanians in question live.

Those living in desert regions have easy access to metals, and so their equipment is largely metallic-based. In contrast, the jungle peoples have much more wood, while still importing metal from the desert, which they trade for gemstones fancied as ornaments by the richer desert dwellers. They also have a preference for arrows and blow-darts as ranged attacks. The plains people mostly rely on stone tools, however they also have access to a pre-fabricated factory from which they can produce laser rifles. For this they require rare natural crystals found in the forest, and metals from the desert.

Duthinanians hailing from different regions of Duthinanea are differently colored. Since the unification of the Duthadinian people, Duthadinians from each region tend to specialise in one or more specific professions.

Hello there, anything you desire?

What do you need us for?

Surely you have anything of intrest out there...

Watch your backs, lest you may find some of your tech missing...

We will eredicate you, bit by bit, and scavenge your technology when we are done. 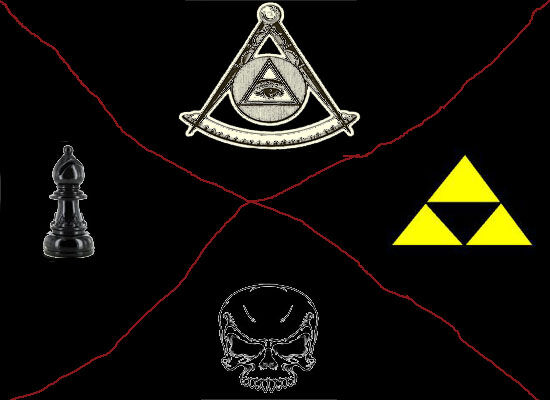