"I care for life and the Draconis"

Lifefather, creator of the Draconis, lord of paradise

True neutral
Andrin-draco (Also Drakon; Original deriviation Orothli'Kuntus. Faroulan Dracid:World's Father) is a member of the Oikoumene and the mythylogical patron god of the Draconis. For over 300,000 years he has been the focus of the Cult of Drakon and his 'teachings' (Written down in a tome called the book of divine teachings) formed the foundation of modern draconid culture and belief. He is seen as their creator as well as being a scientist of the Oikoumene. Specialising particularly in societal development.

During the Apotheosis era, Andrin took a neutral stance on the nature of Tyrómairon's campaign. Not siding with Tyrómairon and in fact becoming dissapointed as the Oikoumene warlord used brute force to quell the countless uprisings and not siding with the Primercer, doubting the idea that in this era of change their people did not have to. He questioned the natures of both sidea, eventually deciding to keep far away from the conflicts themselves.

Writings state that Drakon emerged in the early universe however these writings are vague. The earliest sources of his name come from a tribe near modern-day Dagonris. originally the concept was that he was a father of nature and was honoured by the tribesmen.

The origin of the name 'Drakon' originated roughly 310,000 years ago however it is uncertain where. Some believe it was because he was named after Lake Drak while others believe that the name was in hnoour of Minos'Drakon, the capital of the emergant Vormothan Empire. It is stated that the Faroulan scholar Orlonis Voltus met Drakon in Draconis form - posing as an old man - along the shores of Lake Drak. Originally the scholar referred to him by his Faroulan name of of Orothli'Kuntus. but over time many associated him with the lake.

It is believed that he had hand-crafted the Draconis in a workshop within his divine realm. He taught them later (and reminded through Orlonis) to be refined and cultured and to respect what he had made.

Andrin-draco is one of the Oikoumene, a mysterious race of ultraterrestrials from the Cyrannus Galaxy. Andrin himself was a scientist with a particular interest in the development of alien cultures. During the Apotheosis era he was known to be distant, preferring to observe developing trends and categorise them with mathemmatical rigidity. During his life he grew fond of the fellow Oikoumene Angolmois, seeing her as a scientfic equal. It broke his heart however when she was driven to corruption from watching the Memfian Imperium collapse, knowing how much the Rades meant to her.

Aldrin was in Cyrannus' outer rim when news spread that Tyrómaironás, a general he had admired and respected as a warrior, had taken a path of subduing numerous rebellions. For Aldrin however, news of these rebellions came to be understood by him as a sign. While the Primercer and Tyrómaironás treated the rebellions as a defiance to the unquestioning will of the Oikoumene, Aldrin-draco began believing these rebellions were another social trend. That the Oikoumene themselves were growing out of touch with the species they swore to protect. He grew disgusted learning that Tyrómaironás had decided to end the rebellions with force-of-arms - a policy he himself coonsidered a primitive way to end unrest.

In c.347,000 BC he was part of an expedition to observe and potentially uplift species in Andromeda. When the expedition arrived on Alcanti he took notice of the nature of the native Draconis and observed the tribes in the northern continent. By this time the Draconis were already building primitive settlements in several areas however the clans frequently warred with each other. After a century of study there were few signs these clans were improving and after discussing it with his companions Anduin decided that the Drconis needed help and he observed a scholar by the name of Orlonis Voltus on the shores of lake Drak.

Believing that by enlightening the Draconis he could end the conflicts and unify the species he approached the scholar, posing as an old man and informing him of the creative potential the Draconis had. Orlonis was in awe and asked to know more. Over the next few days Andrin encouraged and helped him to write about the potential he spoke of. This cooperation peaked his interest in a way few other species had and after days of writing he later watched as the elder spread the news across the continent. While he initially didn't approve that a cult was set up to honour his words, over time he grew to realise that his teachings had given the Draconis' lives meaning and slowly accepted what they had created. His teachings were eventually merged with the original Faroulan-region diety. Over the next several millenia he would frequently return to see what they had accomplished and observed in secret.

As an Oikoumene member he can take whatever form he wishes. Among the draconis he appears as a winged hummanoid reptile that would typically stand 3-4m tall. His scales shimmer in a bright amber and unlike the Draconis he appears with two pairs of horns on his head. because this is the form he had grown used to during his stay on Alcanti he takes this form for those who know of him from them but will also take the form of a Capricornian when the need or obligation arises.

Aside from his mysterious nature common in many ultraterrestrial species, the primary trait of him is that he is deeply caring of all life, believing that any lifefor mdeserves equal chance to prosper. and is highly analytical in his projects. Preferring to cross-check and analyse information as he works.

While like his kin he believes himself to be of a higher existence than the lieforms he often studies, Unlike other Oikoumene he has grown to accept that such superiority would not be eternal. After spending millions of years watching lesser civilizations rise and fall. In coming to realise even the greatest of interdimensional powers are at risk of this cycle. With the years and studies slowly confirming it, he now firmly believes in the eventual rise of a power that will replace the present Oikoumene. Given the nature of his peoples' way of thinking he has kept such knowledge to himself for the most part. His projects potentially driven by this idea of his.

Writings state that, as a creator, Drakon has dominion over life. Due to his caring nature he will rarely, if ever, engage in complete control and so limits himself to influencing life. This influencing includes subconscious suggestion and control over bodily functions and he is even capable of separating soul and body. His voice is believed to have a calming effect on any who hear it. As encounted by Uriel Ultanos he has the ability to enter and influence the minds of others (in Uriel's case a dream).

Inherent for his kind Drakon has the ability to warp reality. This power can be used to cause all manner of natural disasters along with elemental abilities such as telekenesis. But at the same time he can use this power to off-put the aformentioned events. Being an ultraterrestrial Drakon has the power to change his size and shape at will, having no true form that any lesser being can fully comprehend.

“I see potential. I admire potential, it's so fascinating to document.”

“My mind is open to you, yet it is also clouded to gather an opinion.”

“Very few dissapoint me. Somehow you have.” 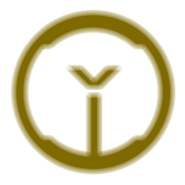 Feel Free to add your own

“He is weak and easily defeatable. Period.”

“He'll die along with the rest of the Tribe!”