Known for their medical technology

Ruled by an Emperor

Emperor Dragonar I The mighty

a mix of ecologist and warrior

The Dragonian Empire is a peaceful Empire and go around the galaxy terraforming and putting species.They are a tier 4 empire with some basic technology like:plasma and photon weaponry,some terraforming tools and so on.The Dragonian society and culture is warrior like and each dragonian hold their honor important but they are not warlike.The Dragonians are led by an Emperor.They are peaceful race who strive to make desolate worlds green.

Despite the technology of the Dragonians compared to others they are very weak and so far they haven't discovered any significant empires.They prefer on staying in the their arm until they fortify it before starting to explore the other arm.most of the Empires they have discovered in their arm are still small only occupying a system or two

The Dragonian Empire was formed after many hardships.before the Dragonian empire was formed they were always in civil war.The Dragonians before always fought even after the space age their systems were divided.That war was caused by several houses who tried to claim powers over the Emperor it was a chaotic time some houses worked together some back-stabbed each other it was hard to trust anyone in those times.It was until the emperor was assassinated that his successor Dragonar rose in his place.He quickly rallied the forces loyal to the Emperor and quickly defeated the renegade houses and the Empire was finally united.it was also when he received the title: the mighty after that the Dragonians realized that if they were to continue their current ways they would destroy themselves eventually.

The Dragonians soon decided that the worlds they desolated were to be repaired to its former glory and went to terraform the desolated worlds back to its natural condition.They also strive to teach races not to follow the mistakes they made and many decided to instead shift some of the research for weapons to medical and scientific technologies though they are careful not to fall behind.

The Dragonians soon hated biological weapons as they deemed it dishonorable,cowardly and unethical but they could not prevent other empires from using it so they keep researching on them to make sure they have a proper vaccine in the event they are to be hit with it.The dragonians with their shattered empire was finally recovering helping fledgling empires and moving onward.

The Dragonians accepted a trade Proposal from the UNO.Joined the civilization.sent trade proposals to the kraw,tahar and the terridorians and non agression pacts with some of them,also proposed non-agression pacts to several empires.Recently the Dragonians slowly evolved into more a humanoid form.It is unknown what caused this sudden evolution with each new generation they were slowly evolving.during the second annihilation the dragonian star empire mysteriously disappeared or was in isolation none can say but recently they have reemerged into the galactic community to see most of it destroyed by the xhodocto.

The Dragonians has decided that they needed to expand in order to survive and with that they decided to execute Project E2.The Dragonians Decided because of the Raid on a Dragonian Colony they have installed a kinetic Impactor to each of the outer colonies and a pair to the inner.It is a costly Project but it will be worth it since the outer colonies won't be easy targets anymore

The Dragonians are cold-blooded winged creatures "similar" to Earth's Dragons.A Dragonian is capable of running 3x faster than a human and with the use of wings even faster.They are also quite strong they can easily smash objects and combinedwith their speed made them their planets dominant race.Recently the dragonians have evolved into a more humanoid stature.It seems that the quadruped wasn't their final evolution.As their new generations are slowly very slowly becoming humanoid-like creatures until this though some of the original dragonians are uneasy about it they view it as their next stage and the continuation of their legacy.

Dragonians are capable of flying using their wings and can run fast they lack hands but they remedy it by using their two front legs as arms but dragonians cannot stay in the position and need support to do it.though dragonians recently evolved arms and hands which permanently solved their hand problem.

The Dragonians are well known for their Cloaking technology,ion cannons,plasma cannons and missiles,laser beams,Photons torpedos as their combat technology they also have access to Planet busters though they use it as a last resort.They also are developing nanobots,Researching on Superlasers and are constantly upgrading technology to match and even better surpass others.The Dragonians has just newly developed the Kinetic Impactor a huge Planetary defense cannon design to destroy huge invasion ships while the colony's turrets finish off the smaller and maneuverable ships.The Kinetic Impactor works by shooting a highly piercing Slug at the speed of light or near the speed of light to enemy ships the resulting impact will either pierce the ships part carrying it to lightspeed and when it slows down below it goes through or carries the whole ship into lightspeed and pierce when it slows down it is unknown at the time since its untested.

The Dragonian peaceful technology are their large scale terraforming technology which they can use to turn barren planets into T3 class planets in weeks.They are proud of this technology and would openly share it with other species. Dragonians also have Warp Drives.The Dragonians are also famous for their medical technology which they also openly share especially with worlds suffering from rampant diseases.They are currently researching on ways to improve the warp engine and improving their terraforming technology and medical technology.The dragonians are enthralled by interdimensional and interuniverse travel and are investing resources to study it.

The Dragonian Harness their power from the planets core and by using dyson swarms to gather energy from stars other than that they are researching on ways to improve it.They are recently learning to use dark matter as a power source 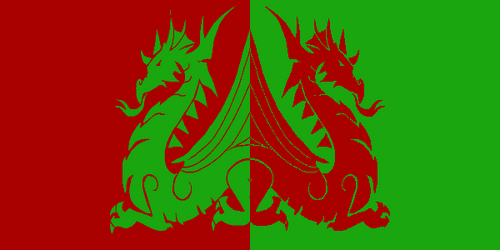 The Dragonians military is not that vast the Dragonians prefer quality over quantity and they prefer their ships to have a rate of 20-1 Dragonian ship or at least 10 like 10 enemy frigates to one Dragonian frigate.Those ships were used widely during the civil wars they have not gone to wars with another empire yet due to those wars.but they are ready to. below are pictures of the different ship types and its roles here is a more detailed explanation on Dragonian ships in the same order with the gallery:

Dragonian frigate-serves as the backbone of the dragonian fleet it is armed with basic laser armaments and plasma torpedo banks.It is the first interstellar ship and its most common warship.Dragonians are always upgrading its design and review its technical flaws to make sure it always adapts to newer frigates,here are its specifications: Ship name: Dragonian frigate aka warrior class Ship type: Frigate purpose:patrol,escorts, Date created:just before Dragonians reached the space age Armor:basic titanium alloys and unrefined Drognium Armaments:2 laser blasters,2 photon missile banks,prototype gravity beam and a sonic pulse launcher

300px These small fighters are armed with four laser cannons and cloaking device.They are sleek and hihgly maneuverable fighters they lack an hyperdrive though so must be deployed from either the planets or the Dragonian carrier

300px Another weapon made from project fortify.The Dragonian Planetary Assault ship is capable of destroying colonies easily armed with cloaking devices,A huge planetary laser and sets of laser cannons.They are a terrifying new weapon though they're not maneuverable and require escorts though their huge size means it'll take a lot of firepower to destroy

The Dragonian Government consist of the Emperor and a Grand Council.The Emperor is passed on from Father to son but in the event the Emperor has no heir a warrior respected by the people and has power in the government will be crowned as Emperor.The Grand council consist of 20 Different Elders 15 of which are elected while 5 of which are chosen by the emperor Himself.The Grand Council is responsible for making laws and handles military and economic affairs while the Emperor approves the laws and handles foreign affairs.

Despite the change of policy and chage from aggressive to ecologist and peaceful the Dragonians have a rich culture in which they are proud of.some of which are traditions.such as the singing of war songs before battles(which they still do)Dragonians also have a strict Tradition in which a Dragonian can not kill an unarmed being.Their culture also includes honorable duels,occasionally sparring and the telling of war stories.Each family has a hall of origins in which it is a large building in the land where that family's ancestors particularly came from it is decorated with the family's greatest trophies and awards.stealing from these buildings is a great insult to a family's honor.there is also a tradition called the merging in which when two dragonians wed their halls of origin will merge their trophies and commendations and the family will celebrate a new house The house will merge the names of both previous houses usually it will be a combination of the two names.

The Dragonians lives in seemingly the same kind of house.It has been accepted as the national home.but when one goes in they can see how different it is.A dragonian's house is decorated with all the trophies and commendation that family has owned.Some Dragonians live in specialized structures or in research stations some even live in their spaceships and star bases.But all dragonians are drawn to return to their world if at all possible.

Kicath Empire pretty much everyone else

Retrieved from "https://spore.fandom.com/wiki/Fiction:Dragonian_Star_Empire?oldid=445418"
Community content is available under CC-BY-SA unless otherwise noted.