"Mess with the dead, die with the rest"

Wraith Legion (High Dracid Lenara Specaterus) is a special operations legion operating under the Draconid Imperium primarily characterised by the fact that all members are registered as dead by all government records. The legion is highly secretive and relies on highly-trained enhanced soldiers who are sent on missions where an entire army of regular soldiers might be inappropriate.

The origins of Wraith Legion are unknown and shouded deep within the Imperium's past. At some point during the Imperium's second bionics revolution - where bionics had become commonplace on many provicial worlds and intallations.

An officer of the Imperial Talon Navy put forward the idea of creating an army of bionic warriors that were faster, stronger and far more durable than any purely-organic soldier. The proposal was shot down after critizxcisms that it involved amputating perfectly-healthy soldiers. Determined not to give up, this officer gave another proposal after seeing the list of terminally-injured soldiers. He proposed the Imperium could give them a second chance in life, a chance to still serve the Imperium and become healthier than ever before.

The Military Council agreed to fund for a small unit of these soldiers who were given the option that they could recieve bionic replacements free of charge from the government to return to service or die in a hospital bed. Many signed up but the new division only had the funding for a select number.

When the Military Council saw the success of the project and the growing interest in bionics developement they agreed to channel more funds until the division was the size of a small army. By this time the officer was old and command was given to other officers over the years. Not wanting to suffer the consequences of growing public backlash, newly-appointed commander 'Recariv' reformed the army into a special-forces division designed for more discreet operations. With a widening array of augmentations beocming available she capitalised on this, creating better and better operatives.

Wraith Legion hit another boom after the development of Morphis. Wraith Legion members no longer required amputations or surgery to recieve implants and could also create new implants on the spot from their own bodily material. Despite the rising popularity Wraith Legion members such as Operative Corteus (one of the first to be administered) still retained visible augmentations that still remained more capable than enhancing the internal body.

Outside of the highest echelons of the Imperum's Military Counil, it is unknown just how many members of Wraith Legion there are at any one time or waht operations are currently being carried out. What is known is that Wraith 'teans' are cells that can contain between a dozen to a hundred operatives.

Much information is kept secret from the imperial governemnt and indeed the imperial population, only existing in rumours and the occasional collaborative operation with mainstream forces. All Wraith Legion members have been rather thruthfully classified as dead, either killed in action or killed by some other means. Legion members will typically undergo cybernetic enhancement and the amount of enhancement varies from memeebr to member. Members always have access to the most advanced equipment and cybernetics available to the military as well as aumentations available on private markets. To keep them sane all members take durability training to cope with high-sstress situations where they are frequently behind enemy lines.

Legion members are typically resilliant and very difficult to slow down. Some such as Corteus become living weapons, replacing appendeges with deployable weaponry that they can use ot deadly effect.

There has always been a small chance of a soldier becoming a becoming a survivor even in the most horrendous and suicidal of situations. Those that beat these odds automatically become qualified to join Wraith Legion. As they recover (most often in hospital) they are approached by an administrators and give them the offer of signing up. When a potential member agrees he or she si transferred to a private hospital where they are given various body-enhancing cybernetic upgrades.

There have been reports that Wraith Legion has brought comatose soldiers beck to consciousness and provided them with an offer. Because the decision involves leaving friends and family behind, the decision is never easy in most cases. Sometimes the soldier will have little choice; being brought back only to exhume without the aid of cybernetics. Others accept the position for the chance of an exiting and high-risk lifestyle along with numerous quality-of-life benefits.

When a new member joins Wraith legion they are noted by the cencus bureaus as dead. From this point on all contacts are informed and the initiate becomes non-existant by most standards. All new agents discard their old names and take up a one-word codename unique to their cell. To distinguish from other cells they are adressed bytheir code name and cel name. Members train together and build strong co-operative bonds within cells or within task groups. Opertives often form partnerships and battle-teams where they become inseperable in field operations. 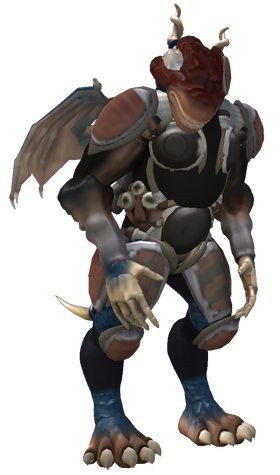 Before admission to Wraith Legion, Corteus was a stern and to-the-point sergeant of the Imperial Talon Navy who faced horrific injury when faced with the initial Mali'Zane threat in the late Andromeda War, the resulting injuries left him with numerous bone fractures, dislogements, cuts, bruises and left him severely incapacitated from the abdomen-down.

Corteus' role has been twofold: The first is that he is squad commander for Special Operations Squad Roskar, his other role has been as a plaform for Morphis nanotechnology, which forms the core of his abilities. Due to this infusion, Corteus possesses several key morphogenic abilities where a colony of Morphis nanomachines enhance his body at a whim, allowing him to restructure his bionic limbs into other forms as well as reshape their core structure to increase potency. As sergeant of Squad Roskar, Corteus hosts a bleeding-edge TacServ-670-C tactical suite in his brain that allows him to analyse the battlefield using AR software to identify key tactical points, enemy weaknesses and gives him feedback on his squad members' condition and capabilities.

While he has been level-headed for most of his career, Corteus was recently recalled from operations in Segmentum Adniliho after medics identified flare-ups of post-traumatic stress disorder developing, likely from his encounter with the Mali'Nar. 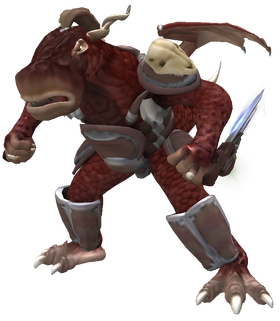 Soredus' name, even amongst Wraith Legion was kept highly classified to avoid backlash from both other wraith legion members and the public. Oniron's body was recovered from the remains of a Khaxvis Resurgence dreadnought after the conclusion of Operation: Rising Hydra.

Oniron is a rarity within the legion in that most of his enhancements were not given to him by the ITN. Medical experts learned athat during the reconstruction process, House Khaxvis had isntalled a substantial nounber of their own technology presumably to help as Volkarus' hitman and stand against opponents such as Tyraz.

Despite several years of service, Soredus sacrificed his life during Operation: Legionnaire to ensure that there was no way to reconstruct a Kvargo clone being developed by Torrent, he was devoured by Vorius after putting up an immense struggle, the only remains of him being a wing that had been severed in the fight.

A long-term member of the squad, Grukarb was admitted to Wraith Legion after an accident during an offensive against the Drakodominatus Tyranny in Northern Segmentum Draco where an out-of-control explosion lost him the use of his legs. Amongst Squad Roskar, his jovial attitude, especially with the application of various explosive devices, made hi ma firm favourite in the team, able to lighten the mood in any given situation.

Despite a dark and possibly warped sense of humour, psychological profiling finds nothing out-of-place with his mentality, and has proved himself surprisingly confident and resourceful. His augmentations revolve around explosive charges, grenade launchers and demolition aids, giving him the best software possible to allow him to identify the stress-points on any structure with a glance and where the application of an explosive device could prove effective. The ammunition fabricators within his body also produce a variety of shells for use in his shotgun as well as other ammunition from the squad. This energy-hungry implant means that it has been noted amongst the squad that Grukarb enjoys high-energy and high-carbohydrate foods during operations or active duty.

“Resourceful. Perhaps the Imperium is not wrong to rely on such cybernetic soldiers so long as the rest still have a chance?”

“So this is the Imperium's Agency, pretty much? Eh. Ours is still better.”

“I've got an idea. Put them and us lot in a bar and see what happens. Mmm. Beer.”

“Worthy of respect. Notable. Cooperation would prove interesting if a chance was a given.”

“The amount of dangerous secrets the Draconis are hiding from us is getting quite ominous.”