Power, glory, and God above all.

While they have no official caste system, the people of the Divine Kingdom are notably stratified, with two main categories: the "masses", or Korshi, composed of the majority of the population who serve mainly as lower-level workers; and the "nobles", or Ynvarshi, composed of artists, warriors, intellectuals, priests, bureaucrats, and other more prestigious roles. These positions are not strictly hereditary, though it is quite rare for members of Korshi families to join the ranks of the Ynvarshi and vice versa. 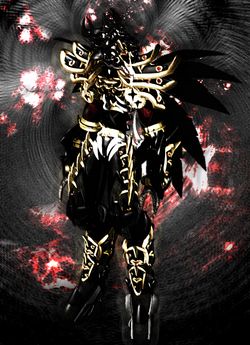 Warlord Vorhaith Nasshaeri is the supreme commander of the Storm Legions. 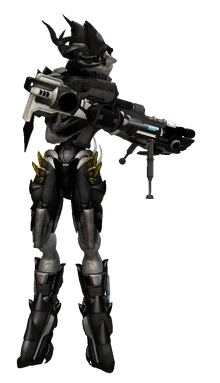 KTR11, real name Pherea Vathras, is the oldest surviving member of the KTR. A highly trained and experienced fighter, she specialises in long-range support, using her trusted sniper rifle to take down foes from afar with deadly precision.

KTR12, real name Gorshath Karaoshin, is a large, brutish Inthra and the second oldest member of the current KTR. His weapons of choice are a pair of electrified gauntlets and a large plasma cannon made for vehicular mounting which he fires from his hip.

KTR13, real name Shavrae Ethravi, is one of the deadliest sharpshooters in the Kingdom. A fairly long-standing member of the KTR, she was promoted from the Storm Legions in part due to her skill, and in part due to her unstable temperament resulting in difficulties within the ranks. Now among kindred spirits in the KTR, she hunts down the enemies of the Kingdom with vicious efficiency and glee. 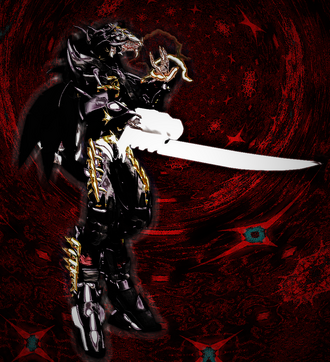 KTR14, real name Keraevath Eavar, is the younger brother of King Vaeshas XIV. Much like his sibling, he is exceedingly vain and arrogant due to being renowned throughout the kingdom for his appearance and status, and enjoys living in decadence and luxury between episodes of violence and war. While he possesses less overall skill in conventional combat than his comrades in the KTR, his above-average control over Essence more than makes up for this weakness. 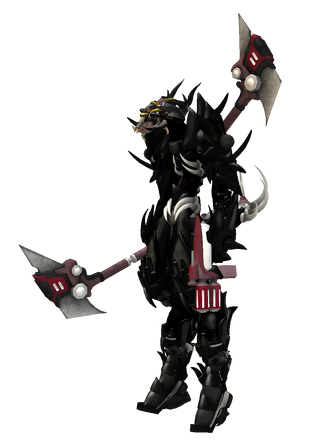 KTR15, real name Nevrathassar Veiraphi, is the newest recruit to the KTR.

"Keep your distance and we may be able to coexist."

"Give in to bloodshed."

A soldier of the Storm Legions.
Add a photo to this gallery
Retrieved from "https://spore.fandom.com/wiki/Fiction:Divine_Kingdom_of_Rhainash?oldid=860109"
Community content is available under CC-BY-SA unless otherwise noted.